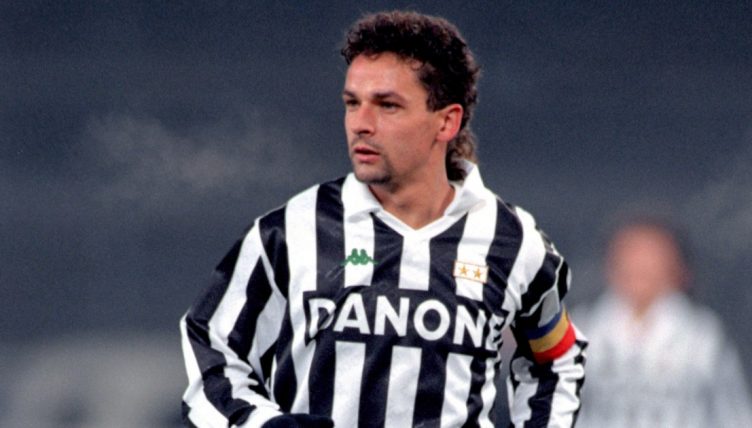 Nothing gets a fan’s pulse racing quite like a salacious transfer rumour. It doesn’t matter how old you are, and how many times you’ve been hurt before, there’s something about seeing a top, top player linked with your club that seduces your common sense.

In the 1990s, before the internet and social media, transfer gossip was still shrouded in mystery.

There was no Google to gather research on exotic names. And there were no ITK (In The Know) sources to ratify the rumours. What you saw was what you got. You were at the mercy of headline writers who would routinely pull on your heartstrings.

Still, even without the investigatory tools at our disposal, there were some stories that just didn’t pass the sniff test. Some transfer talk so barely believable that it could only be bollocks… surely?

In the summer of 1995, QPR fans were reeling from the loss of leading scorer Les Ferdinand to Newcastle United.

Sir Les’ goals had been the foundation for three Premier League seasons of top-10 finishes and with only youngsters Kevin Gallen and Danny Dichio left to lead the line – there were concerns at Loftus Road that they needed some experience up front.

So imagine the excitement amongst Rs fans when the Evening Standard reported that no less a star than World Cup runner-up Roberto Baggio was potentially on his way to west London. 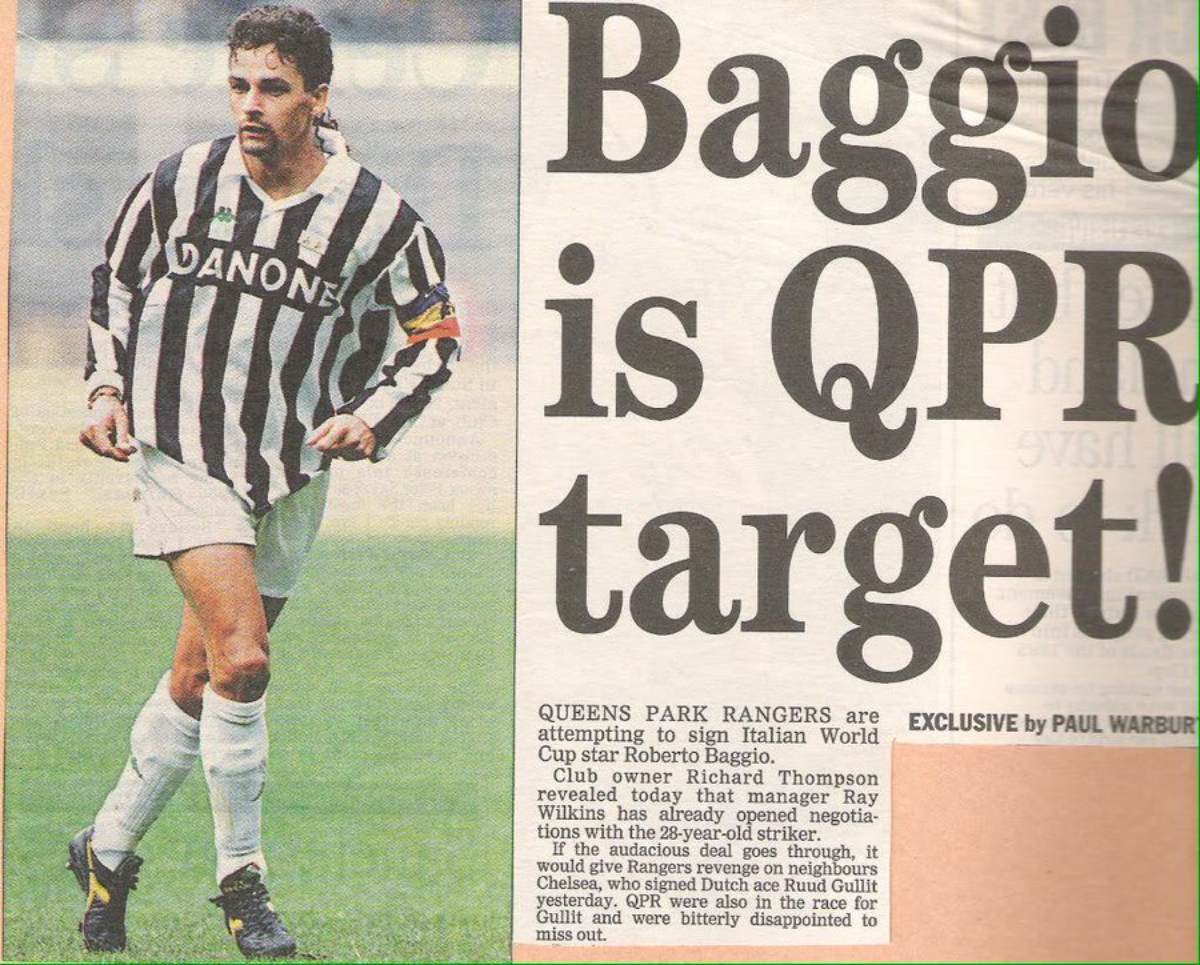 The Divine Ponytail was on his way out of Juventus, and despite rumours linking him to Inter Milan, Manchester United and Real Madrid, apparently Hoops’ boss Ray Wilkins had stolen a march on his other suitors.

Except he hadn’t. Despite Wilkins’ charm and his knowledge of Italian football, there was more chance of Baggio picking up the phone to Edward Scissorhands than anyone from Loftus Road.

That’s not to say that the headline was wrong. Technically, Baggio was indeed of interest – in the same way that as a teenager I was interested in carnal relations with Samantha Fox and Linda Lusardi.

Ultimately, Baggio moved to AC Milan where he would form a deadly partnership with George Weah and win the Scudetto. Meanwhile, Rangers did find the experience they were looking for in the shape of veteran striker Big Mark Hateley. He scored twice and QPR were relegated. 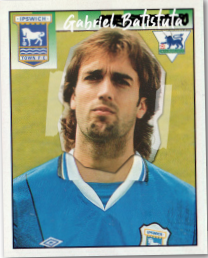 The year is 1994 and Fiorentina superstar Gabriel Batistuta has returned from the World Cup with his stock higher than ever before, as Argentina’s leading scorer in the USA. However, according to the Independent, all is not rosy in Florence.

Apparently Batigol, whose goals has seen La Viola promoted to Serie A, is looking for a new challenge. And according to reports he’s already signed a pre-contract agreement elsewhere which could have meant his famous partnership with incoming Portuguese star Rui Costa was over before it even started.

The destination? Portman Road. Maybe Batistuta wouldn’t miss those moments of Costa magic. After all, he was going to be united with Steve Sedgeley.

It’s hard to know precisely what scuppered the deal for the Argentinian. Did he think the language barrier would inhibit his partnership with Boncho Guentchev? Was he afraid of competition for places with Chris Kiwomya? Or was it the fact that the story was a complete fabrication?

Sadly we never did see that potentially deadly Guentchev-Batistuta axis, and Ipswich fans have spent the last 26 years wondering what might have been.

In reality, Town finished rock bottom of the Premier League in 1994-95. And you have to wonder if their forward line was really a priority. Their Player of the Season was goalkeeper Craig Forrest. He conceded 93 goals.

“Why would we want Zidane? We’ve got Tim Sherwood.”

Of all the things Jack Walker said and did for Blackburn, this was by some distance the worst.

No one would ever fault the chairman’s passion for his beloved Rovers, nor the extraordinary generosity that underpinned their 1995 title win. But his decision to turn down one of the greatest players that ever lived would come back to haunt him.

Unlike the rumours above, Zidane’s arrival at Ewood Park wasn’t the fantasy of a bored journalist sitting over his typewriter struggling to fill his weekly column.

The France international had agreed terms on a move alongside fellow countryman Christophe Dugarry – a move which would be the most exotic thing to happen to Lancashire since they started serving Prawn Cocktail crisps in The Rovers Return.

Meanwhile, Zidane would go on to win the Champions League, Serie A, La Liga, the European Championships and the World Cup, just for good measure. Tim Sherwood… didn’t.

Sid has teamed up with Quickly Kevin host Chris Scull to author Can We Not Knock It? A Celebration of 90s Football. From Ceefax to Subbuteo. From Des Lynam to Diana Ross’s penalty technique. It’s a tribute to the niche and the nonsense of the 90s. This article is an extract from the book, which you can pre-order here.