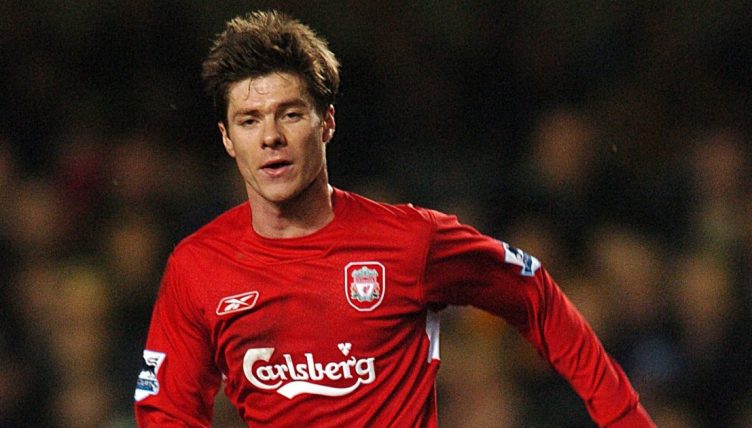 “It was clear Alonso was royalty after our first training session together in August 2004,” Steven Gerrard wrote in his autobiography. “He was, by some distance, the best central midfielder I ever played alongside.”

Given whose hand penned that sentence, it is high praise indeed. But ask whoever you want about Alonso and it is unlikely that you will hear any differing opinions.

The former Liverpool, Real Madrid and Bayern Munich midfielder was one of the most cerebrally-endowed footballers of his generation, a man capable of exerting complete mind control over the middle third of the pitch.

Jose Mourinho described Alonso as a “metronome”, a word which could be used to describe his passing just as it could to sum up the consistency of his performances. He never missed a beat.

Even those who watched him week-in, week-out would struggle to pick out a poor Alonso performance from their memory bank of matches. With him, there were two settings: good and better.

And when that latter setting was on, it was special. There were games he would take by the scruff of the neck when nothing else was working. In his Liverpool career, there were 19 goals, almost all of which were stunners.

But, if possible, Alonso preferred to pull the strings from far deeper, to be the man who sent his team-mates flying forwards rather than making those surges himself.

And perhaps the greatest single expression of that preference came just over a year into his time at Anfield.

Going into the 2005-06 season, Liverpool were Champions League holders, Alonso having helped Rafael Benitez’s side to the European Cup in his first season in England. Having achieved such a feat, dreams of a first Premier League title in a decade and half filled heads on the Red side of town.

Yet those dreams quickly faded. Four draws and two losses in their first eight games suggested the Merseysiders were still suffering the hangover of that intoxicatingly surreal night in Istanbul. 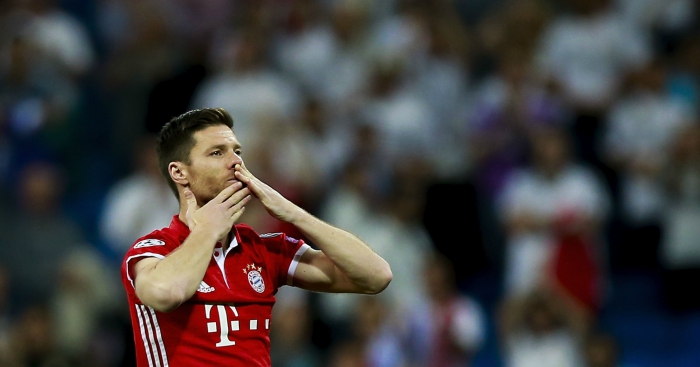 Yet as the leaves fell and autumn turned to winter, the Reds suddenly recovered and went on a barnstorming run.

Remember we said Alonso could take games by the scruff? Well, it was him who started the run, scoring with a low, 25-yard shot against West Ham at Anfield in October that put Liverpool into the lead – a lead they would not relinquish in a victory that helped revive their season.

In the following weeks, Aston Villa, Portsmouth and Manchester City were put to the sword. But the Reds were still seventh in the table, below Wigan, when they travelled to Sunderland on November 20.

The opening half an hour of the game at the Stadium of Light was dull. Liverpool dominated, but nothing much was happening for them in front of goal.

Then Alonso turned on the magic. A long hop from Reina was headed out by Titus Bramble, a contested ball in midfield fell in Alonso’s direction.

There was nothing on, nothing that any of the other 33,000 or so people at the stadium could see. In fact, there was nothing Alonso could see either. Not at the exact moment the ball dropped to him. He was facing his own goal, just on the edge of the centre circle in Liverpool’s half.

But he knew precisely what to do. Instinct? Perhaps. A move rehearsed on the training ground? Possibly. Had he had a look over his shoulder while the camera wasn’t on him? Only he will know that.

All we can say is that Alonso allowed the ball to bounce once and run across his body from left to right, before swivelling on the toe of his right foot and extending his weaker – weaker, not weak – left, sending a first-time pass pinging into the path of Luis Garcia, who had darted from out to in.

Garcia ran onto the ball and his task was made relatively simple by Ben Alnwick’s odd attempt at a block.

As it unfolded, Martin Tyler on commentary said the ball was “speculative.” We would beg to differ. We’re not blaming Tyler, he had just milliseconds to choose his words and seeing a pass like that from any normal footballer would make you think: what the bloody hell are they trying that for?

But ‘speculative’ has two definitions: (1) “engaged in, expressing, or based on conjecture rather than knowledge,” and (2) “(of an investment) involving a high risk of loss.”

See, it was wrong. Alonso did not speculate. “A high risk of loss”? “Conjecture rather than knowledge”? We think not. Look again. Does Alonso look like a man who knows not what he does?

And, as if he had heard that questioning description of his first assist, Alonso set about conjuring another to prove that he was fully cognizant of all the minutiae of his actions and movements and the consequences they may have.

Seconds before the break, Alonso picked up possession near the half way line again, this time further to the right. He looked left; nothing doing. He dragged it back and looked the other way.

Then it came, a pass not quite so impossible as the first but just as mind-bendingly pinpoint and devastatingly defence-splitting.

Steven Gerrard against Sunderland in 2005. @XabiAlonso’s passing was unbelievable. pic.twitter.com/1d10vjNZWE

Gerrard took a touch, skipped past Alnwick and put the ball in the net. And with that, the game was over. The win settled. Alonso, with a swish of the left boot and a swish of the right had decided the destination of the three points.

By that point Manchester United and Chelsea were involved in a two-horse race for the title, but with those three points, Liverpool moved into fourth – and in the top four they would stay, right until the end of the season, guaranteeing another European campaign that would see them reach the Champions League final once again.

Alonso’s goal against West Ham had started the run of form that led them back up the table and his sublime passes against Sunderland had completed it.

“The team has a clear idea of what we have to do in each game,” Benitez said post-match. It was Alonso doing the thinking.

But those goals and in particular those defence-cutting passes forever be etched on the collective Merseyside memory.