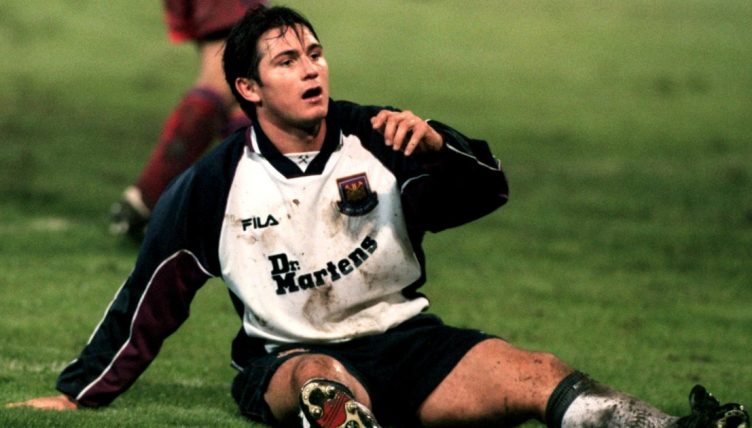 West Ham and European competition are about as well-matched as Norwich City and Premier League consolidation.

David Moyes’s surprisingly successful campaign last season ensured the Hammers automatically qualified for the group stage of a European competition for the first time since the dawn of the Premier League era, a time span that has seen their sporadic and largely pitiful attempts to bring glorious European nights to east London mirror their ever-fluctuating fortunes.

Even a record-high fifth-place finish was not enough to guarantee UEFA Cup football for Harry Redknapp’s side the previous season.

With only one automatic qualification spot, West Ham were faced three two-legged ties in the less glamorous, now-defunct Intertoto Cup to earn a place in the UEFA Cup first round.

Four of the games were played before the new Premier League season started, and after beating Finnish side FC Jokerit and Dutch outfit SC Heerenveen, West Ham narrowly lost the home leg of the final 1-0 to Metz.

They managed to win the return leg convincingly 3-1 at the Saint-Symphorien Stadium, a night that Harry Redknapp has since described as his “greatest night as West Ham’s manager”.

For long-term club servant Steve Lomas, the trophy presentation did not extend to even a winner’s medal.

“The trophy was so small. It’s the only trophy I won in my career – that little egg-sized cup… I think John Moncur might have kicked it across the changing room, so in West Ham’s trophy cabinet there might be a dent in it,” Lomas told The Athletic in 2019.

Having qualified for the UEFA Cup first round proper, they were drawn against NK Osijek of Croatia, where the war of independence had finished four years prior.

“The place we stayed in was a hospital, which had been converted into a hotel, and Igor Stimac knew the guys that had defended the city. I remember him showing us where the town had been badly hit,” Lomas recalled to The Athletic.

“There were a lot of people and then this guy opened up the boot in his car and there was an arsenal of weapons, from AK-47s to Uzis. I think 300 people defended the city during the civil war. I thought Belfast was bad until I saw that place.”

Despite that shock, light work was made of NK Osijek, overcoming the Croatian side 6-1 on aggregate. However, the Hammers’ bubble was to be burst by a side from a country they would return to in years to come.

A disappointing 2-0 defeat in Romania to Steaua Bucharest – courtesy of two shocking examples from the East London School of Defending – was followed by a freakish 0-0 draw back at Upton Park that somehow remained goalless despite both sides peppering each other’s goals with long-range efforts.

Thanks to a remarkable display of agile goalkeeping, West Ham’s European dreams ended in early November.

Harry Redknapp left the club at the end of the following season and, in true West Ham-style, the club were relegated two years later. 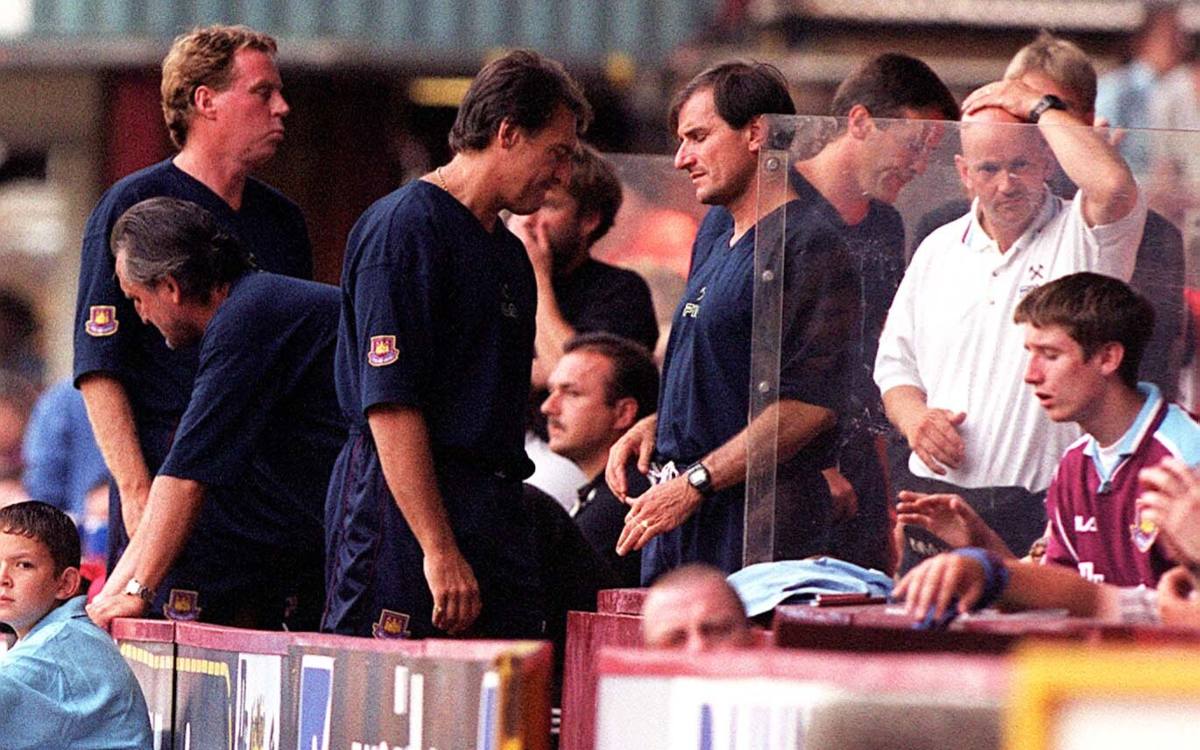 Alan Pardew’s West Ham side had managed to exceed expectations upon their return to the Premier League, achieving UEFA Cup first-round qualification after their run to the 2006 FA Cup Final to Liverpool, and were drawn with then-Serie A side Palermo.

Anglo-Sicilian relations did not get off to the most agreeable of starts as several West Ham fans snapped up several ill-advised custom-designed T-shirts bearing the slogan “The Hammers vs The Mafia” outside Upton Park before the first leg.

Expectation had been high after the club had only weeks before stunned the football world by announcing the signing of Argentinian internationals Carlos Tevez and Javier Mascherano.

Both players were given their first starts as West Ham lost the first leg to a clinical Andrea Caracciolo penalty-box finish on the stroke of half-time.

The second leg was simply a disaster of seismic proportions for both team and club.

The West Ham supporters who had managed to avoid being arrested before the game then occupied a large corner of the Stadio Renzo Barbero and, accustomed to their team’s customary Euro cup competition ineptitude, would not have been shocked by the display that unfolded in front of their eyes.

Pardew went for a bold team selection with an attacking trio that included Marlon Harewood, Carlton Cole and Tevez, all of whom spurned chances in a first half dominated by West Ham. The pick of the bunch was an acrobatic overhead kick from Harewood brilliantly saved by the 39-year-old Palermo keeper Alberto Fontana, who showed the reflexes of a stopper half his age.

Yet before half-time, West Ham were made to pay for their profligacy when they conceded from a shortly-taken free-kick and their misery was compounded by shipping two second-half goals on the counter-attack while chasing the tie.

Their European dream had again been dashed before it had even started and Alan Pardew was sacked 10 weeks later. 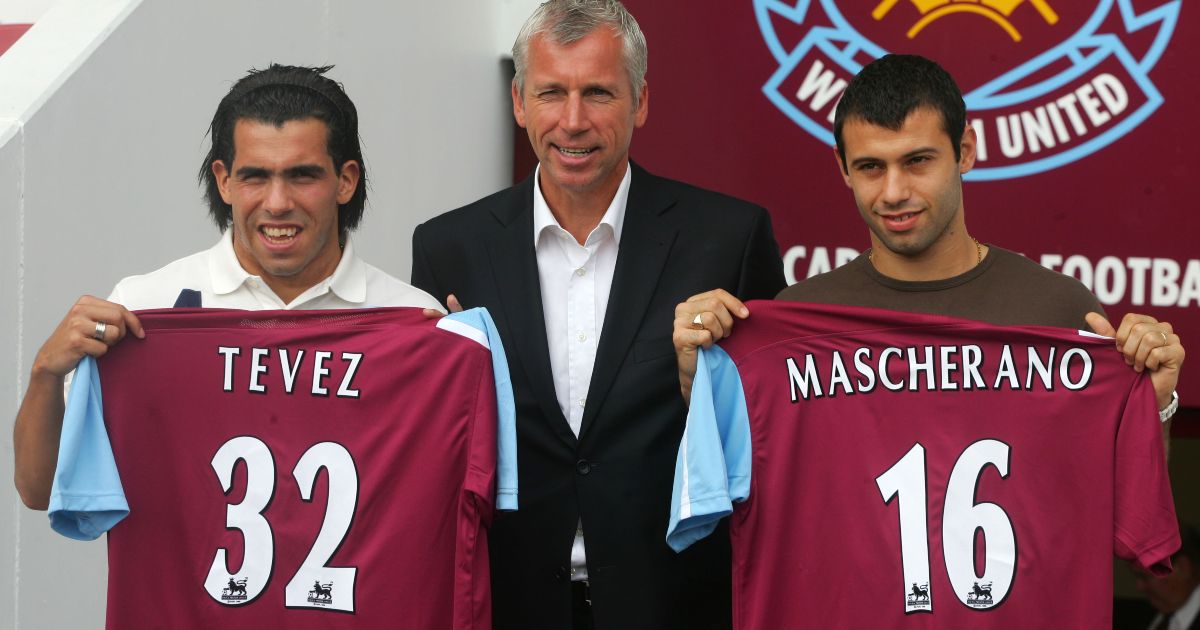 By the end of Sam Allardyce’s tenure at the club, West Ham boasted the enviable honour of topping the Fair Play League.

Entering the first qualifying round on July 2, West Ham made it smoothly past Andorran side Lusitanos, despite an early red card for Diafra Sakho.

The second round was not such plain sailing for a side transitioning to a change in management style under Slaven Bilic. West Ham required a penalty shootout to progress past plucky Maltese side Birkirkara FC after going down to ten men again following a James Tomkins dismissal for an innocuous shove.

Romanian side Astra Giurgiu, conquerors of Inverness Caledonian Thistle, were their third-round opponents.

Bilic’s men looked in cruise control for the first hour of the game until, almost fatalistically, they self-destructed when James Collins saw red for a second yellow.

West Ham’s “fair play” tag had gone from being an amusing joke to be an entirely farcical notion.

Predictably, they conceded twice in the final twenty minutes – the second a desperate clearance from Angelo Ogbonna that looped over his own goalkeeper – to hand control of the tie back to the Romanians who won the second leg 2-1 over a youthful Hammers side.

On this day in 2015 West Ham drew 2-2 with Romanian side Astra Giurgiu in a Europa League qualifying round 3 1st leg at Upton Park with 33,858 in attendance.

A memorable farewell to the Boleyn Stadium had delivered a seventh-place finish, earning a Europa League third round qualifying spot thanks to Manchester United’s FA Cup Final victory.

And come the start of the new season their fans were still delirious from the scintillating football played by their Dimitri Payet-inspired team.

Making their debuts at their new London Stadium home, expectation was higher than ever welcoming NK Domzale of Slovenia, who were dispatched with a comfortable 3-0 win, a week after a less-convincing performance in the 2-1 away defeat.

All eyes were wide open, ready to see who would stand between them and the seemingly elusive European group stages.

Enter a familiar name that still occupied the headspace of many a Hammers fan: Astra Giurgiu, last season’s third-round opponents.

This time Bilic’s men faced the trip to Southern Romania first, and came away with a 1-1 draw in a largely uneventful game.

The return leg was arguably the toughest exit for Hammers fans to stomach; eliminated by a side that had only won one of their five domestic games that season, despite dominating proceedings from the first minute and missing a hatful of chances.

They fell behind on the stroke of half-time during a rare opposition counter-attack and despite seventeen attempts on goal – including two incredible point-blank stops from the Romanian stopper – they trudged off at full-time, eliminated at the same stage, to the same team, the crowd utterly unsurprised but still bitterly disappointed.

David Moyes must be thanking his lucky start that there are no qualifying games to get past this season. He’ll also be glad to know that Astra Giurgiu now play in the Romanian second tier.