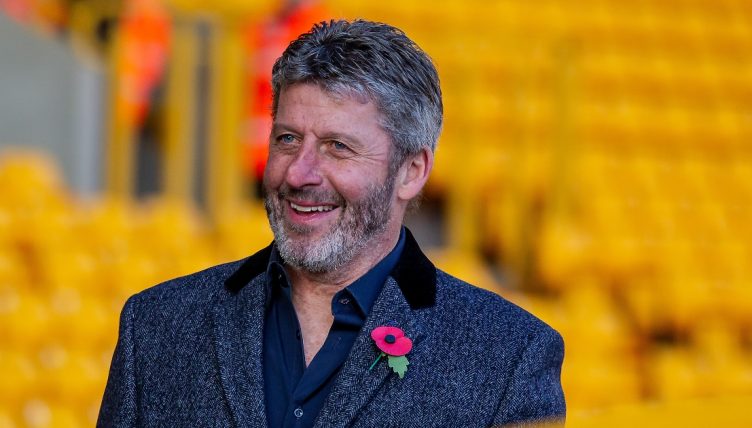 It was the footballing equivalent of moving Coronation Street to the BBC, making Songs of Praise pay-per-view or simply executing Ant & Dec by firing squad.

Back in 2000, ITV shocked the nation by winning the rights for Premiership highlights and unceremoniously cancelling Match of the Day in the process.

There’s no downplaying the seismic nature of the news. Match of the Day was a cultural institution, with a theme tune hummable by the non-cave-dwelling population and a plethora of recognisable commentators and pundits.

Clearly, ITV had their work cut out to convince audiences of their suitability. Already finding themselves 1-0 down through the necessity of adverts, the station decided to embrace technology in order to steal a march on their rivals.

Regular pundit Terry Venables was given a ProZone board and told to educate the masses through the medium of squiggles from his electronic pen.

“I distinctly remember me and Macca (Paul McNamara, producer) raising eyebrows at it, we were concerned,” programme editor Tony Pastor told The Athletic in December 2021.

“But I know the thinking: Channel 4 had made a big splash by innovating around cricket, and there was a strong feeling that we needed our technical innovations to push on the coverage of football.”

Ultimately, apart from a banging title sequence, the show would end up being defined by another of its technological introductions.

While many would have supported the concept of isolating Townsend in a little box away from the main action, the mere mention of the Tactics Truck is still liable to make a generation of football supporters shudder.

The concept was simple enough; supported by a team of computer geeks, the former Republic of Ireland international would sit inside a production truck at a Premiership ground, analysing the action before interviewing a player after the match.

In practice, it was farcical.

In the truck’s first outing, Middlesbrough defender Ugo Ehiogu was forced to sit and listen to Townsend saying things like: “I do feel in the first half you gave them a lot of room,” over footage of Ehiogu giving Arsenal’s attackers too much room.

To his eternal credit, Ehiogu resisted the temptation to grab Townsend by the collar and shove his head through one of the truck’s many television screens.

A few weeks later, enterprising staff at Chelsea began towing the truck away upon noticing it was illegally parked outside Stamford Bridge.

Townsend was on air at the time and could be heard swearing in protest. Unfortunately, no footage remains of the incident.

Indeed, no footage of the Tactics Truck existed anywhere until a clip of Townsend chatting to Aston Villa striker Dion Dublin appeared on YouTube in 2020.

After Villa had won 3-1 at Liverpool in September 2001, Dublin was lured into the truck while still wearing his training kit.

The concept’s limitations quickly become apparent. With an interviewing technique more akin to a GCSE Media Studies student, Townsend achieved the impossible and made the viewer yearn for the incisive analysis of Robbie Earle.

Dublin easily navigates a string of soft questions, pausing to claim Steven Gerrard was unlucky to be dismissed for a tackle that’d carry a prison sentence today, before forgetting the name of Villa’s upcoming UEFA Cup opponents.

The dark surroundings, only illuminated by ‘The Premiership’ logo hovering in the background, contributed to the impression of accidentally walking into the Crimewatch studios rather than a light-entertainment programme.

In the most merciful of mercy killings, ITV quietly ditched the Tactics Truck before the clocks went back. By 2004, Match of the Day had re-acquired Premier League highlights and everybody breathed a sigh of relief.

“There wasn’t enough football, there could have been more,” Des Lynam recalled to The Athletic. “They were filling up what could have been football time with the Tactics Truck and ProZone. It was a bit of a mess really.”

Quite. By the time ITV had realised their mistake and put the emphasis squarely on the football, the impression that crystalised was that the show was a failure.

The decision to air the initial programmes at 7pm, replacing Blind Date in the schedules, caused uproar against The Premiership – and made an enemy of Cilla Black in the process.

Upon reflection, the producers tried to change too much, too soon and failed to recognise how entrenched Match of the Day was within the British psyche.

As lead commentator Clive Tyldesley summarised: “We didn’t reinvent the wheel as much as put rollers on instead of wheels, and completely change the engine.”

Twenty years on, Townsend and his Tactics Truck remain notorious. Although, like the infamously bad film The Room, its inherent shitness does lend itself to enjoyment looking back.

Jack Charlton’s secret before the WC quarter-final? ‘A barrel of Guinness’