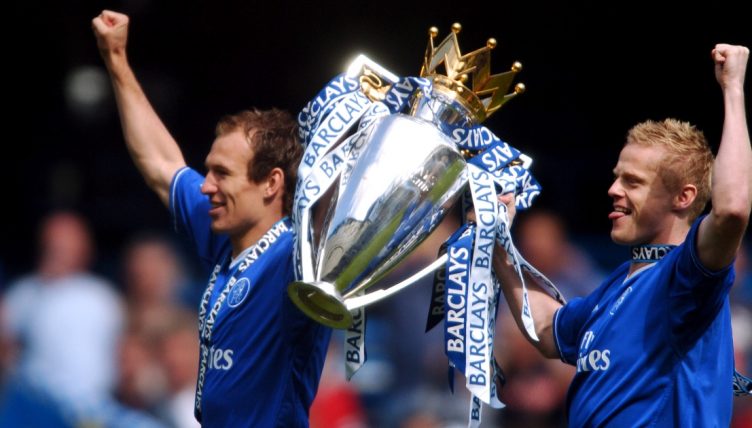 When Jose Mourinho first arrived at Chelsea in the summer of 2004, he had a few pieces of business in mind, but a couple of deals had already been done for him.

Paulo Ferreira and Ricardo Carvalho followed Mourinho over from Porto, ensuring some continuity for the manager, while attacking target Didier Drogba was also snapped up with Mourinho in charge.

However, Petr Cech’s arrival from Rennes was agreed during the previous season, with Claudio Ranieri still at the helm, as was the just-as-important recruitment of Arjen Robben from PSV Eindhoven.

Mourinho’s success, as with so many managers coming to a new league, was built on a combination of his well-chosen targets and the players whose introduction he had no say in – the skill came in blending the two.

And so, while bringing the same defensive solidity he provided in the previous season’s run to Champions League glory, Mourinho had the luxury of a handful of exciting attacking players who he might not have otherwise had at his disposal.

Robben was chief among them, and the manager deserves credit for imparting a system where the Dutchman could dovetail so well with another pre-Mourinho player, Damien Duff.

The pair might not have seemed the most obvious candidates for such a dynamic partnership, but when Duff set up Robben for his first Chelsea goal it looked like they’d been finishing each other’s sentences for years.

It came against CSKA Moscow in the Champions League and was one of those goals that looks so easy purely because it’s so difficult to pull off. The CSKA defenders were present as Robben dropped his shoulder to play in the Irishman before receiving Duff’s backheel and making space for a low finish, but they were only there as spectators.

Sometimes you don’t want to destroy someone’s rhythm, even if that’s literally your job – sometimes it’s so easy on the eye that you feel the need to just watch. Igor Akinfeev knows this, which is why he doesn’t even bother with a dive for fear of spoiling the cleanliness of the move.

That season, and the following campaign, Chelsea were the kind of team that could ensure the calm before the storm lasted as long as they wanted it to, while guaranteeing the storm itself caused enough devastation in a matter of seconds.

This is difficult enough to deal with when a team is porous at the back, but Mourinho’s Blues – with their 37 goals conceded across two seasons – had such quality that when they were able to use the pace and subtlety of Robben and Duff, you stood no chance.

Chelsea didn’t have the luxury of starting the pair in every available game, but even one of the two was enough of a threat. When both worked in tandem, hooo boy!

Against Charlton, in that second season, Robben turned calm into storm so subtly you didn’t even realise he was doing it.

Having forced Duff to release the ball rather than cutting in from the right, Charlton’s defenders might have felt just about ready to exhale, yet Robben stroked the ball into the far corner so calmly that it was halfway in before anyone realised there was any danger.

When you’re playing alongside someone who seems like a slightly altered version of yourself, it can sometimes be a hindrance, as you invariably end up getting in each other’s way.

However, as Robben and Duff showed, there can be benefits – not least knowing where your alter ego will run because you share their movements.

We saw this with Duff’s strike against Aston Villa, when Robben fed the ball into the exact spot where a second Arjen Robben might want to receive it, and sure enough Duff scored what is now known as ‘the Robben goal’.

Any defender preparing to face that Chelsea side must have been tempted to fake injury simply to protect their own pride, and honestly, would you have begrudged them a day off when that sort of punishment was the alternative?

Back then, before single super-dominant powers in English football had become the norm, the sight of pace and energy breaking a team down in one fell swoop was as exciting as it got. It was football sped up to the point of feeling like not just a different sport but a different breed of sport; football-as-basketball – but just one-way.