Remembering Atalanta on Champ Man 01/02, the most annoying team ever 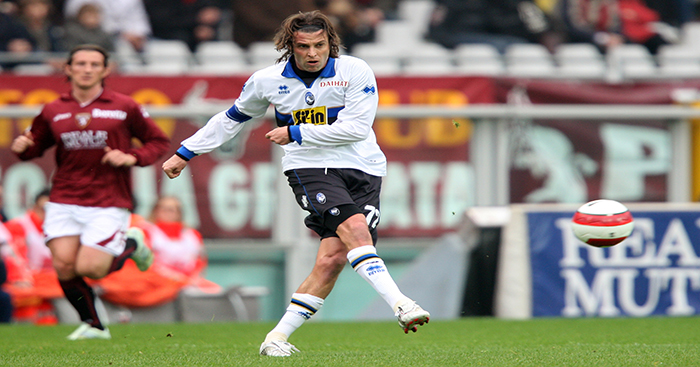 They may be everyone’s second-favourite team now, but the Atalanta side of Championship Manager 01/02 was infuriating to face.

If there was one team that won their way into the hearts of football fans throughout the world in 2019-20, it was Atalanta. In no small part, it was thanks to their gung-ho attacking philosophy, spearheaded by Josip Ilicic, Duvan Zapata and Luis Muriel, who combined to score 59 goals in all competitions.

With 98 goals, Atalanta broke the record for the most goals in a single Serie A season, finishing just five points behind Juventus, while also coming within minutes of the Champions League semi-finals. For any neutral, Atalanta had to be one of the teams they got behind this season.

However, if you have ever played Championship Manager 01/02, you’ll know that Atalanta were – at least on the game – the single most infuriating team you could ever come across.

It’s a rough estimate, but I played CM01/02 for over 5,000 hours in total, taking Darlington to the Champions League final or gifting Roberto Baggio another Scudetto at Brescia.

Yet despite all of the hours put into the game, there was always one team that, regardless of how good mine was or how badly I had cheated, I could never beat: Atalanta.

They had Massimo Taibi in goal, which should be an indication of a team that anyone should be beating. But it wasn’t the case, from defenders who made essential game cheatcode Maxim Tsigalko look like Kevin Kyle to midfielders that won possession back constantly.

Up top, they had Fausto Rossini, a man who in real life scored just 32 times in his career. On Championship Manager, however, he was every great striker rolled into one with a price-tag that even Manchester City’s owners would raise an eyebrow at.

He was strong, tall, quick, excellent in the air and just as good at goal poaching. It didn’t matter who you had at the back – you could use the editor to give the ageing Aldair 20 pace or even sign Taribo West – you were going to concede to Rossini.

As the opposing manager, the problem was that he was also surrounded by players that were excellent at giving him the ball. To top it off, he was partnered by Gianni Comandini – rapid, could run all day, very tricky. 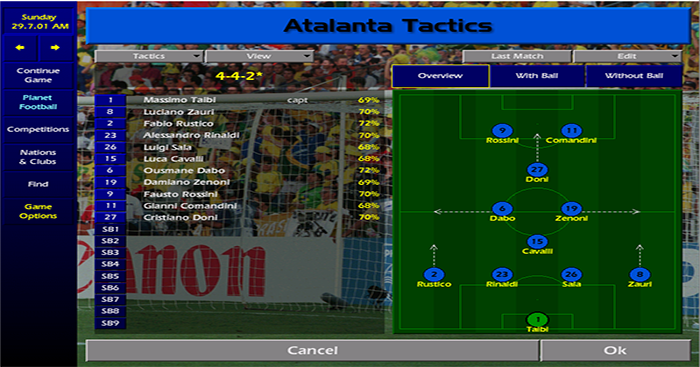 Every game against Atalanta had a similar feel. You would likely take the lead early on only for them to equalise before half-time, usually through Rossini.

The minutes would pass by, you’d naively accept that a draw is fine and bring Mike Duff and Ibrahim Said on to sure things up. Then attacking midfielder Cristiano Doni would work his magic like the shit he was, and before you knew it you’d have lost 3-1 with the entire Atalanta team rated nines and 10s.

Doni was a true menace and an excellent signing if you could prise him away from Atalanta (good luck affording him). As attacking midfielders go, he was among the best in the game, strong in just about every attribute that you would want from your long-haired, low-socked Italian playmaker.

Being on the receiving end of one of his 89th-minute free-kicks or nonsense penalties was enough to consider never playing in Italy again. It didn’t matter where you went, though: if you were competing in European competition, you were going to end up facing Atalanta and Doni at some point.

Even if you tried to save England from Sven and his insistent use of Nick Barmby, you’d run into Doni and Italy – and get destroyed. 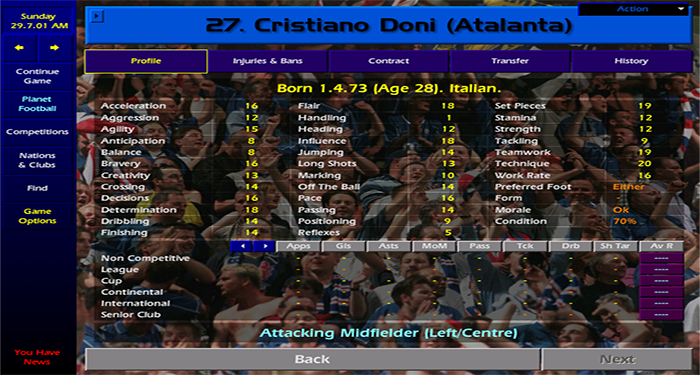 If Doni and Rossini didn’t have their way with you, you’d likely never make it past this midfield trio.

Ousmane Dabo was as strong as an ox and the perfect midfield general with 20 strength and high ratings for work-rate, stamina, tackling, aggression and determination. Damiano Zenoni was the box-to-box midfielder who popped up all over the place with some of the most well-rounded attributes on the game, and Luciano Zauri had an annoying amount of goals in him for someone who was supposed to be a wing-back, bombing up and down the flanks with his excellent physical stats.

Zauri, in particular, was an excellent signing yet isn’t remembered as fondly as the likes of Mike Duff or Marko Rehmer.

Thankfully, you could afford to pick up either Zauri or Dabo (long before the latter flopped at Manchester City, although you probably wouldn’t sign Joey Barton to partner him) for just under £10million, meaning you could give Atalanta a taste of their own medicine.

Every match against Atalanta was torture, costing me not only league titles but in one case, the Champions League, through what felt simply unfair. It didn’t matter what you did, who you were or how you lined up; you weren’t going to win.

The battles against Atalanta became something that not only I experienced but friends, classmates and relatives too. My friend’s dad was often left exasperated that they had undone his star-studded Inter Milan team featuring Ronaldinho, Ronaldo and Cristian Vieri.

We’d spend lunchtimes at school discussing how to beat them, with the ideas ranging from adding a second manager and cheating, to playing no striker long before Craig Levein made it trendy. There was an unwritten rule with friends that if you managed them, then any achievement was null and void.

They were such a problem that you were left with the option of either leaving it to your assistant manager or just cheating. They deserved the latter because they were ruiners of fun. And that’s how I continue to justify it to myself to this day.