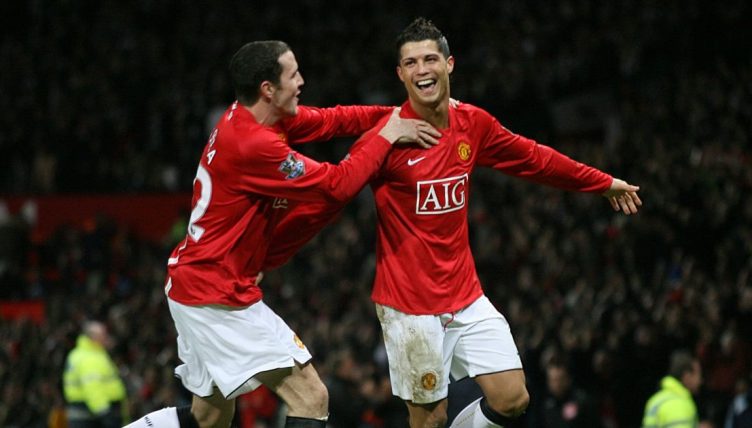 Never satisfied at just scoring one goal in a game, Cristiano Ronaldo’s ruthlessness has undoubtedly made him one of the greatest footballers of all time.

Having won 58 match balls during his illustrious career, Ronaldo has a collection of hat-tricks that is better than most players’ goal collections.

“People ask who the best player in the world is. Plenty say it’s [Lionel] Messi and you can’t dispute that opinion,” Sir Alex Ferguson told the BBC in 2015.

“But Ronaldo could play for Millwall, Queens Park Rangers, Doncaster Rovers or anyone, and score a hat-trick in any game. I’m not sure Messi could do that.”

Yet during his six years under Ferguson at Old Trafford, however, Ronaldo only managed one hat-trick for Manchester United.

Having joined United as a raw talent in 2003, he was initially branded a show pony due to his flashy skills and a frustrating lack of end product.

Over his first three promising, if unspectacular, seasons at Old Trafford, he scored 27 goals in 137 games in all competitions and regularly lost bets with Ferguson for not hitting his targets.

The penny finally dropped in 2006 and Ronaldo was discovering that it was goals, not step-overs, that win games. He honed his incredible natural talent and registered 23 goals in all competitions in 2006-07 as United won the Premier League title.

“When he came to Manchester United he was a show pony, he wanted to do skills, he wanted to show how good he was,” Rio Ferdinand told BT Sport in 2015. “Then, he realised it was about end product.

“To become the best player in the world it was purely about scoring goals or setting up others and having an impact on games.”

Despite scoring 13 braces during his first four-and-a-half years at United, he could never seem to make it a magic three inside 90 minutes.

Desperate to get this monkey off his back, a home game against a managerless Newcastle United side in January 2008 felt like the perfect opportunity, but the Magpies initially frustrated their hosts and the two sides went into the break level.

But the goalless first half merely proved to be the prelude to a massacre at Old Trafford.

Within three minutes of the restart, the Portugal international broke the deadlock with a low free-kick that snuck underneath the jumping wall and took everybody by surprise.

The perfect way to kickstart a memorable #MUFC hat-trick from @Cristiano 🎯#GoalOfTheDay pic.twitter.com/LBUNnGJshY

The floodgates were suddenly open and Carlos Tevez capitalised on some poor defending from the visitors to make it 2-0 in the 55th minute.

While Newcastle were the creators of their downfall for the second goal, there was absolutely nothing they could do about the third.

United’s devastating front three of Ronaldo, Tevez and Wayne Rooney ripped Newcastle’s defence apart at will and the trio combined in a superb flowing move in the 69th minute.

Rooney laid the ball off to Tevez, who then spotted Ronaldo’s run into the box and dissected Newcastle’s backline with a brilliant pass.

United’s No.7 immediately killed the ball stone dead and with his second touch side-footed a composed strike past the advancing Shay Given. The visitors didn’t know what had hit them.

.@Cristiano fires in his second en route to a hat-trick v Newcastle in 2008. #MUFC pic.twitter.com/X5l9VX2Ya4

Rio Ferdinand volleyed in a fourth after 85 minutes but it looked set to be yet another brace for Ronaldo, still cutting a frustrated figure despite the fact United were about to go back to the top of the Premier League.

With just three minutes remaining, he finally sealed his treble by sending Cacapa back to Tyneside before firing a deflected shot past Given, taking his tally to 22 goals for the season.

Ronaldo couldn’t hide his delight when the ball hit the back of the net for the third time.

Following their win over Newcastle, Ronaldo was en route to scoring 42 goals in all competitions in 2007-08 while helping steer United to a Premier League and Champions League double.

Asked why it had taken him so long to score a hat-trick, Ronaldo merely replied: “If I score two goals every game, I am very happy.”

Given another 57 trebles have followed over the last 14 years, we somehow find that very hard to believe.