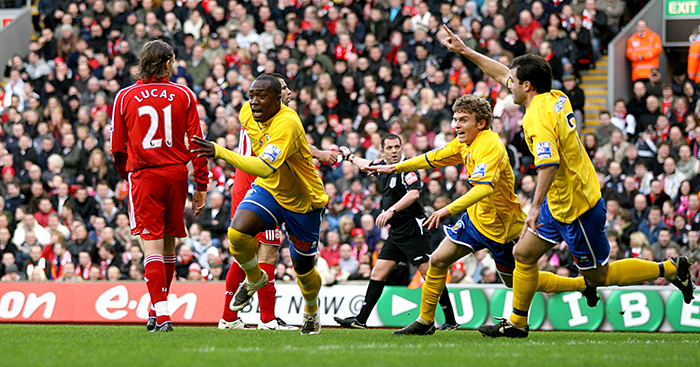 On January 26, 2008, Conference South side Havant & Waterlooville led Liverpool not once but twice in the FA Cup fourth round. We spoke to the man who opened the scoring that day…

It was the experience of a lifetime for the part-timers at Anfield, playing against a side that had featured in two of the previous three Champions League finals, and though they were ultimately beaten 5-2, their performance that day will forever be remembered by the fans who witnessed it.

It was remarkable Havant had even got to that stage to begin with – they had already won seven ties, including consecutive 1-0 wins at York City and Notts County and then a replay victory over Swansea City in the third round.

The Hawks had rued landing the then-League One side, fearing they had missed their chance of facing one of the big boys, but their story was not finished yet.

“We’d had some tough games but we were actually disappointed to draw Swansea,” says Richard Pacquette, who was a striker for the club at the time.

“We wanted a big Premier League team and we knew Swansea would be tough. We went there and in all honesty we were quite lucky to come away with a draw.” 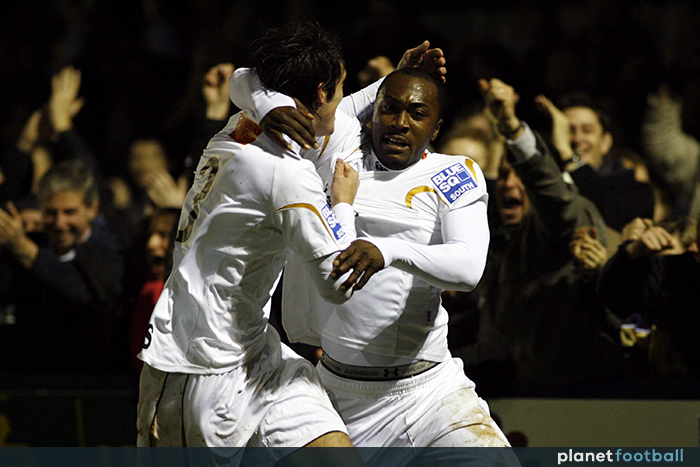 It was a different story in the replay at Havant’s Westleigh Park, however, with the congested crowd of over 4,000 causing a temporary delay to kick-off on a night in which the two sides already knew the prize on offer for the victor.

“We found out before the Swansea replay that we’d have Liverpool away,” Pacquette says. “It certainly added a bit more of an edge to the game that night.

And what a game it turned out to be, in front of a rocking crowd on what Pacquette describes as a “tough pitch”.

The Hawks took the lead inside five minutes when Garry Monk converted past his own goalkeeper and were 3-0 up by the 40th minute, with Pacquette among the scorers, but by the 50th it was 3-2.

Then, with just over 20 minutes to go, Havant scored again to seal an incredible win and a trip to Anfield 10 days later.

“We had to try and prepare for the match the same as we always did,” says Pacquette. “Obviously the build-up was a bit different because we had media coming down to do interviews and talk to the players, but we also had to make sure we were ready for the game.”

Pacquette was just 24 at the time but already playing for his 15th club. Havant were the first he had spent more than a season with since leaving QPR, where he had started his career as a teenager, but his nomadic career certainly hadn’t knocked his confidence.

“I’m not being arrogant but I did fancy myself to score,” he says. “I remember looking at the betting odds the week before the game and I was 50/1 to score first – I told a few mates to get on it! I just had a feeling I would score.

“I remember seeing my old youth team coach Gary Waddock and I told him I fancied myself to score first. He just laughed!

“But I always used to score against Liverpool in youth games down at QPR, I just had a thing against them, so I was confident I could do it.” 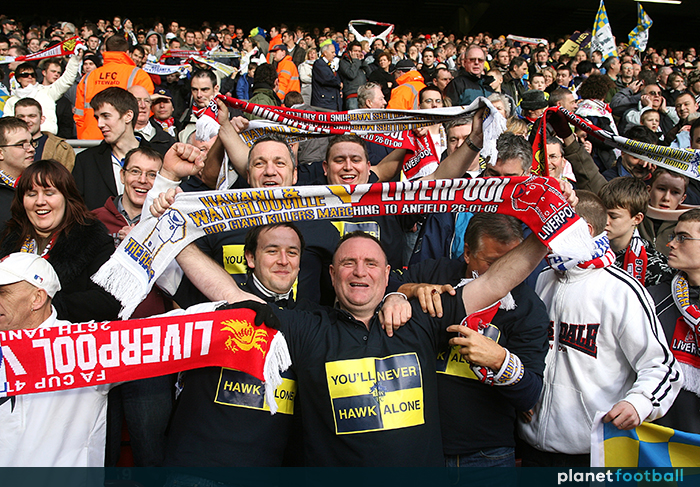 It was a testament to Havant & Waterlooville’s cup run and league form that Rafael Benitez decided to put out such a strong side against a side playing sixth-tier football.

Sami Hyypia, Martin Skrtel, Javier Mascherano, Peter Crouch and Lucas were among those in the starting line-up, with Steven Gerrard and Fernando Torres waiting on the bench in case of emergency.

Pacquette, meanwhile, was given the nod to start up front for the visitors and says the team used people writing them off as extra motivation to go out and perform.

“Liverpool did put out a strong team because I think they knew it was going to be tough,” he says. “We were a team going there with nothing to lose and I’m sure they looked at our results and knew it wouldn’t be an easy 90 minutes.

“I remember watching Soccer Saturday before the game and the pundits were talking about it being 8-0 or 9-0, I think we used that as a bit of extra motivation.”

Pacquette’s confidence before the game might have been laughed off, but nobody was laughing after eight minutes – especially not those associated with Liverpool – when the striker headed home the opening goal, likely making a few people regret they didn’t pick up his 50/1 tip.

It was not until the 27th minute that Lucas curled home an equaliser for the Premier League giants, and incredibly the Reds found themselves behind again four minutes later when Alfie Potter’s strike was deflected in.

Yossi Benayoun levelled for a second time shortly before the half-time interval, but it took until the 56th minute for the hosts to take the lead for the first time when Benayoun scored again.

He completed his hat-trick a few minutes later, with Crouch scoring a fifth in the last minute, but Pacquette’s only regret was that he had not been given the full 90 minutes. 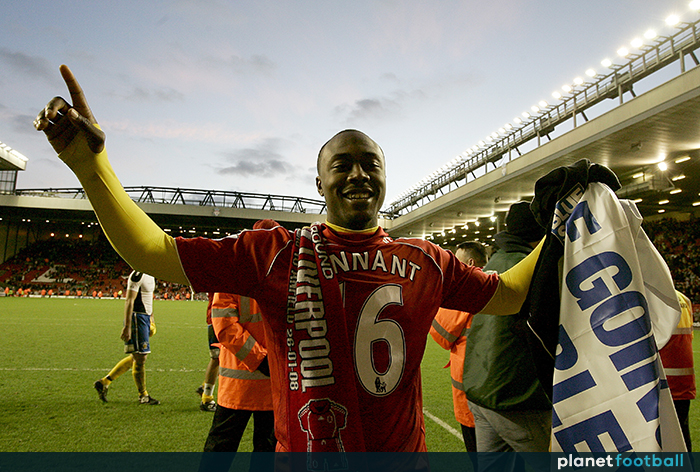 “I was actually a bit disappointed to come off after an hour. We’d just gone 3-2 down and were still in the game. I felt I still had more to give.

“Of course, you’re disappointed to lose but we knew we’d done ourselves proud.”

Pacquette’s name was in plenty of newspapers come Sunday morning, but on Monday morning it was very much back to the day job for the striker and his team-mates.

As a part-time footballer, Pacquette was juggling football with work at a local secondary school, but he did at least get to help out some friends.

“The lads were buzzing when I came in Monday morning,” he laughs. “One of the staff had put £50 on me to score first, so he was more than happy to buy me a drink!”

A decade later, there’s plenty of Havant & Waterlooville fans who’d still be happy to buy him another.