Denilson: From Real Betis’ world-record signing to snubbed by Bolton 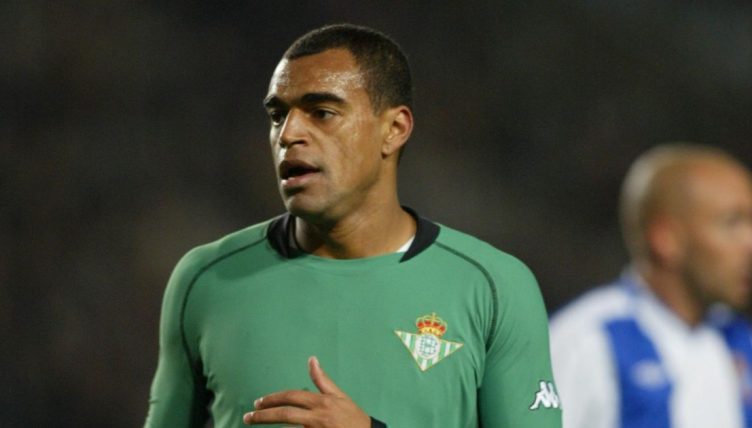 When Real Betis signed 20-year-old Denilson for £21.5million in 1998, they made him the most expensive footballer in the world. Eight years later, the Brazilian was playing in Saudi Arabia.

Teenagers obsessed with today’s FIFA games might not have liked the more rudimentary versions of the game released in the late 1990s and early 2000s.

I say this only because, in today’s football landscape, a great deal of value is assigned to tricks — unique moves and shimmies used to evade an opponent.

Kids love them, and the best FIFA gamers (also kids) know how to exploit them. Many even show fondness for the game’s players with ‘five-star’ Skill Moves: your Yannick Bolasies, your Aiden McGeadys, your Nanis; players whose so-so real-world reputations have undoubtedly been boosted by the computer game.

In the days of the original Playstation, however, less thought was given to tricks and the differing abilities of players to pull off said tricks.

In fact, turn-of-the-millennium FIFA offered you, in essence, three options: something called a ‘hurdle’, a Zidane-style pirouette, or a more fancy pirouette that inexplicably morphed into a rainbow flick.

Call it optimism, call it naivety on the part of the EA Sports animators, but this wasn’t a particularly good representation of how real footballers used their skill to beat opponents.

Moreover, any player on the pitch, from Jaap Stam to Nigel Winterburn, was capable of pulling off the audacious moves. The year 2000: a pixelated Jaap Stam, with all the grace of a Russian ballet dancer, casually backheeling the ball over his own head.

Perhaps that limited range of skills was simply the result of limited time and resources at EA, but it’s also possible that there simply wasn’t so much of an appetite for tricks back then.

Because while there were certainly players performing outrageous skills on the pitch, there were fewer ways for fans to actually see those skills taking place.

In a world before HD YouTube videos, there was no endless supply of elastico compilations available on tap; players were judged on other, more concrete things like goals, tackles and marriages to Spice Girls.

All of which makes the late-1990s furore around Denilson de Oliveira, the new world’s most expensive footballer, something of an anachronism.

In the two years leading up to Denilson’s big move in 1998, the transfer record was broken three times, each time for a striker: Ronaldo to Barcelona in 1996, Alan Shearer to Newcastle shortly thereafter and then Ronaldo again, this time to Inter, in 1997.

The £21.5million that Real Betis paid to Sao Paulo for Denílson was £2million more than Inter paid for Ronaldo, yet Denilson’s value was not in goals, but in tricks.

Although already a full international in 1998, Denilson had scored just a handful of goals over four seasons in Brazil. He ran. He dribbled. He did a whole bunch of skills. Seldom, however, did he score.

In this sense, Manuel Ruiz de Lopera, then president of Real Betis, was seemingly ahead of the curve: like a teenage FIFA addict in 2018, the president was enthralled by the dazzling footwork of the Brazilian, perhaps paying too little attention to that dreaded footballing concept of ‘end product’, but confident in his new star’s ability to pwn the opposition with chops and stepovers.

Not that people didn’t genuinely believe Denílson to be one of the world’s hottest prospects at the time.

In June 1998, shortly before the World Cup in France, Ronaldo was tipping his team-mate to be a star of the tournament.

Brazil coach Mario Zagallo, while hesitant to use Denilson in his starting lineup, also talked up the ability of the record-breaking winger.

“Denilson is a remarkable player, someone who can do the unexpected and damage the opposition suddenly,” he said. “We will use him when we think he will have most impact. We cannot win the World Cup with just 11 players.”

Betis themselves were so confident in the star power of their signing that they gave him a 10-year contract worth around £40,000 per week.

Ups and downs at Betis

But while Denilson showed glimpses of his talent at the World Cup, starting once and coming on as a sub in every other match, his stock would fall soon after becoming the world’s most expensive footballer.

Upon signing for Betis, the winger spoke of the “warmth and understanding” he felt at the Spanish club, stressing how he wanted to “make friends” in his “new life”.

At the end of the 1999-2000 campaign, however, Betis were relegated, Denilson having found the net just five times over two seasons. Those tricks were simply not translating into points.

What followed was a nomadic, strange and ultimately short career.

After helping Betis back into the top tier in 2001, the Brazilian’s importance in the side gradually began to wane. The emergence of more multi-dimensional wingers like Joaquin meant that, by the time his final season at Betis came around in 2004-05, Denilson was a very expensive bit-part player.

The tricks never deserted him — see his iconic deception of Carles Puyol for proof — but a strike rate of one goal every 14 matches made him a surprisingly toothless attacker.

In his seven years at Betis, Denilson never registered more than three league goals in a season.

Despite the slightly disappointing nature of his Betis spell, Denilson still managed to appear at (and win) the 2002 World Cup.

During the tournament in Japan and South Korea, the tricky winger made a number of substitute appearances, including a legendary display of last-minute time-wasting against Turkey in the semi-final.

Somewhat tragically, the image of Denilson being chased into the corner by four Turkish defenders, seemingly uninterested in team-mate Luizao’s call for a cross, has become one of the defining images of his career.

By 2003, however, Denílson had played his last game for Brazil: an unremarkable 0-0 friendly draw with China; the record-breaking winger was then just 25 years old.

At club level, things were even more depressing. Denilson would go on to complete seven years of his giant 10-year contract with Betis before taking part in brief spells with Bordeaux, Al Nassr in Saudi Arabia, FC Dallas in the USA, Palmeiras and Itumbiara in Brazil, Hai Phong in Vietnam and finally Kavala, for whom he would make zero appearances, in Greece.

In 2009, Bolton Wanderers arranged a trial for the Brazilian, then 30 years old, but turned down the chance to sign him permanently.

Perhaps most damningly, the decision was made not because of any attitude or professionalism issues, but on purely footballing grounds.

Bolton manager Gary Megson said of Denilson: “He is a fantastic person and didn’t come here as a big-time Charlie. He mixed in with everyone else, and if anyone rang me up about giving him a reference he’d get nothing but positives.”

Bolton’s left-wingers at the time were Matty Taylor and Ricardo Gardner.

Looking back on the career of the former wonderkid, it’s hard to tell whether Denilson would have flourished or floundered in today’s world of football.

In one way, it’s hard to imagine a staunchly left-footed left-winger fitting into most managers’ tactical systems in 2018.

But then again, perhaps Betis of the late 1990s and early 2000s simply didn’t accommodate the winger’s talents in the best way.

Perhaps Denilson would now be deployed as a right-sided forward, getting in better scoring positions and improving upon that very modest goal tally. After all, the division between winger and forward is becoming increasingly blurred.

One thing is for certain: on a FIFA with more than three tricks, Denilson would have had five-star Skill Moves. And for that, he would almost be worth the money.