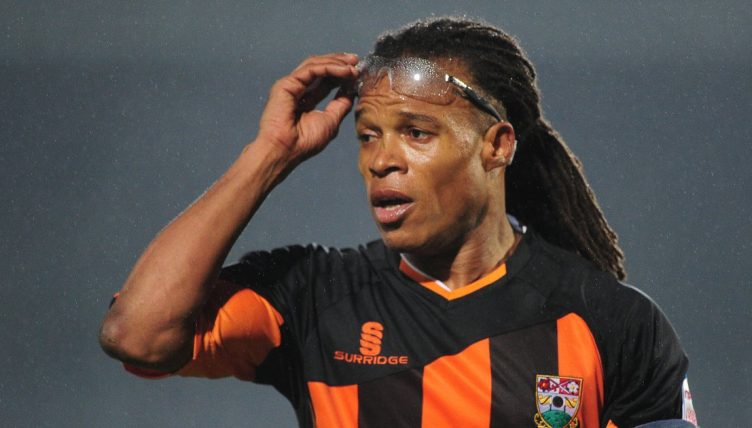 In October 2012, legendary Dutch midfielder Edgar Davids came out of retirement to become player-manager of Barnet F.C. It was a wild ride.

Few footballers have achieved superhero status as effortlessly as Edgar Davids. With his orange goggles and long dreadlocks, the ‘Pitbull’ gave off an aura in the 90s and early 2000s that could definitely be described as ‘otherworldly’.

To those who grew up in that period, the Dutchman seemed not so much a breed of dog as a force of nature or a mythological character — his unique combination of image and ability making him both a marketer’s dream and a genuine inspiration to young fans.

He did not need to self-promote, either. Having turned out for European giants like Ajax, Juventus and Barcelona, as well as both Milan clubs, he didn’t beg for your attention. He just got it.

Davids’ superhero status had an unusual knock-on effect, too: fans never quite believed it when he turned up at their club, contract in hand, to hold their shirt aloft in front of the cameras. He simply didn’t seem real.

So when the midfielder came out of retirement at the age of 37 to join — of all clubs! — Crystal Palace, Eagles fans were flabbergasted.

Never mind that he was miles off Championship pace; never mind that there were better options in the squad: the prospect of superhero Davids, even past his peak, was awe-inspiring.

But the Pitbull saved his most surprising career move — a move that would barely seem credible on Football Manager, let alone in the stark reality of Chipping Barnet — until two years later.

Davids’ move to Barnet F.C. was surprising for several reasons.

For one, Davids was 39 years old and hadn’t played since his unsuccessful six-game stint at Palace two years prior. And that spell had itself followed two years out of the game, making it four since he had played with any kind of regularity.

Secondly, it was bloody Barnet.

One of the capital’s least glamorous clubs, Barnet — the forgotten north London sibling of Arsenal and Spurs — had spent the beginning of the 2012-13 season struggling in League Two.

On the day Davids arrived, they were rock bottom.

Step up from Sunday league

Yet Davids, a part-time resident of the area since joining Spurs in 2005, had a soft spot for his local club. Seeing their struggles inspired him to get on board.

In doing so, Davids reasoned that he could help out a floundering side, get some playing time (at a higher standard than the Brixton-based Sunday league side for whom he was, at the time, sitting on the bench) and gain valuable coaching experience on the lowest rung of the ladder.

His challenge? To guide the club to safety, in both a playing and managing capacity.

Davids had a positive impact. After remembering who he was, he inspired Barnet to their first win of the season, a 4-0 rout of Northampton in which he was named man of the match.

It was welcome relief at Underhill: prior to that game, the club had gone 12 matches without a win.

As he exerted his influence as player-manager, the club rode the wave of optimism and began to accrue points.

But the Dutchman was more than just a feel-good mascot: his aggressive displays in central midfield and on the wing drew praise, and he even found the net in a home tie against Southend.

And he also proved just as important in the dugout. 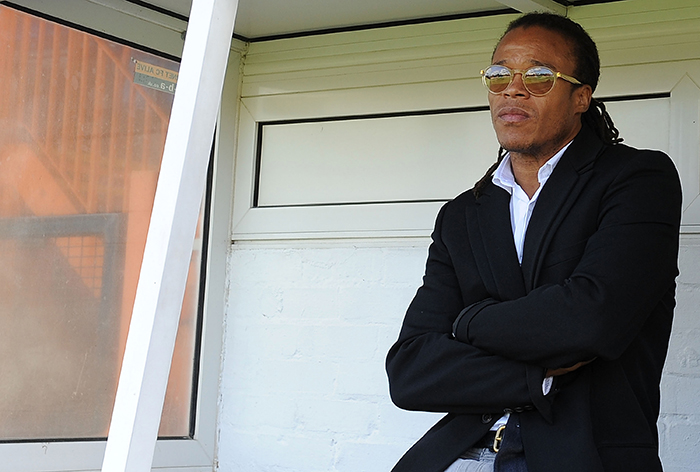 Although Davids had no prior managerial experience, the team’s fortunes improved with a Champions League winner in their midst, his experience seemingly benefitting everyone at the club.

Davids’ managerial appointment had been unusual for another reason: he was asked to share the role with existing boss Mark Robson — a ploy that almost always turns out brilliantly.

Given that Robson had guided the club through its dozen matches without a win, it was little surprise when the redundant Englishman departed a few days after Christmas, leaving Davids the sole man in charge.

By that point, however, the Dutchman had restored hope to Bees fans. The team’s terrible early-season form had created a huge handicap, but there was now a genuine chance of survival.

Seeing the job out

As it happened, a 2-0 defeat on the final day of the season meant Barnet went down in heartbreaking circumstances.

But while many expected Davids to depart, the ageing midfielder opted to stick it out in the Conference.

“He has started a football revolution here and we hope we can maintain the attractive style of play we developed under him in the Football League,” said Barnet chairman Tony Kleanthous.

“It is a measure of the man that he wants to stay to finish the job he started. Once a Bee always a Bee!”

Davids’ second season with Barnet was a farce. Before the campaign began, the Pitbull assigned himself the No.1 shirt and made an arrangement with the club that he would not travel to away matches in distant parts of the country. Both decisions prompted murmurs of discontent.

It’s non league day so I’d thought I’d celebrate by reminding everyone when Edgar Davids was in charge of Barnet, made himself captain and gave himself the number 1 shirt…because why wouldn’t you… pic.twitter.com/vMbHmGjgmt

On the pitch, things were even worse.

Now 40 years old, Davids’ performances in the Conference were of a far lower standard than those he had been turning out in League Two.

He blamed the decisions on a conspiracy.

“I think I know for definite now that the league is targeting Barnet,” he said. “I don’t know how many games we have played now but there is weird decision-making all the time. It is ridiculous. I don’t think I’m going to play any more.”

End of an era

Although it’s hard to hold a 40-year-old Davids to too high a standard, it appeared that some of his initial determination dissipated once the Conference season was underway.

He left Barnet by mutual consent in January 2014, leaving them in 10th place.

But while there was an air of inevitability to Davids’ departure, his spell in the lower leagues cannot be too heavily criticised.

No, he could not keep Barnet in League Two, but he improved the club’s fortunes, dragging a winless side from the foot of the table and to the brink of safety.

Had he arrived just a few games sooner, that safety might have been assured.

Ultimately, a few red cards and a frankly unacceptable squad number during that underwhelming second season do not negate those industrious displays over the first.

A Barnet legend he is not, but Davids’ last hurrah was certainly no disaster.

Can you name the top 20 assist providers in the Champions League?