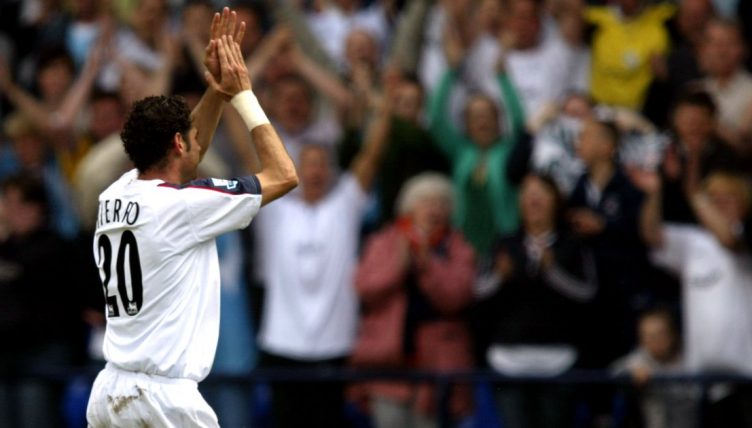 For a manager who has succeeded virtually everywhere he has been, Sam Allardyce has a terrible reputation. Whether it be because of his apparently boring tactics, the fact he doesn’t idly accept the criticism, or perhaps a combination of both those things and more, the one-time, one-match England manager is just not that popular.

It’s a very different story for fans of most of the clubs he has managed, however, not least Bolton.

And even those who are not fans of either the Trotters or Allardyce would have to admit that, for a few years in the 2000s, the two combined to create one of the most exciting teams in English football, a side that brought together British cloggers and ageing (but ludicrously talented) stars of the international game.

It was weird but beautifully effective.

We have already published tributes to two of the stars of that era in Jay-Jay Okocha and Youri Djorkaeff, but equally worthy of celebration is Fernando Hierro, former captain of Spain and Real Madrid, whom Allardyce signed in the summer of 2004. 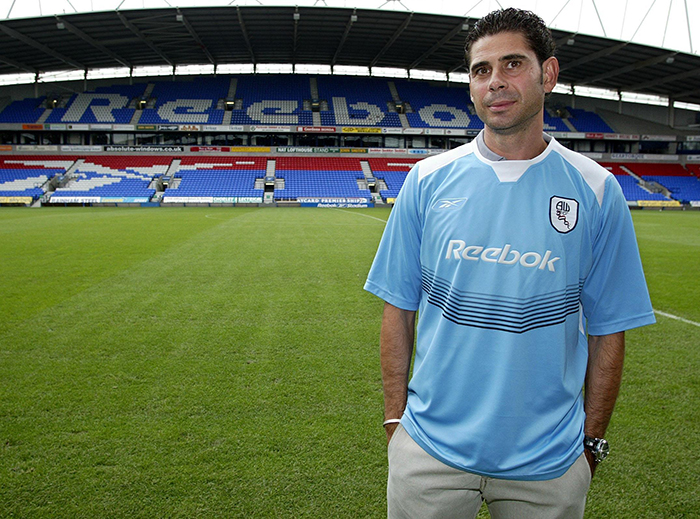 Hierro was one of the most decorated players in the game, having won the Spanish league five times and the Champions League three times with Madrid.

He also had a better goalscoring rate than most of Bolton’s strikers at the time: his absurd one-in-four for Madrid put Kevin Davies (one in five at Bolton) to shame.

Despite Big Sam’s talent for attracting superstars, Bolton’s capture of Hierro was surprising. After spending a year in the Middle East, the Spaniard seemed halfway to retirement.

Ever the fighter, however, Hierro decided that a move to Greater Manchester — and a chance to swap Zidane for Nolan; Raul for Vaz Te — would suit him nicely.

Despite the defender’s advancing years, many hailed the signing of Hierro as a coup.

Allardyce, only 13 years older than his new recruit, rather undersold the achievement by stating that “a lad of his experience” would be “a huge addition to the squad”. He also predicted that the defender could, somewhat belatedly, “become a star in the English game”.

To anybody who saw the veteran play, it was clear he already was one.

Curiously, Hierro’s compliments of Allardyce were even more profound than those going the other way.

“One of the reasons I came to England was to experience life under a manager who runs the club from top to bottom,” the defender told The Guardian.

“I don’t know how Sam does it. He’s got the strength to deal with the coaching, the team, but also the signings and sales off the pitch. If there’s no tea in the dressing room, it’ll be Sam who gets it sorted.”

“A smaller club, a family club, a marvellous club.”

“We were a small team but within a generation of players with a lot of experience we managed to take a humble club to playing in European competition.”

Some great quotes from Fernando Hierro for us Bolton fans.#BWFC pic.twitter.com/ErKIHiKXsx

Nobody expected Hierro to play every minute at Bolton, but there was a sense of optimism around his signing.

Every inch the model professional, for a luxury signing, Hierro appeared to carry little risk.

To the delight of fans, Hierro was a big success. Though never an automatic pick, he still made 15 league starts and many more substitute appearances over the 2004-05 season.

His old legs never seemed like a disaster waiting to happen. In fact, Hierro exerted a calming influence over the team.

He took free-kicks. He gave occasional tactical advice to Allardyce. The manager eventually called him “the best passer in the club’s history” — a tag never attributed to Tal Ben Haim, the manager’s other major defensive signing of 2004.

Bolton finished sixth that season, making it their best ever Premier League campaign. At the time, some were frustrated that the club couldn’t go further still and squeeze its way into the Champions League, having finished just three points behind fourth-placed Everton.

After conquering the European competition so many times, Hierro would have been as disappointed as anyone.

It was the marginally superior Everton whom Bolton faced on the final day of the season — a game that would prove to be Hierro’s last in professional football.

“I’m clear about the decision: I wanted to leave while I’m still playing at a high level,” he said afterwards.

When he came off in the 67th minute, dropping out of a scarcely believable midfield containing Okocha, Gary Speed, Stelios Giannakopoulos and El-Hadji Diouf, the crowd gave him a standing ovation.

Having failed to convince Hierro to continue playing, Allardyce only got a year’s service from the veteran.

But a year was long enough for Hierro to become a massively popular figure at the Reebok Stadium. His status as one of Bolton’s own ‘Galacticos’ was a contributing factor to his popularity, but his cool and classy performances were much more important.

And considering their huge mutual respect, it seems fitting that Allardyce and Hierro would go on to live out similar experiences more than a decade after working together.

Both, despite their talents, laboured over unquestionably crap spells in charge of their respective national teams. Allardyce, pint of wine to the ready, was unseated by undercover reporters, Hierro by a resolute bunch of Russians. The Englishman had his job for two months, the Spaniard for 24 days.

Luckily, neither of those disappointments will have much impact on the reputations of Hierro and Allardyce at Bolton.

The former provided the club with previously unseen quality, even as he passed his 37th year. The latter was responsible for bringing such talent into town in the first place.

Nowadays, the idea of an international superstar quietly dominating matches seems a world away.