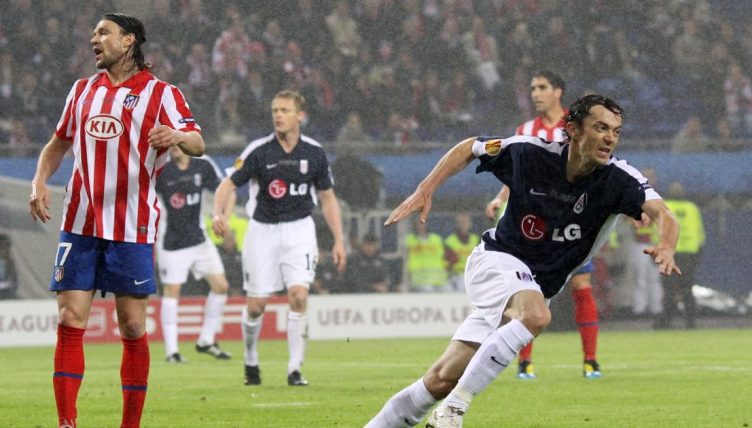 The top Premier League clubs often view the Europa League as the unwanted consolation prize for missing out on the Champions League – but in 2010 it was the holy grail for Fulham.

When Roy Hodgson replaced Lawrie Sanchez and became Fulham manager in December 2007, a European final was the last thing on his mind.

The Cottagers were in the Premier League relegation zone, two points away from safety, and they had only won two league games all season.

Many critics were surprised by Hodgson’s appointment and questioned whether or not he was the man to turn Fulham’s fortunes around. The veteran coach had enjoyed success across the continent, but he hadn’t worked in England since being sacked by Blackburn nine years earlier in 1998.

There was no immediate resurgence at Craven Cottage, but Hodgson eventually managed to steady the sinking ship, with survival confirmed on the final day of the 2007-08 season.

He then bolstered his squad with some astute signings, bringing in Mark Schwarzer, Zoltan Gera, Bobby Zamora and Brede Hangeland.

However, he couldn’t have predicted the sort of impact the new influx would make…

After their great escape in 2007-08, Fulham carried their momentum into the next season and achieved their highest ever Premier League finish of seventh, conceding just 34 goals in 39 games, securing qualification for the Europa League in the process.

Their first taste of European football under Hodgson came in Lithuania against FK Vetra in July. Fulham strolled to a 6-0 victory on aggregate before they dispatched Russian team FC Amkar Perm in the play-offs.

Little did we know the magnitude of the journey on which we were embarking… 🤯 pic.twitter.com/DZA4xuG82t

Some fans expected the group stage to be a bridge too far for the Cottagers, but after a draw against CSKA Sofia in their opening game, Fulham fought back with three wins and a draw in their final five group games to advance into the knockout stages.

Holders Shakhtar Donetsk stood in Fulham’s way, and the Ukrainians had a strong side that featured Fernandinho, Luiz Adriano, Douglas Costa and Willian.

After Gera’s early goal had given them the lead in the first leg, Adriano levelled the scores before a moment of brilliance from Zamora swung the tie in Fulham’s favour.

“Dickson Etuhu fed Gera, whose deft pass offered Zamora a chance,” read The Telegraph’s match report. “The striker looked up, struck the ball from 25 yards with venom, then watched as it curled into the top right-hand corner.”

In Ukraine, Hangeland’s goal and a back-to-the-walls display completed the job. 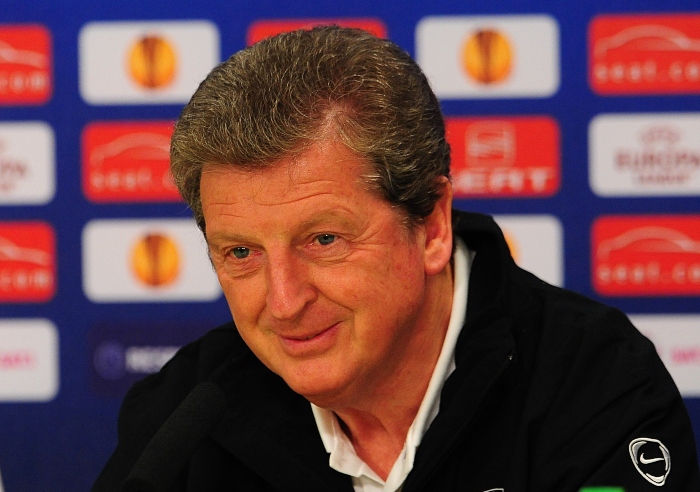 However, Fulham’s task was about to get even harder as they were drawn against Italian giants Juventus in the last 16. They’d had a fun ride, but their European adventure was surely coming to end now.

Sure enough, a spirited display against a classy Juventus outfit couldn’t prevent a 3-1 defeat In Italy. Hodgson’s side had been provided with a harsh reality check and had a mountain to climb going into the second leg.

David Trezeguet’s goal after two minutes at Craven Cottage looked to have put the quarter-finals out of reach for Fulham, but the underdogs had clearly not read the script.

Start of the comeback

Paul Konchesky’s lofted cross found Zamora in the penalty area. The old school English striker bullied Fabio Cannavaro before bringing the ball down and firing past Antonio Chimenti in the Juve goal.

Cannavaro’s night got even worse when the World Cup winner was controversially sent off in the 27th minute, and Fulham’s hopes of a comeback were well and truly alive.

Fulham continued to put Juventus under pressure as the atmosphere kicked up a notch at Craven Cottage. Just before half time, Simon Davies pulled the ball back for Gera and his close-range finish gave the hosts the lead on the night.

Minutes into the second half and Fulham were awarded a penalty after Diego’s handball. Gera stepped up with all the pressure on his shoulders and confidently smashed the ball past the goalkeeper to level the aggregate score.

Fulham were now on the brink of knocking Juventus out and creating one of the biggest upsets in the history of European football.

With eight minutes remaining and the game heading into extra time, Dempsey picked up the ball on the edge of the area as the Juventus defenders backed off. The American then dinked a delightful chip that sailed over the helpless Chimenti and sparked delirium from the home crowd.

His incredible strike sealed the famous victory and it was a fitting finale to the most extraordinary game while the celebrations carried on long into the night.

“We should just do a Rocky Marciano and retire now because it’s not going to get any better than this,” Hodgson said at full time.

“This must come close to the greatest night of the club’s history. On a personal note, I am not sure I can recall such a recovery. I am on top of the world.”

Hodgson had already written himself into Fulham folklore. And the quarter-finals now awaited.

There was a growing sense of destiny surrounding Fulham’s Europa League campaign as the footballing gods seemed to be smiling on West London, but they still had other hurdles to overcome.

However, Hodgson’s side were unfazed, full of confidence and claimed a 2-1 win over German champions Wolfsburg in the first leg of their last-eight tie courtesy of goals from Zamora and Duff.

And within 20 seconds of the second leg, the talisman Zamora spun past the defender before stroking the ball into the corner to make it 3-1 on aggregate. It proved enough for Fulham to advance again.

#OnThisDay in 2010, Bobby Zamora showed everyone just how good he was with a class spin-and-finish against Wolfsburg, scoring the tie's aggregate winner after just 22 seconds.pic.twitter.com/XAI3ZoRi2X

Their next challenge was another considerable one as they faced a Hamburg side that were looking to reach a final being staged at their own ground.

A goalless first leg in Germany was a respectable effort, but the lack of an away goal looked to be a problem when Mladen Petrić’s stunning free-kick gave the Germans the lead at Craven Cottage.

The odds were stacked against them once more when Zamora was withdrawn with an injury, but yet again Fulham found an extra gear as quickfire goals from Davies and Gera turned things around to complete another memorable night on the banks of the Thames.

Fulham had booked their place in the final and their dream had now become a reality. They would be returning to Hamburg, but this time they’d be playing for the trophy.

“Hodgson has orchestrated the resurrection of this famous old club from the brink of relegation to the Championship into a European final,” read the BBC’s match report.

“The scale of the achievement is a tribute to the work of Hodgson and his players – and given the compelling performances they have produced in the Europa League, they will travel to the final with genuine ambitions of lifting the trophy.”

After 18 games, Fulham had reached their first-ever European final and were up against an immensely talented Atletico Madrid side that included David De Gea and Sergio Aguero.

The discipline, belief and buccaneering spirit that had led them to the final was evident again and the Cottagers weren’t to be overwhelmed by the occasion.

Despite Diego Forlan’s early opener and Atletico’s domination, Fulham fought back bravely and found themselves level at half-time.

Then Gera’s lofted cross was deflected into the path of Davies, and the Welshman accepted the invitation by flashing a superb volley past De Gea.

Simon Davies scoring for the mighty Whites in the final against Atletico Madrid!! #memories #FulhamFC ⚪⚫ pic.twitter.com/hU19s3TWYM

The final looked to be going to penalties, but the Spanish side’s extra quality soon started to show. Deep into extra-time, Aguero’s cross picked out Forlan, whose shot was deflected past Schwarzer, restoring Atletico’s lead.

Fulham had bounced back from adversity all season and had become the master of comebacks, but this time it was out of their reach and they were unable to mount a response.

As the full-time whistle went and the Madrid players celebrated, Fulham’s heartbreak was confirmed and their Europa League campaign had reached a bitter conclusion.

However, while they may not have a trophy to show for it, those players have still gone down in the club’s history for creating an adventure Fulham fans will never forget.

Where are they now? Martin Jol’s last Premier League starting XI at Fulham