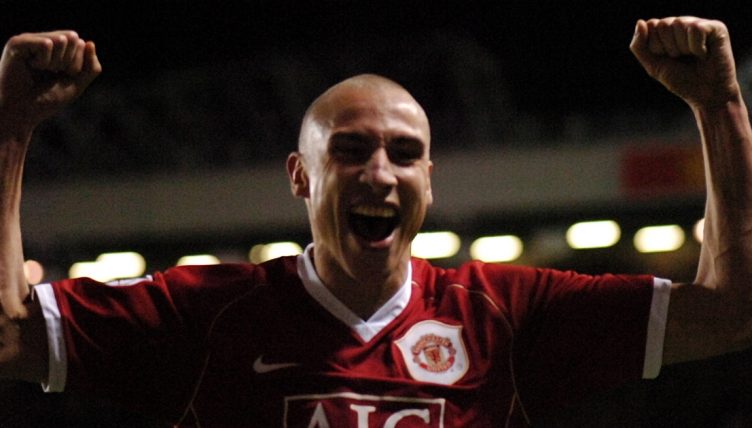 Long before Zlatan Ibrahimovic arrived on these shores, Henrik Larsson was the Swedish international who became a cult hero at Manchester United.

The striker’s three goals in 13 appearances may suggest that Larsson’s loan spell at Old Trafford was somewhat underwhelming, but those statistics don’t quite tell the full story.

His three months in Manchester weren’t just about the goals. The impact he had on United supporters and his team-mates meant so much more.

By the end of 2006, United’s forward line was wearing thin. Ruud Van Nistelrooy had left for Real Madrid earlier that year while Ole Gunnar Solskjaer and Alan Smith were sidelined by injuries.

This left Sir Alex Ferguson with only Wayne Rooney and Louis Saha as his recognised strikers, and they were in desperate need of another forward to support their title challenge.

United turned to Henrik Larsson, the former Celtic and Barcelona star, who was available on a three-month loan during Helsingborgs’ winter break.

At 35, playing back in Sweden and clearly coming to the end of his career, few expected him to be a success at Old Trafford. Indeed, many viewed the move as another sign of the Glazers saving money when they should have been investing.

That remains open to debate, but when it came to Larsson, they couldn’t have been more wrong.

Time was never going to be on Larsson’s side during his short spell at United, so he didn’t waste it.

He made his debut against Aston Villa at Old Trafford in the FA Cup and quickly showed he wasn’t finished yet.

As the ball found its way to Larsson in the penalty area in the 55th minute, he took one touch to set himself up before lashing a volley into the top corner.

The striker, who had won so many honours across the world, turned and celebrated like a teenager taking his first steps into the game.

#OnThisDay 12 years ago, Henrik Larsson made his #MUFC bow…

…what a way to announce yourself to the Stretford End faithful! 💥 pic.twitter.com/sgDA0NxpTe

While his pace may have deserted him, he still had the world-class finishing and calmness in front of goal that had served him so well throughout his career.

“The first day at the office had unfolded to a well-rehearsed script for Henrik Larsson,” wrote Andy Hunter in The Guardian.

“Greeted with wild acclaim by an expectant Old Trafford, its numbers swelled by dozens of pilgrims from Celtic Park, the venerable Swede responded as Martin O’Neill feared he would by illuminating their FA Cup reunion with vision and velvet touches.”

Four minutes after coming off the bench against Watford later that month, Larsson again showcased his scoring prowess and sent the goalkeeper the wrong way to score the third in a 4-0 win.

Larsson had quickly established himself as a favourite with the fans, who loved his guile, incredible technique and selfless performances.

Larsson’s last appearance at Old Trafford came against Lille in the Champions League last 16 in March – and the Swede went out in style.

The Red Devils were 1-0 up on aggregate with 20 minutes of the second leg remaining, and the nerves were palpable around Old Trafford. Then Larsson stepped up and headed home a Cristiano Ronaldo cross to send them into the quarter-finals before leaving the pitch to a standing ovation.

It takes a special player to impress Manchester United fans, but Larsson was no ordinary footballer.

‘They’d say his name in awe’

Larsson didn’t just make an impact on the pitch at Manchester United, he left a lasting impression off it, too.

While United still had the likes of Gary Neville, Paul Scholes and Ryan Giggs, there was a changing of the guard at Old Trafford by 2006-07. David Beckham, Roy Keane and Ruud Van Nistelrooy had all departed, and in their places were the much younger, much less experienced, Michel Carrick, Wayne Rooney and Cristiano Ronaldo.

United had a relatively inexperienced dressing room and hadn’t won the league since 2003. The squad was in desperate need of another leader and an experienced winner. Larsson was the perfect fit.

The legendary striker carried himself with class and seemed born to play at Old Trafford. His character was reminiscent of Eric Cantona, and Larsson had a similar influence on his team-mates.

Speaking after Larsson returned to Sweden, Ferguson said: “On arrival, he seemed a bit of a cult figure with our players. They would say his name in awed tones. Cult status can vanish in two minutes if a player isn’t doing his job, yet Henrik retained that aura in his time with us.

“He’s been fantastic for us, his professionalism, his attitude, everything he’s done has been excellent.” 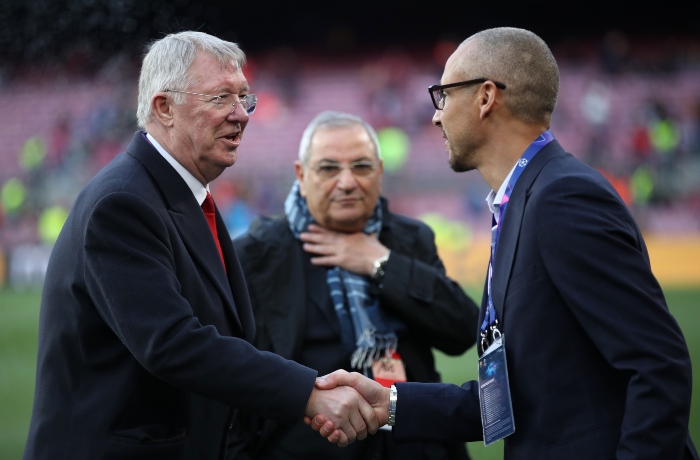 By March 2007, Helsingborgs’ season was about to restart and Larsson’s time in England was coming to an end.

United were so impressed with him that they tried to keep the striker until the end of their season, but he had promised to return to his parent club.

“We would love him to stay but, obviously, he has made his promise to his family and Helsingborg and I think we should respect that – but I would have done anything to keep him,” Ferguson said.

Larsson’s final appearance for the club came away against Middlesbrough in the FA Cup, and he received a fitting send-off after the game.

“On his return to the dressing room, all the players stood up and applauded him and the staff joined in,” Ferguson added. “It takes some player to make that impact in three months.” 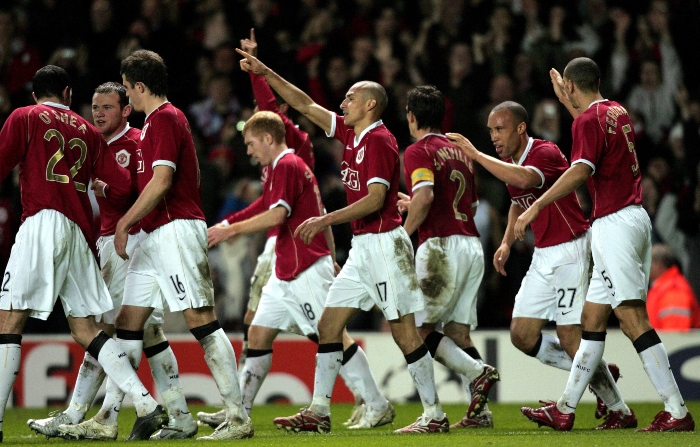 During his 13 appearances for the club, United were never behind on the scoreboard while he was on the pitch. They won 10 of those games.

United went on to win the Premier League that season, but Larsson looked set to miss out on a Premier League medal as he failed to make the required 10 league appearances.

However, the striker had played a key role in their season and provided a much needed mid-season boost. The club appealed and ensured he was granted a medal on special dispensation.

Since retiring, Larsson has admitted he wished that he spent another season at United.

“I should have stayed, that’s the only regret I have in my career. But I still had a contract with Helsingborgs and I feel that when you sign a contract, you have to see it out.”

Larsson may have been 35 when he arrived in England, but he still left the Manchester United fans wanting more.