‘Belief and hunger’: How Jamaica made it to their first World Cup in 98 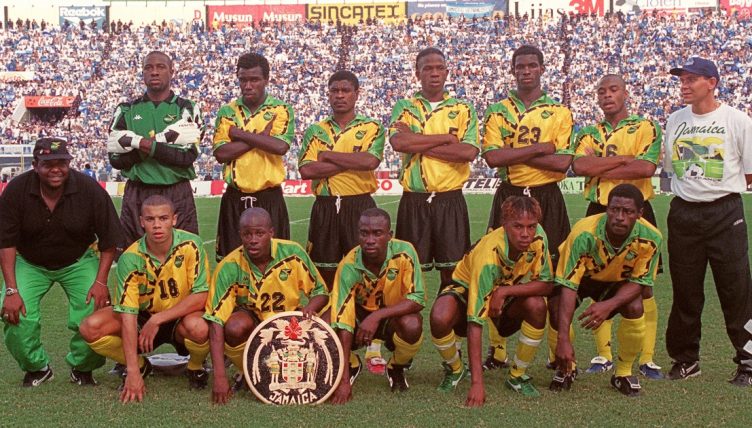 Of all the stories of unfancied teams making it to the World Cup, Jamaica’s 1998 run is among the more intriguing.

The Reggae Boyz might have struggled to make a mark when they made it to France, but getting there was a big enough achievement in and of itself.

In the 1994 campaign, not only did Jamaica fail to qualify, but they failed to reach the final round of qualifying, winning just one of their six games in the penultimate round. But then things changed.

As with some other World Cup surprise packages, Jamaica’s success in reaching the 1998 tournament came in part by looking to the diaspora and beyond.

Robbie Earle had been in impressive form for Wimbledon, hitting double-figures from midfield in the 1995-96 and 1996-97 seasons, and was still holding out hope of an England call-up before eventually opting for the country of his parents.


“I think the Tournoi de France was the turning point,” he said at the time.

“Glenn Hoddle brought in some young players there and it looked as though there wasn’t going to be any opportunity internationally at that level, so I decided to go with Jamaica.”

Earle wasn’t the only English-born player to make the switch – Portsmouth’s Fitzroy Simpson and Derby’s Deon Burton were among the others, as was Earle’s Wimbledon team-mate Marcus Gayle – but the addition of Brazilian coach Rene Simoes also played its part.

The former Brazil youth coach, who had spent time in Qatar before taking what would be his first international coaching job, had been in the role long enough to instil the kind of forward-thinking approach which helped convince those European-based players to make the leap.

“I’d got a sense of what was happening and how professional the set-up was and how serious they were about making it to the tournament and I was very quickly on board,” Earle would later tell The Independent – a far cry from the impression given by the reactions to Simoes’ initial pledge, upon his appointment in 1994, that the team would make it to France.

But make it they did, for the first – and at the time of writing, the only – time in the history of the Jamaica men’s team.

When Jamaica played their first qualifier for the tournament, they had risen to 58th in the world – up from 80th after the 1994 World Cup concluded – but were still only the fifth-highest ranked team in the CONCACAF confederation.

However, by the time the English-based players came into the fold, Simoes side had already come through two qualifying rounds against Suriname and Barbados without conceding a goal, before qualifying top of a group containing Mexico to make it through to the final round.

In the ‘hexagon’ stage, three of six teams would qualify for the World Cup. Results in the previous round of qualifying ensured Jamaica were ranked third of those six when their first match kicked off, but it wasn’t going to be easy.

We’ve seen teams qualify for major tournaments by keeping things tight in the past, but few achieved it quite as impressively as Jamaica.

In five home qualifiers in the Hexagon stage, they conceded a grand total of zero goals. None. Nada.

For those keeping score, that’s an aggregate of 15-0 at home, ensuring they didn’t need to win any of their last five away qualifiers. Only three Jamaicans scored in the Hexagon, but that was enough.

Some of the goals weren’t the prettiest – take Andy Williams’ winner against El Salvador as an example – but it doesn’t matter when you only need one to succeed.

Things didn’t go quite as well when the Jamaica squad made it to France, though few sides would have found it easy to escape a group containing both Argentina and surprise third-place finishers Croatia.

The identity of the scorers at the tournament proper felt appropriate, though: Earle, one of the newcomers, scored the Reggae Boyz’ first ever World Cup goal, but their first win – against Japan – came courtesy Theodore Whitmore: the man who started it all off by breaking the deadlock against Suriname back in March 1996.

“It was a simple belief and the hunger of the players, along with the off-field support,” Whitmore said in 2020, describing the qualification for the tournament as “overwhelming”.

Now, as a new influx of English-born players aim to bring Jamaica more success, Whitmore himself is the man in the dugout overseeing it all.