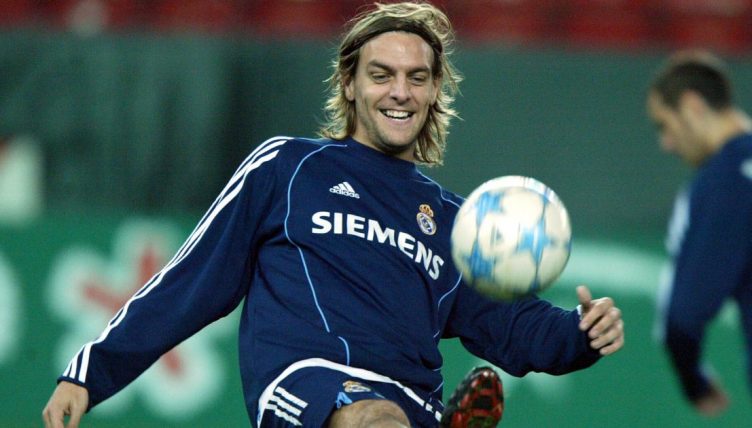 Leeds, Newcastle and Tottenham fans will all tell you that Jonathan Woodgate was a brilliant defender at his best. But no one will ever forget his brilliantly awful Real Madrid debut.

Woodgate enjoyed a great early part of his career and had success after his time in Madrid, too, but we’re not here to talk about that.

Instead, let’s remember when he made his Real Madrid debut, 13 months after joining the club, and promptly wrote himself into folklore… for all the wrong reasons.

Woodgate, who began his career as a kid with Boro, got his first taste of professional football with Leeds United, where he quickly established himself as one of the club’s best players at a time when they were competing in Europe.

He had his share of injury problems, which became a theme, of course, but he won his first England cap at the end of his first season as a pro and was considered one of the country’s brightest hopes.

A trial and then re-trial in which he and team-mate Lee Bowyer were charged with affray and causing grievous bodily harm with intent undoubtedly set him back, but once completed he was reintegrated into the team and playing alongside Rio Ferdinand in a central defensive partnership which was the envy of the league. 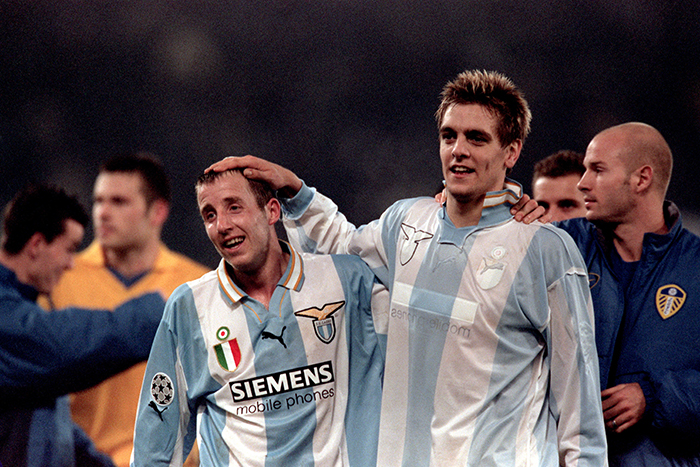 But as Leeds’ financial problems set in, first Ferdinand, to Manchester United in July 2002, and then Woodgate, to Newcastle for £9million six months later, were sold.

And if there were any concerns within the Newcastle dressing room that Woodgate was a risk at that price, he soon eased them. Clearly someone who had confidence in his own ability, he challenged Craig Bellamy to a one v one in his first training session after making the move and earned the immediate respect of his new team-mates.

Jermaine Jenas told BT Sport in 2018: “Bellaz has tried to take him down the line, Woody has gone all the way with him and bosh, he takes the ball. It was in front of everybody, the whole team, and Bellaz went, ‘Right, fair play.'”

Bobby Robson described the defender as “one of the top four English central defenders in the Premiership along with Sol Campbell, Rio Ferdinand and Gareth Southgate”, while Gary Speed labelled him as “probably the best centre-half that I’ve ever played with”.

He was that good. Injuries once again hampered him, restricting him to 37 appearances across a season and a half, but he always impressed with his performances on the all-too-rare occasions he was available.

So much so, in fact, that despite being injured at the time, Real Madrid saw enough in the 24-year-old to spend £13.4million to take him to the Bernabeu in 2004.

He’d played fewer than half of Newcastle’s Premier League games in 2003-04 and had just missed the European Championships with a torn thigh muscle, but still, given he passed a medical, it must have come as one hell of a surprise to Los Blancos that he was not fit to make his debut until September 22, 2005.

He hadn’t played for 17 months but was thrown in from the start against Athletic Bilbao, four games into the La Liga season, as Vanderlei Luxemburgo changed both of his centre-halves after back-to-back defeats.

Undoubtedly eager to impress on his return to football and introduction to Madrid, Woodgate must have dreamed of finding the net on his debut, and that’s exactly what he did after just 25 minutes.

It was a beauty, too, a diving header from about 15 yards out. The only problem was, it was at the wrong end.

To make matters worse, it was clear watching it back that Joseba Etxeberria’s initial shot was almost certainly flying well past the far post before Woodgate threw himself at it and left Iker Casillas wrongfooted.

It was a sign of his bravery, perhaps, but it was stupid.

No doubt by now doubly determined to prove his worth to the understandably sceptical Madrid fans, Woodgate almost got on the end of a David Beckham cross within a minute of his own goal but then let his enthusiasm get the better of him again on the stroke of half-time when he was booked for diving in on Carlos Gerpegui.

Still, Real would surely turn things around. All Woodgate had to do was keep his cool.

Sure enough, Robinho equalised eight minutes into the second half and then Raúl put Real ahead on 65. Woodgate had got away with it; they’d surely win from here and all would be forgotten.

Within a minute, he’d been sent off. And Etxeberria was his tormentor again. When the Athletic winger knocked the ball past Woodgate on the halfway line, he really should have let him go. He was on a yellow card. Etxeberria had miles to go. There was cover.

But Woody just couldn’t resist. He got his body in the way, blocked his run, and that was that. He’d waited 13 months to make his debut for Real Madrid; 66 minutes in, he must have left the pitch wishing he’d waited a little longer.

Woodgate left the field to generous applause from the sympathetic Real fans, and another goal at least meant his personal nightmare had not cost the team.

He got a second chance after his suspension and scored his first goal at the right end for the club in the Champions League a month later, but once again injuries got in the way.

He never managed more than three appearances in a row in La Liga that season and left at the end of it, on loan to Middlesbrough, with just 14 to his name in all competitions for Los Blancos.

He would go on to win Boro’s Player of the Season award in 2006-07 and joined the club permanently that summer before moving onto Spurs, where he won the League Cup in 2008.

And, to be fair, Woodgate can at least look back at his Spanish experience and see the funny side of it.

“When I played, I played well. I played good games when I played, but I didn’t play enough. That’s my biggest regret. I always think about it. I was at the biggest team in the world and I couldn’t play every game.”

READ NEXT: Rating the 25 players Real Madrid have signed from the Premier League