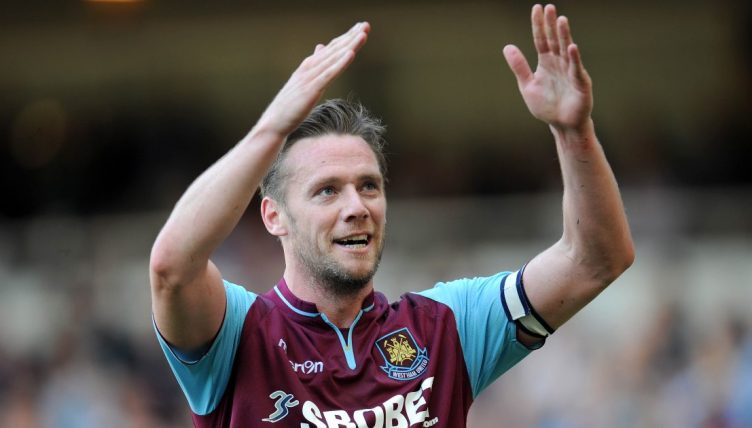 When we think back to the final day of the 2012-13 Premier League season, a certain hat-trick will jump out.

Romelu Lukaku came off the bench to fire home a treble for West Bromwich Albion against Manchester United, helping deny Alex Ferguson victory in his final game in charge, but he wasn’t the only Premier League player to score three that afternoon.

Kevin Nolan didn’t just score a hat-trick that day; he scored a perfect hat-trick – left foot, right foot and header, in that order – to give West Ham all three points against Reading. Yet this is probably the first time you’ve even thought about it since that day… if you were even aware it had happened in the first place.

The hat-trick took him to 10 league goals for the season – more than he ever managed in a Bolton Wanderers shirt – but his time at Upton Park won’t be remembered nearly as fondly, due in no small part to the dramatic drop-off he experienced thereafter.

After finding the net in a 3-1 victory over Southampton in February 2014, the midfielder would go on to score just once in his final 48 games for West Ham, making his status as one of Sam Allardyce’s favourites all the more frustrating for fans in east London.

But that treble against the Royals, as he became one of a select group of players to score Premier League hat-tricks for multiple clubs, was Nolan at his best.

The opener had some fortune about it, with Alex McCarthy smashing a clearance against Andy Carroll, but Nolan still had to be alert to collect the loose ball and round the keeper before sliding the ball home with his left foot.

At his best, he would anticipate a chance coming his way even when there was no reason to think it was on the cards, and this was no different.

In a sense, we shouldn’t be too surprised by West Ham fans’ ambivalence towards Nolan.

The supporters were often similarly enthused about Frank Lampard, so Nolan – a store-brand version of the England international, and one who didn’t have any East London ties – was always going to need to do a great deal to become more than a mere qualified success.

As with Lampard, Nolan was a player who could see his team-mates’ quality double and his own ability increase fourfold as a result, and the best example of this came when he acted as a de facto second striker alongside an in-the-zone Carroll.

With Carroll drawing defenders right and left, space opened up for his former Newcastle team-mate, with his second goal against Reading the perfect example.

Credit should go to Mark Noble for his ball over the top, but that run – treating the last defender like the start-line in an Olympic 100m sprint and the midfielder’s chip as the pistol – was quintessential Nolan.

The third goal, like the second, owed a lot to the ball in. Nolan seemed almost embarrassed by the quality of Modibo Maïga’s cross, perhaps even more so given the Malian’s shocking first touch, but he still needed to be there to head it in.

That’s part of the beauty of Kevin Nolan. He’ll rarely score spectacular goals, and he’ll frequently deliver from close range, but he still manages to find space despite all defenders theoretically knowing exactly what to expect from him.

“You see that immobile lad who likes to do a chicken dance when he scores?”

“Make sure he never gets out of your reach.”

“That shouldn’t be difficult.”

Kevin Nolan ended his career with 99 league goals, while his final tally of 69 in the Premier League leaves him equidistant between Gabby Agbonlahor and Dean Holdsworth.

It’s a fitting position for a player who wasn’t as good as his biggest fans will argue but also wasn’t as bad as the picture painted by his fiercest critics.

He was often just there, and that’s not always the worst place to be. You’ve just got to be prepared to be invisible, even during your proudest moments.