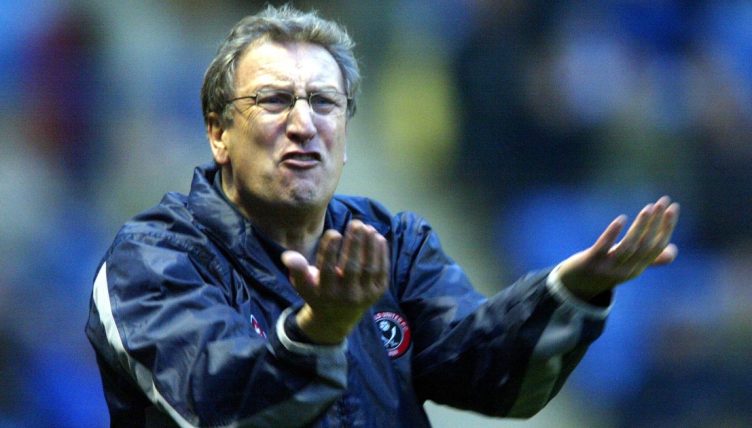 “The public perception of Neil Warnock is definitely different to the reality of what the guy is.”

So says Shaun Derry, who played under Warnock at Crystal Palace and QPR and must know a thing or two about what makes the infamously irate manager tick.

The theme of split personalities crops up time and again when former players discuss their time with him. Away from football, Neil is portrayed as a laid back guy, enjoying the company of his family down in Cornwall.

Warnock himself gifted us with this beautifully idyllic image: “I cut the grass and feed the ducks and listen to the birds singing,” he told Cornwall Live about his life during lockdown.

But simply watching Warnock during a football match is enough to raise your blood pressure.

The veteran manager, arguably the most Yorkshire male in existence, doesn’t burden his players with complex tactical instructions. But he does expect his players to follow those instructions down to the last fuckin’ letter.

It’s at this point we should introduce Chris Morgan. A famously combative centre-back, Morgan was sent off six times for both Barnsley and Sheffield United, holding the record for red cards at both clubs.

If ever a player represented a manager on the pitch, it was Morgan under Warnock at Bramall Lane. And, to paraphrase Eminem, when a tornado meets a volcano you get explosive results. Explosive and hilarious results.

Years before Amazon premiered their ‘All or Nothing’ series, Warnock allowed the cameras to document Sheffield United’s 2004-05 season. We can only hope it was him that insisted on the final title – ‘Warnock’.

What must have seemed like a good idea at the time began to look ill-judged as the club’s push for the Premier League started to falter.

And the most iconic moment of a must-watch film came after a home match against Wolves in 2004.

Gotta laugh at archive Neil Warnock going at Chris Morgan back in the day! 😂

Leading 3-2 against the pre-season promotion favourites, United conspired to allow Joleon Lescott to plunder a late equaliser. Not only had two points been dropped, but the mother of all fuses had been lit.

As the dejected Blades players re-entered the dressing room, Warnock stood waiting with hands on his hips and ready to ask the burning question: “Who’s got him?”

Phil Jagielka, wearing what appears to be a Selkirk Rex on his head, began to protest his innocence before Morgan took over.

“Olofinjana, fuckin’ Cort,” the captain said while extending a finger to denote each player. This explanation held no dice with Warnock, who retorted: “Who do you have to pick up, eh? Is it fuckin’ black and white?”

Upon hearing the word “Lescott”, which Morgan reluctantly spat out like a teenager being caught by their parents smuggling alcohol in a water bottle, Warnock threw his hands in dismay.

William Shakespeare and Charles Dickens have contributed much to the English language, but neither were a patch on Warnock at expressing the frustration at conceding to a late set-piece. 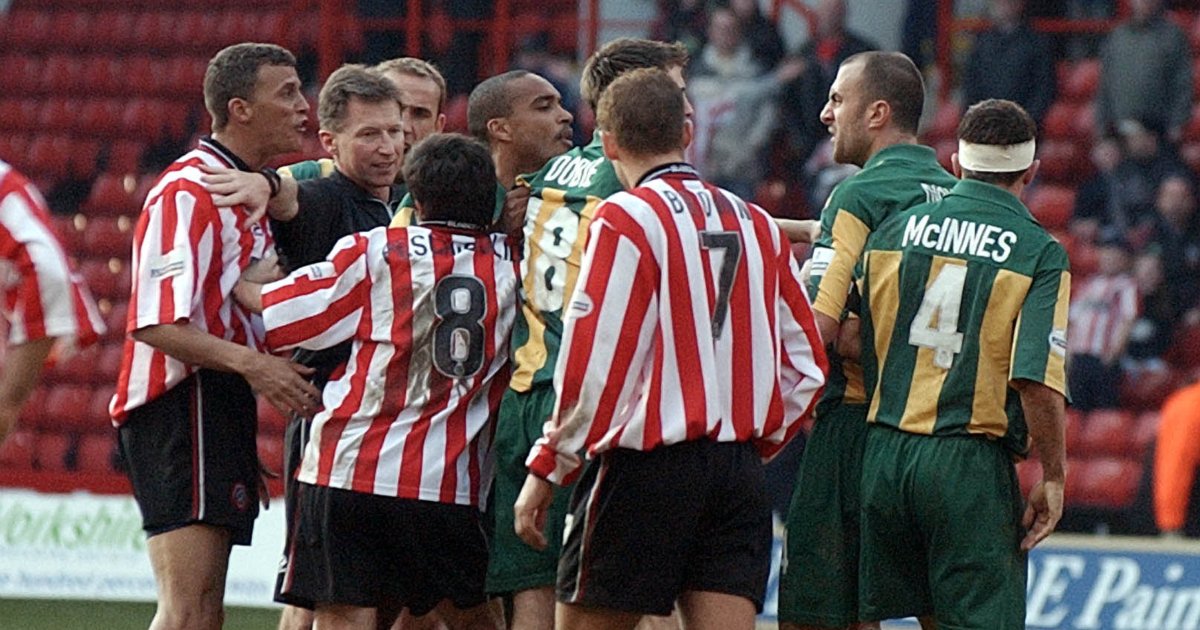 Rather than admit defeat, Morgan doubled down: “There’s fuckin’ three big ones at the back. Craddock and the two other fuckin’ big fuckers. So what do we do?”

It’s at this point that Warnock’s simmering kettle boiled over. “YOU PICK LESCOTT. IF ONE OF THE OTHERS SCORE, I DON’T FUCKIN’ BLAME YOU. YOU PICK YOUR FUCKIN’ MAN UP. IF HE’S THE SPARE MAN, I TAKE THE FUCKIN’ BLAME.”

To his credit, Morgan continued to stand his ground. As Warnock trudged towards the camera, the centre-back said: “It isn’t fuckin’ black and white gaffer,” as if appealing to his manager’s logic represented the best form of defence. “You pick up whoever’s fuckin’ there.”

Morgan was a man clearly prepared to die on the hill of zonal marking, but Warnock failed to accept the contrasting point of view.

“So Lescott’s got nobody on him, has he?” he replied, with all the comprehension of a pensioner using an iPad for the first time.

Now it was Morgan’s turn to flip. As Jagielka tried to atone for his sins in the background, his defensive partner grabbed the nearest bottle of Powerade and launched it across the dressing room.

“I’ll pick up fuckin’ four of ’em then,” he shouted, exhibiting all the defensiveness Warnock wished he’d shown on the pitch.

Sheffield United failed to gain promotion that season but, with Warnock and Morgan leading from the front, they reached the Premier League the following campaign.

Morgan speaks warmly of his former manager. After Warnock guided Cardiff to the top flight in 2018, he told the BBC: “He’ll be honest with you and people have all seen the videos in the dressing room, but Monday morning it’s all forgotten about and he’s back to his jokey self.”

After going toe-to-toe with his boss, with side-splitting results, Morgan knows that better than most.

READ NEXT: 13 of the best Neil Warnock stories: ‘Get back in your f*cking cupboard’

TRY A QUIZ: Can you name every Leeds United manager since relegation from the PL?