Remembering Ramon Quiroga and the World Cup’s funniest ever foul 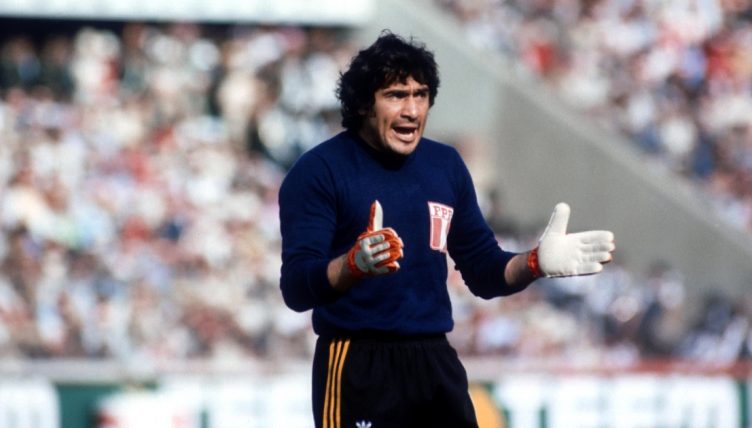 At the 1978 World Cup, Peru goalkeeper Ramon Quiroga, aptly nicknamed El Loco, committed what was surely the funniest foul in the tournament’s history.

It takes a certain type of footballer to earn the nickname El Loco.

The moniker has been given to Martin Palermo, the Argentinian striker who missed three penalties in one match and somehow didn’t retire on the spot out of shame.

It also went the way of Sebastian Abreu, a man who, given the opportunity to send Uruguay to their first World Cup semi-final for the first time in 40 years after coming on as a substitute, converted the deciding spot-kick with a panenka.

But the nickname is easier to maintain as an attacking player. You just have to do one or two eccentric things on the big stage and it sticks.

And besides, a bit of eccentricity in a forward is a good thing, a lot of the time.

Having a goalkeeper called El Loco, however, feels less encouraging on paper.

You see, when you select a goalkeeper known for his extravagance and unpredictability, you’ll get some impossible saves and interceptions from time to time, as shown by the 50 stops racked up by Quiroga in six World Cup games in 1978.

Peru had topped their group in 1978, avoiding defeat against Iran, 1974 finalists the Netherlands, or self-proclaimed pre-tournament favourites Scotland.

With the likes of Teófilo Cubillas in such fine form, even the prospect of a tough second group stage against Brazil, Poland and hosts Argentina didn’t seem all that daunting. It’s all about momentum, right?

Well, it was certainly all about momentum when Quiroga flew through Poland’s Grzegorz Lato, wiping him out IN THE POLISH HALF OF THE PITCH.

Method to the madness

Okay, first, a bit of preamble.

Earlier in the game, Peru’s defence presumably trusted in their Argentina-born stopper enough to ignore their actual responsibilities, leaving Quiroga to pull off an important interception a good 8-10 yards outside his area.

In fairness, the nonchalant reaction – calmly taking a couple of extra touches before relinquishing the ball – suggests this was something he had done successfully plenty of times before.

As the game progressed, though, Peru found themselves chasing the point they needed to stay alive in the competition.

Naturally, that meant throwing everyone forward in the closing stages, so when an attack broke down and Lato was set free, the goalkeeper knew just what he had to do.

Again, the reaction – standing, hands behind his back like a schoolboy who has just been caught smoking behind the bike sheds – suggests this was also not a first for Quiroga.

Sure, it might not have worked on that particular occasion (unless you consider a yellow card rather than a red to be evidence of it ‘working’), but the challenge assault on Lato actually does demonstrate some of the qualities needed from a top-level goalkeeper.

Let’s break it down: he spots the danger early and recognises the quickest way possible to narrow the angle, bisecting Lato’s run with his own so he only needs to worry about keeping pace with his opponent over a short distance rather than over the course of a 60-yard sprint.

He also reaches his desired position quickly enough that, when the challenge is made, he has a reasonable case for there being defensive cover behind him. By doing so, he strengthens his argument for the card only being yellow – well played, Ramón.

And finally, after recognising the ball is beyond his reach, he makes another split-second calculation.

With a minute remaining, conceding a second goal will see his country eliminated for sure, while conceding a free-kick on the halfway line (even if he’s sent off as a result) will keep the dream alive.

Sure, Peru couldn’t find that crucial goal in the end, and they went on to ship six to Argentina in their final game, but that’s not the point.

This was a man applying the expected goals model long before it became the norm in football. Quiroga wasn’t just assaulting an opponent, he was actually doing speed-maths while running – how many others can do that?