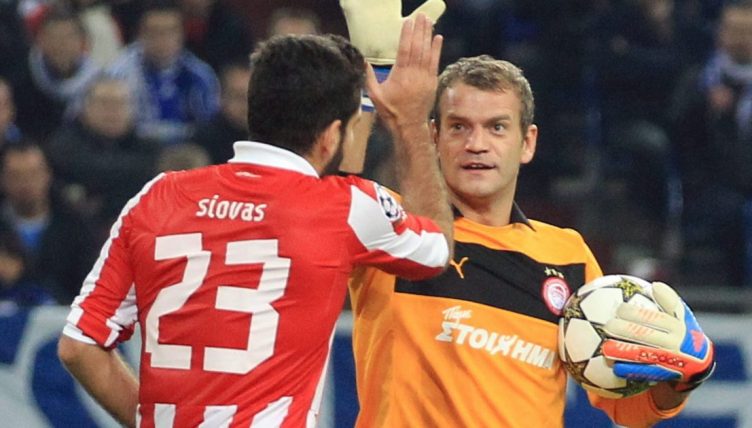 In 2011, Roy Carroll spent seven months without a club. His career was saved by an opportunity in Greece, where he retains mythical status.

When Roy Carroll entered the field at Moscow’s Luzhniki Stadium in the 74th minute, the match was at a critical juncture.

Battling for a place in the 2011–12 Europa league last 16, Olympiacos held a narrow 1-0 lead away at Rubin Kazan (who were borrowing Russia’s national stadium because their own city was, even by Russian standards, too cold).

But the Olympiacos goalkeeper, Balazs Megyeri, had just been sent off for a clumsy challenge in the box, giving Rubin a penalty and a chance to draw level.

A year earlier, in February 2011, Carroll had been a few weeks into unemployment, having left Odense BK in Denmark. The veteran goalkeeper had wanted to return to the UK to be closer to his family.

Securing a contract close to home, however, had been harder than expected.

An infamous trial with Sheffield United had gone terribly, and talks with Barnet and Preston had also broken down over the following months. In the end, the former Manchester United man spent nearly seven months without a club.

In August 2011, with time ticking out before managers would settle on their squads for the season, Carroll had received a call out of the blue offering him a chance at OFI Crete in the Greek top division.

On the one hand, it was even further from home than Denmark. On the other, it was a lot nicer.

On that balmy island, Carroll had got his career back on track. In fact, so impressive were his performances in the Greek Super League, titans Olympiacos had bought him for about £80,000 after just a few months in the country.

After a year of turmoil — unemployment, broken promises from English clubs, then a phoenix-like return in Greece — Carroll now had to face a penalty kick.

It was to be his first act in an Olympiacos shirt.

Carroll didn’t have a phenomenal record with penalties. His final game for Manchester United had been the 2005 FA Cup final, in which he failed to stop any of Arsenal’s five kicks in the shootout. And he conceded all seven he faced in his Premier League career.

On 14 February 2012, however, Carroll made a magnificent save with his very first touch as an Olympiacos player, diving low to his left before blocking the rebound as well.

The 10 men held out for the final quarter of an hour, and Carroll became an instant hero.

“It was a dream start for me,” he said after the game. “I wasn’t expecting to come on and save a penalty but that’s what I had to do.”

Not only that, he had to do it in -13°C, climes more suitable for storing fish fingers than playing sport. With no time to warm up, the 34-year-old performed a miracle getting down onto the turf without snapping in two.

The following week, Carroll faced another challenge in the second leg. Although the Piraeus fixture wouldn’t be played in the freezing cold, the Northern Irishman had to play the whole 90 minutes due to Megyeri’s suspension.

Somehow, Carroll put in a performance even more memorable than his debut.

Despite injuring his hamstring, Carroll made a number of impressive saves throughout the match, keeping a clean sheet while barely having control of one of his legs.

When the final whistle blew and Olympiacos progressed to the next round, fans showed their gratitude to the new signing with thunderous applause.

Only six months prior, Carroll had been utterly deflated by the news that Phil Brown’s Preston, competing in League One, had passed up the chance to offer him a one-year contract.

Now the third-tier reject was putting in man-of-the-match performances in Europe.

For the rest of the 2011–12 season, Carroll was Olympiacos’ second-choice league goalkeeper but their go-to man in the Greek Football Cup.

A month after his one-legged heroics against Rubin, the 34-year-old faced his former side OFI Crete in the cup semi-finals. Across two legs, Carroll kept two clean sheets, helping the club to their first final in three years.

In the final, Carroll finally conceded a goal (but only via a wicked deflection), sending the match into extra time.

Olympiacos got the winner in the 119th minute, giving Carroll his first silverware in Greece and his first of any kind since the 2004 FA Cup. In that game, Sir Alex Ferguson had benevolently sent him on for Tim Howard in the 84th minute with United winning 3-0. In Greece there was no such sentimentalism: Carroll was making a serious contribution.

The following season, 2012–13, Carroll got even more games under his belt. In the Champions League, he helped the club to three victories out of four, including a 2-1 win over Arsenal in Greece.

He also found himself first-choice goalkeeper in the league for the first half of the campaign, never losing a match, though he ultimately lost his place to Megyeri from January 2013 onwards.

But Carroll continued to play Greek Football Cup, helping the Piraeus club to win the competition two years in a row with another dramatic final victory in extra time.

Carroll didn’t feature at all over 2013–14, but his three years in Greece earned him three medals (one league and two cups) and the impressive record of never losing a domestic match with Olympiacos.

His success also helped him back into the Northern Ireland squad after a six-year absence. More than half of his 45 caps came after his Europa League penalty miracle, when he was already 34.

In recent years, Carroll has been candid about his struggles with addiction. His career has been blighted by off-the-field problems that weren’t visible from afar.

And even from afar, there’s plenty about Carroll’s odyssey of a career that isn’t particularly enviable.

Being promoted from the English third tier to be one of Mancheser United’s many failed Peter Schmeichel replacements didn’t look like much fun. Nor did being a backup at Rangers or joining Derby County midway through the worst Premier League campaign ever. 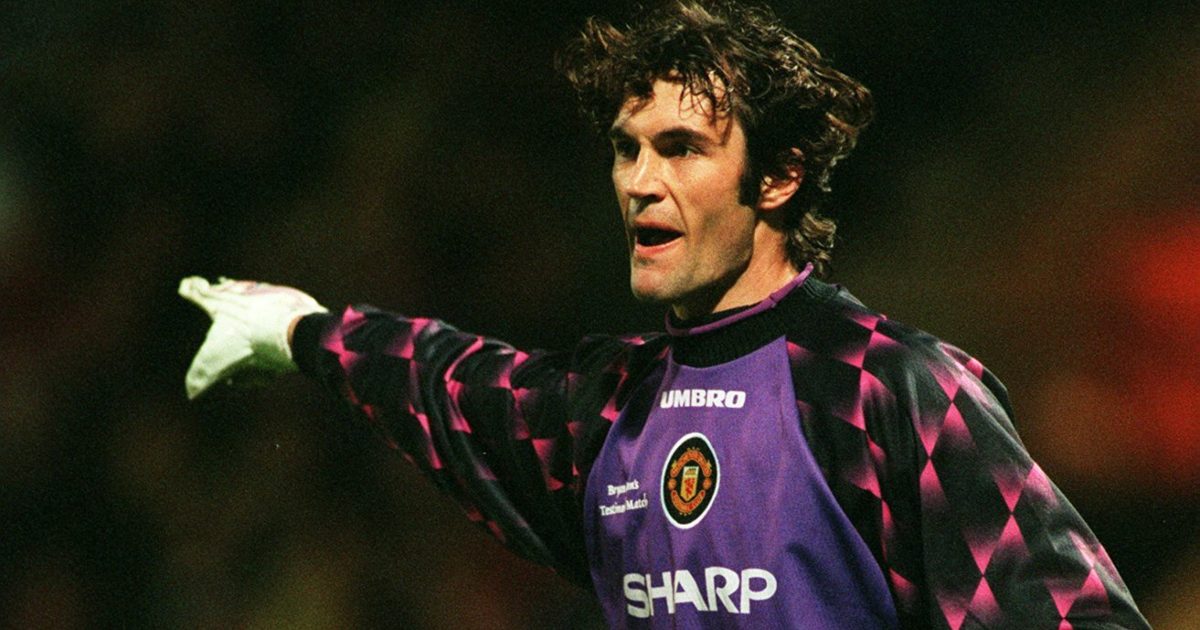 READ: Van der Gouw: The level was high at Man Utd, you have to give everything

It’s almost no wonder that in 2011 the idea of joining Preston in League One seemed like a breath of fresh air.

What Carroll found instead — a valued role at a club in actual paradise (compared to Glasgow, Derby or Preston) — was as deserved as it was unexpected.

“Over here your life is all in the press, but if you keep your head down and work hard everybody loves you,” Carroll told the BBC in 2014. “You can become a hero quickly.”

He’s right, but it’s unlikely anyone else will become a hero quite as quickly as he did.