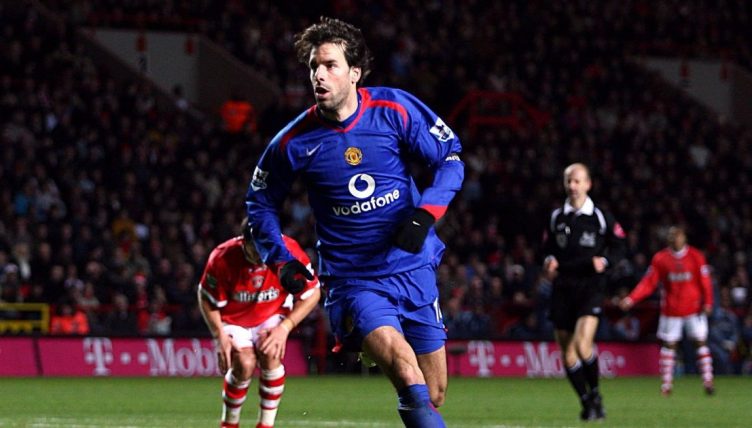 Dennis Bergkamp’s tekkers with the ball at his feet resulted in some lovely gif-able moves, but Ruud van Nistelrooy made an art of carrying off such moments of jaw-dropping absurdity with every other limb available to him at Manchester United.

Look no further than his goal at Charlton Athletic in November 2005. The goal has been snatched out of the archives – a 240p YouTube video and a Twitter clip are the extent of its fame nowadays – and it comes with a slight anomaly.

Despite hitting every possible criterion required to define a great goal – exquisite teamwork, individual brilliance, a volley, an audacious pass and a mazy run – it somehow fell into obscurity.

Ahead of the fixture at The Valley in November 2005, Manchester United were in a relatively precarious fourth position while Charlton Athletic, their forthcoming casualty, were just two points behind in eighth.

Without Roy Keane, who had left the club the previous day in typically explosive circumstances, Wayne Rooney took it upon himself to kickstart the chain of events leading up to the goal.

He picked the ball up on 68 minutes, with the scoreline delicately poised at 1-1. Instead of looking to the centre, where there was a Keane-shaped hole in midfield, he juggled through two tangled Charlton players on the halfway line, before coming back using the inside of his boot.

It’s actually not too dissimilar to Eric Cantona in the build-up of his chip goal against Sunderland in 1996 – but, instead of taking the logical step of putting the ball into the middle and making a run towards goal, Rooney carried the ball further himself.

He still had three opponents swarming around him as he charged towards a withdrawing defence and the 18-yard box. Luckily, one defender dropped off and another appeared to give up the case entirely, making a short last stride to halt his run.

The last man made one final attempt to dig out the ball from Rooney’s feet on the edge of the box, but the striker breezes past him to the outside (though, for a half a second or so, it appeared he might’ve landed in trouble.)

Now inside the box and one last man closing down on him, Rooney faced an almighty predicament: Van Nistelrooy was the only man available in the centre, alongside four Charlton defenders who’d moved inside to stop any ensuing cross.

A normal option would be for Rooney to step left with the ball, back to the corner flag and square a pass to the left-back – in this case Mikael Silvestre – for an inswinger, or to even recycle again.

It’s either that or, on his weaker left foot, try the near-enough impossible task of crossing the ball with an inswinging curl past three defenders and out of range of Charlton goalkeeper Stephan Andersen and into the path of Van Nistelrooy, who’s waiting wide-eyed by the six-yard box.

But that would almost be an entirely futile endeavour given the number of opposition bodies swarming.

Despite the ball being on his left side and it motioning towards his left foot, he twisted his body so it’s facing inwards, towards goal. With his right boot, he poked through a ball with both the precision to accurately glide it towards Van Nistelrooy and the delicacy with which the striker is able to control it at close range.

Such a pass was inconceivable, and yet it was somehow imagined and executed in a manner only a few in the entire world could do: in a three-metre space, Rooney loops over perfectly to his team-mate, in lieu of three scrambling defenders all sturdily back in position.

Van Nistelrooy, now, with his chest, was able to turn his man, who’s practically in his pocket. A deft swivel after rotating the ball on his chest completely took the defender out. Think the hapless position Jan Olsson was facing when Johan Cruyff first revealed to the world his eponymous turn in 1974, only this manoeuvre was done entirely in mid-air. He’s had him on toast.

The coup de grace is worthy of the entirety of this team goal. Right now, the ball was mid-motion, to Van Nistelrooy’s left side. The goalkeeper was central, and that’s precisely where he remained, stunned, as the striker sweet-spotted a volley back across the opposite side of him, back into the top corner. Absolute bliss.

The enthusiasm of the subsequent celebrations saw an advertising hoarding knocked down, an innocent steward hurt, and Van Nistelrooy even booked for his exuberance.

Charlton then threatened to ban Manchester United fans from The Valley following the eventual 3-1 win for the visitors, such was the fervent gesticulations that subsequently erupted in the away end.

We say it was absolutely worth it, though.