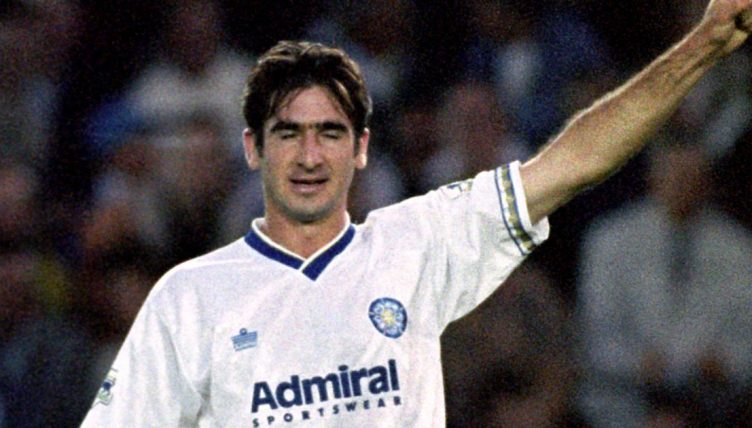 Eric Cantona was an incredibly cool footballer. He kung-fu kicked racists, talked Kanye-esque bollocks in press conferences and played the game with a collar-up verve and nonchalance only the very best can pull off.

It seems only fitting, then, that Cantona was the man to score the first ever hat-trick of the Premier League era. Yet when the Frenchman plundered three goals in Leeds United‘s 5-0 victory over Tottenham in August 1992, he was decidedly uncool.

The only way to describe Eric Cantona that night at Elland Road is to use a very un-Cantona word; he was very, very giddy.

It’s perhaps understandable. It was Cantona’s second hat-trick within a month, having already put Liverpool to the sword at Wembley as Leeds beat the Reds 4-3 in the Charity Shield. Leeds were the reigning champions of England, the last winners of the old First Division, and his relationship with Howard Wilkinson had yet to reach breaking point.

The Peacocks’ defence of their title ultimately proved disastrous as they flirted with relegation, failing to win away from home all season. But if Tottenham visited West Yorkshire in the fourth league match of the season hoping to find a club in turmoil after a 4-1 defeat at Middlesbrough only three days earlier, they instead met the rampaging Leeds side of the previous campaign.

Indeed, Phil Andrews begun his match report for The Independent by writing: “If the mark of true champions is their ability to put their bad days behind them, Leeds United may yet stamp as firm an impression on the new Premier League as they left on the old First Division.”

Much of that optimism was due to the performance of Cantona. 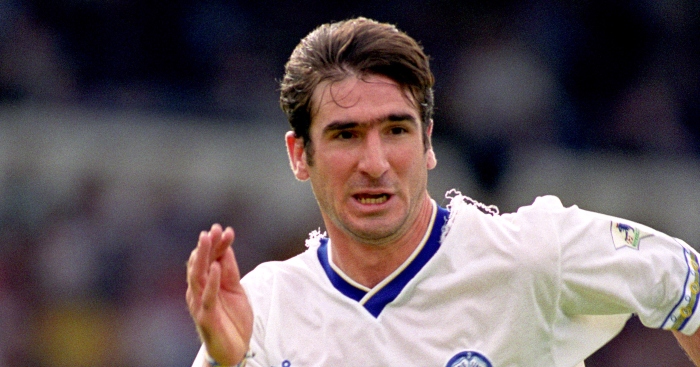 He’d already showed signs that it was going to be his night prior to opening his account in the 26th minute. He gave Tottenham an early warning by attempting what Andrews described as a “spectacular” bicycle kick and had been involved in the move that saw Rod Wallace open the scoring as Spurs’ back four appeared to be suffering a 90-minute nervous breakdown.

Seven minutes after Wallace put Leeds ahead, Cantona was on hand to get himself on the scoresheet.

Leeds’ football under Wilkinson may not have always been the easiest on the eye, but it was designed to induce chaos and panic among the opposition.

After a punt forward, Gary Speed kept the move flowing with a bizarre overhead kick while sat on the ground before flick-ons from Cantona and then Lee Chapman gave the diminutive Wallace the chance to make a nuisance of himself in the box, meaning Justin Edinburgh could only head the ball back into Cantona’s path.

He made no mistake with the finish, completing a goal that was a perfect amalgamation of English football in the 90s: direct, combative football; a defensive mishap; and a sprinkling of foreign flair.

But this was Cantona pre-stony-faced-arrogance-after-chipping-Lionel-Perez. Instead, he celebrated with pure joy, propelling himself towards Leeds’ Kop by windmilling his arm before breaking into a gleeful jig.

It took just five more minutes before Cantona was back among the goals, and again it was Wilkinson’s Leeds at their destructive best.

If Cantona was allowed to break character as the mysterious, enigmatic Frenchman, Leeds’ two central midfielders decided to have a go at swapping roles themselves, as the classy creator Gary McAllister won the ball back high up the pitch, allowing the dogged David Batty to pick out the striker with a pinpoint chipped cross.

Cantona did the rest, and he was back windmilling his way to the delirious Kop.

Leeds went into the break leading 3-0, and Spurs may have still been suffering from shell shock when they came out for the second half and saw Cantona complete his hat-trick a minute later.

Wallace, a bundle of energy, enthusiasm and pace, sped down the left wing before crossing to target man Chapman. The forward may have miscued his header, but that only presented Cantona with the chance to volley home his third; “it was Ooh-trois-Cantona,” were the words of Andrews in The Independent.

Once again, the celebration was less Jacques Dutronc and more Madness.

“This was Leeds restored to their all-action best,” Andrews concluded, “but Cantona – an inspired signing if ever there was one – would have stood out for his clever lay-offs, his delicate touch and his ability to find space even if he had not scored three goals to go with the hat-trick he scored in the Charity Shield.”

But Cantona was not seen smiling at Elland Road much longer. By November, Leeds had been knocked out of the Champions League by Rangers and their season was starting to unravel.

Wilkinson went on to make that infamous call to Manchester United to enquire about the availability of Denis Irwin and the rest, well, that’s a whole other story.

Let’s just say the next time Cantona celebrated in front of the Elland Road Kop it was a very different vibe.

‘Do You Want To Win?’: The story of Howard Wilkinson’s Leeds champions