Remembering the night Mark Viduka produced an assist for the ages 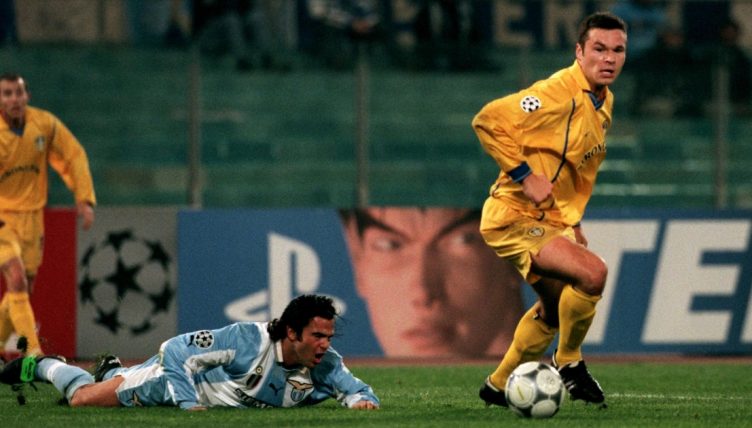 Mark Viduka was often seen as the brawn of his attacking partnerships, whether in England, Scotland or Croatia, but the legendary Australian striker carried an air of subtlety few gave him credit for.

The idea of a player’s physical appearance dictating the reception of his play is nothing new, and Viduka – a stacked lorry of a man – was never likely to be burdened with a twinkle-toes moniker.

However, he could always impact a game with an unforeseen level of subtlety, and this was never more visible than during Leeds United’s 1-0 victory at Lazio back in 2000.

A Lazio side including the likes of Alessandro Nesta, Juan Sebastian Veron, Pavel Nedved and Hernan Crespo will have expected to have the upper hand on their visitors, despite a depleted Leeds stunning AC Milan in the first group stage.

Sven-Goran Eriksson’s side had scored nine goals in their three games at the Olimpico in the first group stage and were keen to get back to winning ways after losing 1-0 at Anderlecht.

At first, we were treated to the Viduka many might have expected from merely looking at the Aussie, a physical tussle with Nesta bringing him the first yellow card of the game after just two minutes.

It was as close as you’ll get to going 10 rounds with a grizzly bear on a football pitch, which makes what followed all the more unexpected.

When you’re driving down a rickety cliffside path and see a jeep coming the other way, you’re going to actively give them a wide berth, even more so if you’ve already seen them clip another less careful driver and send them careering to their death.

In earning his early booking from referee Claude Colombo, Viduka produced a comparable effect. But just because the jeep takes up more space doesn’t mean it doesn’t have a skilled driver at the wheel.

Viduka’s earlier impact was enough not just to leave Nesta’s ears ringing but to have the same impact on the Italian’s centre-back partner Fernando Couto. At least, this is the most natural explanation for the Portuguese international keeping his distance just enough, easing off just enough for Viduka to work his magic.

What’s striking about the assist is how it appears to occur within a grid system.

Alan Smith touches the ball towards his team-mate and makes a slightly arcing run around the blind-side of the Lazio defence, but Viduka’s movement is both far more rigid and far more fluid.

He brings the ball into his body and releasing it with the certainty of someone who knows the shortest difference between any two points is a straight line, and yet the contortion required to open up that path is where the hard work comes in.

A golfer can hole a monster putt, but the more impressive execution will come when he chips out of a bunker to leave himself with a gimme of a three-footer. Viduka showing an ability to do this while starting the game looking capable of getting from tee to green in one brute-force drive makes it all the more impressive.

When you look more closely at the assist, its beauty shines through even more: while Harry Kewell and Smith move at a frantic pace, Viduka refuses to operate at anything above a walk. And yet, against the Formula 1 movement of his team-mates, he has the guile of a man who could turn reading a book into a spectator sport.

When Lazio travelled to Elland Road for the final game of the second group stage, both teams’ fates were already sealed: the Serie A champions were heading home, while Leeds had a quarter-final on the way.

If you thought that meant Viduka was done, though, you weren’t paying enough attention. He was never done, he just found new ways to put you to the sword.

In the return game in March, after Leeds and Lazio had shared four goals between them, he decided to get in on the action. Now, though, there was no need for subtlety: while the assist in Rome was about control, this was controlled power, holding off Siniša Mihajlović and planting a header into the corner of Luca Marchegiani’s net almost in slow motion to bag his third goal in as many games.

Just as Mark Viduka was symbolic of the highest point in Leeds’ 21st-century history, his exit – just two months after scoring and picking up a red card in the game which more or less sealed relegation to the Championship – symbolised how far they had fallen.

Still, as things proceeded to get even worse, fans remained able to hold on to the memories of a genius who paired raw strength with a real eye for the unexpected.

Even the most eye-catching no-look pass of 2020 has nothing on what he did in Rome.