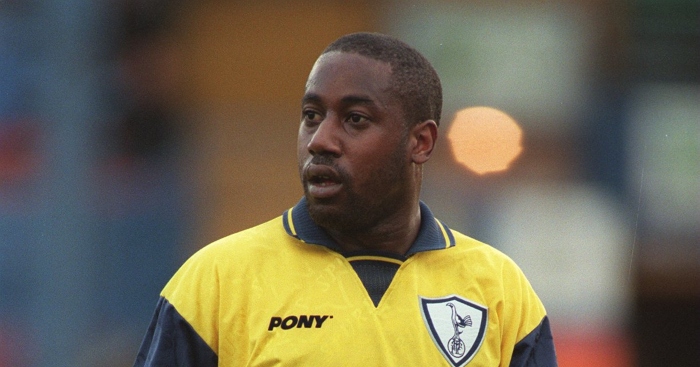 Tottenham didn’t want to be involved in the Intertoto Cup.

The cup competition, newly integrated into UEFA’s structure for the 1995-96 season, began with a group stage in June – frankly, much earlier than any English team would have liked.

However, while Sheffield Wednesday took things seriously and took second spot in their group, Spurs and neighbours Wimbledon decided from the get-go that they had no plans to do anything like that.

We’re not entirely sure how it was decided which Premier League clubs would end up in the competition for its inaugural edition. Spurs had finished seventh in the league in the previous season, with Wimbledon ninth and Wednesday 13th, but the other clubs who finished outside the European places were able to get the summer off.

Perhaps these three had just put up less of a fuss than their rivals, or simply fancied calling the league’s bluff. After all, with pre-season tours already organised, surely they wouldn’t actually be forced to take part.

If that was the plan, though, it didn’t work, and Spurs found themselves desperately trying to cobble a squad together with many of their senior players away on international duty.

“We were all looking at players just to see if we could get a team out that was the best standard we could manage,” manager Gerry Francis later recalled.

So, they brought in some available players with top-flight or European experience, right? Not quite.

Spurs loaned in David Byrne (a 34-year-old who had last played for St Mirren), Mark Newson (fresh from Barnet, in England’s fourth tier) and Ian Sampson, whose Northampton Town side had finished a few spots behind Barnet in the previous season.

At least the fourth loanee, Alan Pardew, had played top-flight football before. But he was 34, had just come off a final season with second-tier Charlton and spent time with the Spurs squad before moving to Barnet to see out his career.

The remainder of the squad comprised of youngsters and fringe players. Stephen Carr was the only one of the bunch to pass 25 league games in a Spurs shirt, while the likes of Paul Mahorn and Andy Turner got a substantially smaller amount of game time.

At the time, however, Carr was an 18-year-old whose competitive experience amounted to 45 minutes in the league and a few more in one League Cup appearance.

“The fact that Luzern’s players actually knew each other gradually told,” a generous Phil Shaw wrote in The Independent after a 2-0 home defeat in the first game at the Goldstone Ground in Brighton.

Oh, we should have mentioned, White Hart Lane was unusable after being used for American football over the summer. At least some things don’t change.

Spurs incredibly contrived to win their next game, away at Slovenia’s Rudar Velenje, with the winner coming from John Hendry. Hendry, a Scottish striker who would join Motherwell before matchday three against Swedish side Östers IF, the fifth best team in their country in 1994.

The one game which has had the longest-lasting impact, though, came in matchday four, when Spurs’ rag-tag bunch of misfits came up against a Köln side boasting a strikeforce of German international Bruno Labbadia and Austria’s record goalscorer Toni Polster.

Dorinel Munteanu’s early blast set the tone, but at least the Bundesliga side paced themselves, scoring four goals in the first half and another four in the second as goalkeeper Chris Day – a week shy of his 20th birthday – was thrown to the wolves.

“I had Bodo Ilgner, the German goalkeeper from the World Cups in 1990 and 1994, telling me I was warming up at the wrong end,” Day told the Express more than a decade later.

“I think they had 14 World Cup players against a bunch of 18 and 19-year-olds and some lads who were coming towards the end of their careers.”

The Illgner/Day contrast might have been the biggest, but all throughout the team there were huge gulfs in quality. Köln’s midfield included Munteanu, a regular Romania international; Spurs’ included Simon Spencer, who had dropped down to non-league by 1998.

The hosts’ front-line included Polster, well on his way to 44 international goals. The English side relied on Steve Slade, who was preparing for a move to Cambridge United when Polster hung up his boots in 2000.

In defence for the visitors was East Germany international Ralf Hauptmann. At the other end of the field was Owen Coll, an Irishman who spent his best years with Aldershot Town.

It wasn’t really a fair fight, and when you watch the Köln players dance through for goal after goal the only natural reaction is “well, obviously”.

“That was the first time I saw a camera behind the goal and I thought, ‘This is going to be entertaining,’ bearing in mind it was their first team,” Pardew said.

“We literally had the youth team, a couple of reserves, and some mercenaries.”

Spurs were handed a one-year ban from European competition after the game, as were Wimbledon, but both had the rulings overturned. Not that it made much difference – the Dons finished in the bottom half, while Spurs ended up a couple of points shy of a UEFA Cup spot.

If only they’d kept Pards for a few more games.