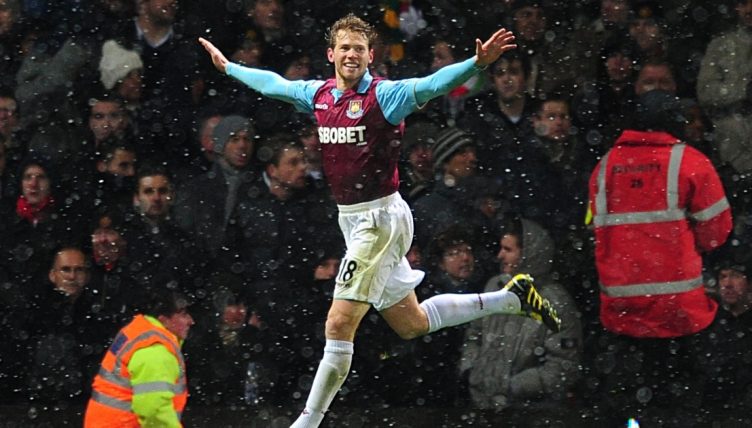 The 2010-11 season wasn’t the most enjoyable time for West Ham United fans, but there was one very notable exception.

Avram Grant’s Hammers famously won more games in the cups than in the league that season – I say famously, most people probably weren’t counting at the time – and that might say more about their Premier League form when you consider they still didn’t make the final in either cup competition.

It needed a late Birmingham City turnaround to deny Grant’s men a spot in the League Cup final, an eventuality that would have robbed us of that Obafemi Martins moment against Arsenal. However, for West Ham fans, the previous round is the only one which anyone still talks about.

More than 33,000 fans headed to a chilly Upton Park that late November night, but I was not one of them.

As a West Ham supporter with realistic expectations, when given the choice between watching The National at Brixton Academy and throwing some money at a team coming off one win in nine league games as they prepared to host a Manchester United team still unbeaten in all competitions, the decision felt like a no-brainer.

United had just beaten Blackburn Rovers 7-1. They had not lost a game since April 3, and now it was November 30. Their midfield included Ryan Giggs and Darren Fletcher. West Ham’s contained Radoslav Kovac and a 33-year-old Luis Boa Morte. They had 31 points from their 15 league games. West Ham had 12.

The previous week’s match against Wigan had been framed as a ‘save our season’ game. It was, and I can’t stress this enough, November.

When I say the final result was a surprise, there’s no way of stressing quite how much a surprise we’re talking about. And that includes the scorers as well.

#ONTHISDAY Jonathan Spector was an unlikely scorer as the Hammers froze @ManUtd out of the League Cup in 2010 #WHUFC pic.twitter.com/KKEKOLCOG2

When you look at Jonathan Spector, you don’t see the words ‘goal threat’, and with good reason.

In more than 100 games for club and country before that night, the American had scored – get this – zero career goals. You’d be hard-pressed to find someone who even remembers him taking a shot in any of those appearances.

Spector played more than 400 times over the course of his career and scored a grand total of six goals. One of them can be found above, with what can generously be called a diving header and more accurately described as a stop-motion version of a diving header illustrated in a GCSE science textbook.

The second of the six arrived just 15 minutes later.

#ONTHISDAY Jonathan Spector was all smiles after scoring in our League Cup rout of @ManUtd in 2010! #WHUFC #COYI pic.twitter.com/WlJnKQNk5L

To put Spector’s second down to the slip from a United defender as Victor Obinna holds up the ball is to miss the point entirely.

Before that evening, you could have given Spector a penalty and an open goal, Diana Ross in 1994 style, and not been certain of the result.

Sure, he was a professional footballer, so you could probably make a reasonable guess, but the entire point is you didn’t know for sure.

This was a night in which the rules didn’t apply in any meaningful sense, and this extended to Obinna picking up four assists over the course of 90 minutes. For those keeping score, that’s more than he managed across his 25 Premier League appearances combined.

#ONTHISDAY @CarltonCole1 soared through the snow to nod in during our 4-0 League Cup win over @ManUtd in 2010 #WHUFC pic.twitter.com/q6RpgtpvVe

The falling snow in November gives all of this an extra sense of unreality, as if it was something that always could happen but almost never did happen.

Speaking of things that were so rare you wondered if they were even legal, Cole had never scored twice for West Ham in the same game since netting seconds into his debut in 2006. Four years. More than 30 goals. Not a single brace. From a striker.

As soon as Spector headed in that first West Ham goal, though, you got a sense that this game was non-canon. Cole saw that too, prompting some of the best back-to-goal attacking play he ever produced in claret and blue.

Cole would only ever score twice in the same game one more time in his career, and that too would be in the 2010-11 season under Grant, under the floodlights at Upton Park.

There were plenty of unhappy memories about that season, but there were positives as well.

#ONTHISDAY It was snowing goals in 2010, when @CarltonCole1 bagged two in a 4-0 League Cup win over @ManUtd #WHUFC pic.twitter.com/g4vgzDM6MG

Around this point, as Cole was spinning past Jonny Evans to complete the rout, I was probably knocking back a drink while listening to the opening bars of ‘England’, nearly eight years before it became synonymous with a certain World Cup penalty shoot-out.

Imagine having been inside with limited internet and plentiful distractions, only to discover (a) your team has beaten opponents who were undefeated in half a year, (b) it’s done so by a 4-0 margin, (c) Jonathan Spector has scored twice and most importantly (d) it’s snowing outside in November. You’d have a hard time thinking the scriptwriters in charge of your life weren’t taking the piss.

West Ham went 2-0 up in the next game against Manchester United, too, though they lost that one. And the one after that. Indeed, they won none of the next 12 against the Red Devils.

You’d think that might put a dampener on things, but in fact, it was the opposite. What followed in the next few years made that night even sweeter… even if I saw none of it.

READ NEXT: Carlton Cole, a mystery box of a striker who was only ever world-class or awful

TRY A QUIZ: Can you name every player to score 10+ Premier League goals for West Ham?