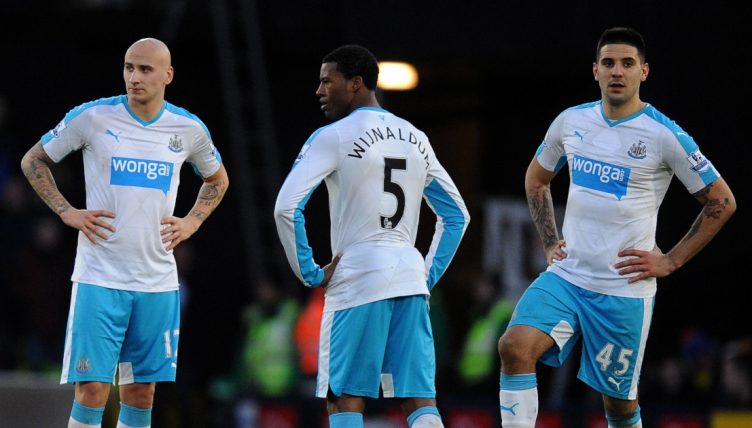 Bolstered by Saudi money, Newcastle United can reportedly spend about £50million in January and more in the summer. But what happened last time they spent that big?

To some, that number will seem small. Partly because Newcastle are now the richest club in the world; partly because Football Manager 2022 has put the budget at a more playful (and probably necessary?) £200million.

Throwing cash at a problem doesn’t always work though.

During his Newcastle tenure, Mike Ashley had a reputation for being one of the Premier League’s most frugal owners. And most seasons that reputation was justified.

During the 2015–16 season, however, he bucked the trend. Newcastle had the second-highest net spend in the league that year, behind only Manchester City, and they chucked big money at stars like Georginio Wijnaldum.

Strangely, the beneficiary of all that cash was Steve McClaren, who had recently been working on a shoestring at Derby.

It’s no surprise that all that spending made Newcastle’s season an interesting one. Wijnaldum scored four goals in a game, while fellow new recruits Aleksandar Mitrovic and Jonjo Shelvey brought their own brand of level-headed discipline to the club.

But did it work? Or did spending a ton of money actually make Newcastle worse?

Bolting the horse on

On the final day of the 2014–15 season, in which Newcastle avoided relegation by just four points, Mike Ashley made two striking comments.

“We’ve got the club on a very sound financial footing so we are able to spend and punch above our weight,” he said. “We may have the cart, but we now need to bolt the horse on, and we are going to.”

“Now [my intention] is definitely to win something,” he boasted. “And by the way, I won’t be selling [the club] until I do.”

In the end, Ashley came good on just one of his promises.

On 11 July 2015, the sportswear mogul spent £14.5million — more than he’d ever spent on a player before — on PSV midfielder Wijnaldum. And before the month was over, he’d wired a further £21.5million to Anderlecht for  Mitrovic and Chancel Mbemba.

DYNAMIC LINE-UPS: Aleksandar Mitrović goes in front of the cameras for @SkySports and international broadcasters. pic.twitter.com/ZNuEMAdXQV

What’s more, the owner didn’t decimate his existing squad. The only lamentable exits were Davide Santon, who joined Inter for £3million, and club legend Jonas Gutierrez, who was — contrary to his own wishes, and in bizarre circumstances — released on a free transfer.

McClaren had a glittering (ish) squad to work with. But could he win a trophy and indirectly secure Ashley’s departure?

To be fair to McClaren, he did try to instil a “culture of excellence” at the club. This involved implementing a strictly formal dress code on match day — Chancel Mbemba and Florian Thauvin curiously wore tuxedos — and banning swearing.

It's Chancel Mbemba's birthday, which means it's only right to dig out this photo of him turning up for his #NUFC debut in a tuxedo. pic.twitter.com/gpt6cmm5aF

Newcastle didn’t win any of their first eight league games, during which time they were knocked out of the League Cup by Championship side Sheffield Wednesday.

Draws with Manchester United and Chelsea demonstrated something approaching resolve, but a 6-1 defeat to Manchester City kept morale decidedly low.

The biggest dividend from the summer investment came on 18 October. Following an international break, Newcastle beat Norwich 6-2 at St James’ Park, with Wijnaldum netting four times and Mitrovic getting on the scoresheet too.

But the elation lasted only a week before McClaren’s side lost the Tyne-Wear derby 3-0 in Sunderland.

Newcastle’s summer spending made Ashley reluctant to pull the trigger on McClaren — a move that would cost yet more money.

And every time results got particularly bad, the manager would deliver a result or two: wins over Liverpool and Spurs in December took them out of the relegation zone, then a dire festive period was followed by a 3-3 draw against Man United and a 2-1 win over West Ham.

But Ashley’s reaction to poor results was to buy more players rather than change the manager.

Jonjo Shelvey and Andros Townsend arrived in January for around £12million each. And the club sent all of £5million to Bordeaux for mystery man Henri Saivet. In five and a half years, Saivet would play just eight times for Newcastle.

Cleaning up the mess

In the end, Ashley buckled. He sacked McClaren on 11 March 2016, replacing him — somewhat improbably — with Rafael Benitez, recently of Real Madrid.

But by then it was too late.

Even with Benitez at the helm and more than £80million of new talent in the squad, Newcastle couldn’t save themselves.

12 points from the final six games of the season brought them agonisingly close, but they finished 18th, two points below Sunderland. Benitez was serenaded with chants of “we want you to stay” after a final-day 5-1 victory over Tottenham. 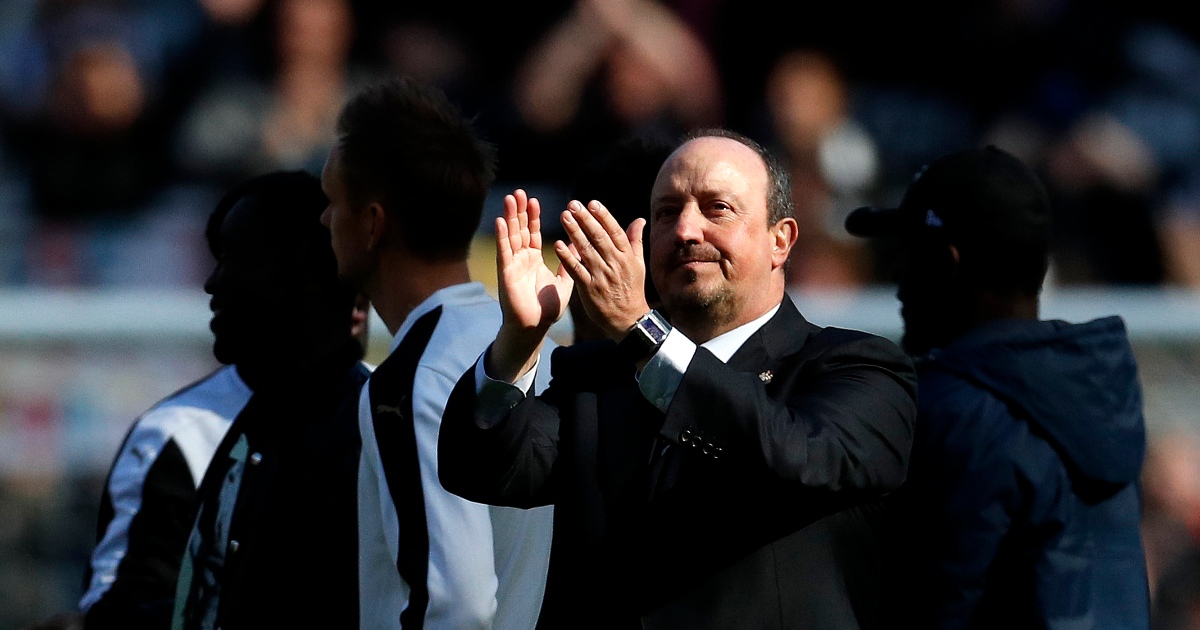 The club’s dreadful forward line didn’t help things. Loan signing Seydou Doumbia made no impact, one-time hero Papiss Cisse had mentally checked out, while £6million man Emmanuel Riviere — bought from Monaco the season before — proved to be one of the club’s worst-ever strikers.

To be fair to Ashley and his team though, most of the 2015–16 signings turned out okay.

Only Florian Thauvin was a genuine disaster, but the midfielder has since shown he had the talent to play for Newcastle. He just preferred playing on the French Riviera, as most of us would.

But poor management and existing weak links within the squad made all that spending futile. What’s more, some of the more fanciful signings — Saivet, primarily— put a financial burden on the club for seasons to come.

These days, Newcastle could buy Henri Saivet 10 times over and still avoid financial peril. But the club should be wary: spending big won’t always save you.