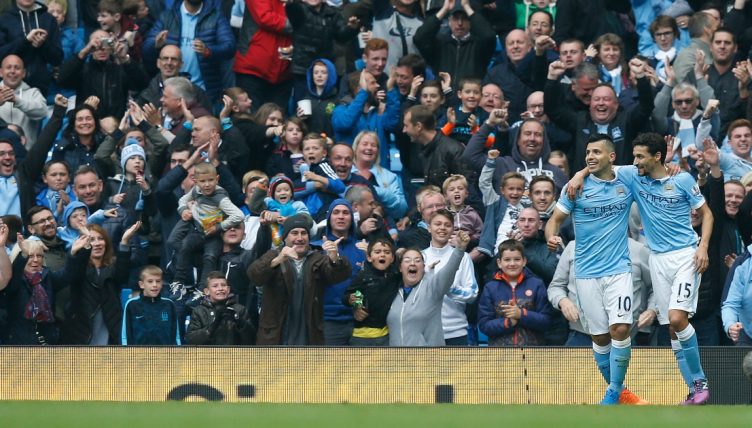 Most football fans will remember where they were at the moment Martin Tyler spontaneously combusted live on air. The strike that made a flustered Paul Merson speak about lovebites on Soccer Saturday. When Sunderland fans did the Poznan in front of a furious Sir Alex Ferguson.

That goal in May 2012 will always remain the quintessential Sergio Aguero goal, the moment where all the hype and bluster surrounding the Premier League was justified in a shot of pure adrenaline.

But Manchester City’s record goalscorer was excellent for so long that some of his other personal hauls are in danger of being overlooked.

Such as the time he scored five goals in 20 minutes against Newcastle United in October 2015.

On the face of it, this was an achievement that looked like it should come with more asterisks than a French comic book.

For one, Newcastle were managed by Steve McClaren and didn’t let this 6-1 thrashing at the Etihad stop their brisk walk towards relegation at the end of the 2015-16 season.

Yet this demolition job showcased why Aguero was the creme de la creme of strikers during his prime.

The Argentina international entered the game having only scored once during the embryonic league season.

Newcastle were meant to be obliging opponents, having arrived in east Manchester winless, but surprised themselves and everybody else by taking the game to City.

After Aleksandar Mitrovic plundered the opening goal, McClaren’s side proceeded to dominate the first half. The Newcastle manager said afterwards that his side should have been 3-0 up at half-time – which was a claim that sounded much less ridiculous than it looks on paper.

But, like a pack of noisy zebras failing to notice a nearby lion emerging from its slumber, there were signs Aguero was in the mood to inflict some serious damage upon his opponents.

One sharply-struck header was blocked by a defender and another attempt from outside the penalty area skidded just wide.

His performance was already a cut above his listless team-mates and Newcastle weren’t able to keep Aguero out before half-time.

Some neat build-up play between Pablo Zabaleta and David Silva presented a perfect ball in the direction of Fernandinho in the penalty area, who cushioned header back across the goalmouth. Aguero did the rest to level the score.

All the cliches about it being the perfect time to score rang true. Seconds from being booed off by their own supporters, City had a lifeline to exploit.

It took them two minutes after the restart to surge ahead. Newcastle, in a classic example of surrendering your wallet to the wallet inspector, dozily gave away possession to Silva, who instantly sought out Aguero.

After cutting inside  Fabricio Coloccini, the City striker saw his shot take a fatal deflection of another Newcastle defender that left Tim Krul rooted to the spot. 2-1.

His third goal followed almost instantly. Having scored with his head and left foot, Aguero completed the perfect hat-trick by instinctively lifting the ball over Krul following a textbook Kevin De Bruyne through ball.

De Bruyne scored an outrageous fourth, hooking the ball over his head acrobatically and past a despairing Krul, before Aguero tag-teamed back in to finish what he’d started. 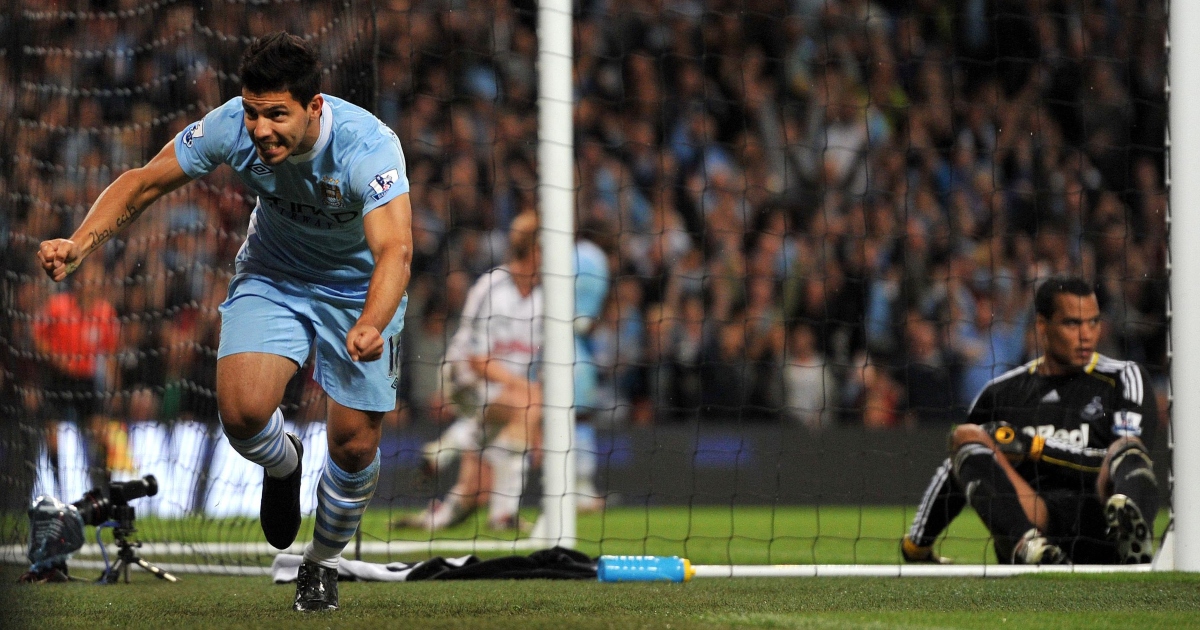 Now there’s no doubt that Newcastle’s spirit had been hung, drawn and quartered by this point. Or perhaps their half-time oranges had been laced with narcotics.

In all honesty, we could have spent this whole article thinking of creative reasons why none of their defenders possessed the wherewithal to close Aguero down on the edge of their penalty area.

One shuffle later and Kun had created the opening to curl a delightful shot into the bottom left-hand corner of Krul’s goal. You don’t exactly become a world-class striker by looking gift horses in the mouth.

The exhibition received its finishing touches just before an hour had been played. De Bruyne, who was busy producing a performance that moonlighted as a metaphorical middle finger towards Jose Mourinho, hooked a precise ball along the floor towards the back post.

While the poultry wearing black and white stripes panicked and floundered, the fox-like Aguero stole in to slide home his fifth goal in a 20-minute window.

City boss Manuel Pellegrini, perhaps showing the lack of killer instinct that precluded him from being one of the great managers, took pity on Newcastle at this point and withdrew their tormentor with 25 minutes still to complete.

His substitution was theatrically booed by the City support before all four corners of the stadium stood and applauded what Aguero had achieved on a dank autumn afternoon in Manchester.

It was a performance that got everybody excited. The normally zen-like Pelligrini told reporters afterwards: “After what we have seen today, of course, Kun [Aguero] is at that level. I have already said that, after Ronaldo and Messi, he is the best player in the world.”

Zabaleta endorsed this opinion and said: “We’ve been talking recently about him being among the best strikers in the world and for sure, he is one of them. We can definitely put him up there with the best there is – [Luis] Suarez, Messi, Neymar, [Karim] Benzema. He’s at that same level.”

Only now are we quite realising how brilliant Aguero as the dust settles on his brilliant career.

All those associated with Newcastle will need no such amnesty.