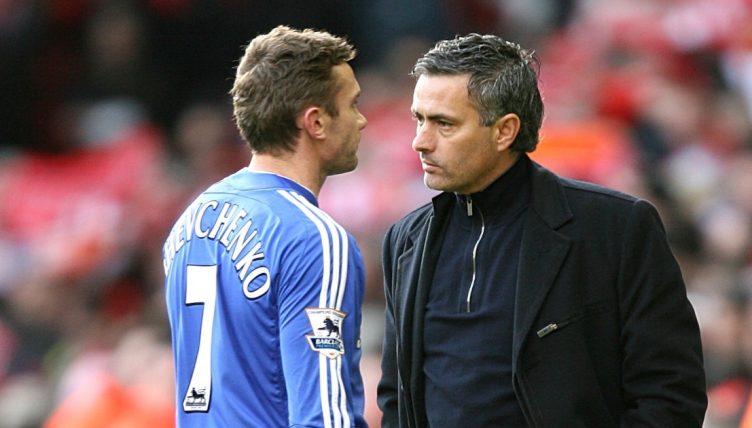 Despite the success they enjoyed together at Chelsea, there was always a sense that Jose Mourinho and Roman Abramovich enjoyed a marriage of convenience.

Abramovich, who sacked Claudio Ranieri in 2004 after a trophyless season, may have seen Mourinho as a serial winner who’d bring success to Stamford Bridge but without playing the ‘sexy’ football he desperately craved.

While Mourinho, despite recognising that the Chelsea owner could bankroll his every whim in the transfer market, resented Abrahmovich’s preference for star signings.

And the arrival of Andriy Shevchenko in the summer of 2006 caused these working differences to become a chasm.

Chelsea were in the market for a new striker to play alongside Didier Drogba and, having won two Premier League titles in a row, had their sights set on the Champions League.

Mourinho made a shortlist of strikers he wanted the club to target and Shevchenko wasn’t one of them – his preference was for Samuel Eto’o of Barcelona. Yet Abramovich had wanted to sign the Ukraine captain for three seasons and essentially put this foot down.

“Because of his persistence and as my life situation changed I decided the time was right,” Shevchenko said at the time. “It meant a lot to me that Chelsea have wanted me for the past three years and that is the reason I chose them.”

One-nil to Roman. Uncharacteristically, Mourinho put on a brave face for the moment.

In fairness, it wasn’t a bad second option to have. Shevchenko was regarded as one of the world’s best strikers, having scored 173 goals for AC Milan and won the Ballon d’Or in 2004.

And he made a goalscoring debut in the Community Shield against Liverpool. Chelsea may have lost 2-1 but the main takeaway from the match was Shevchenko’s wonderfully assured finish.

Shevchenko had spent the summer leading Ukraine to the World Cup quarter-finals and arrived in England with something of a hangover. He struggled with the style of the Premier League too, often taking an extra touch and getting caught in possession instead of moving it on quickly. 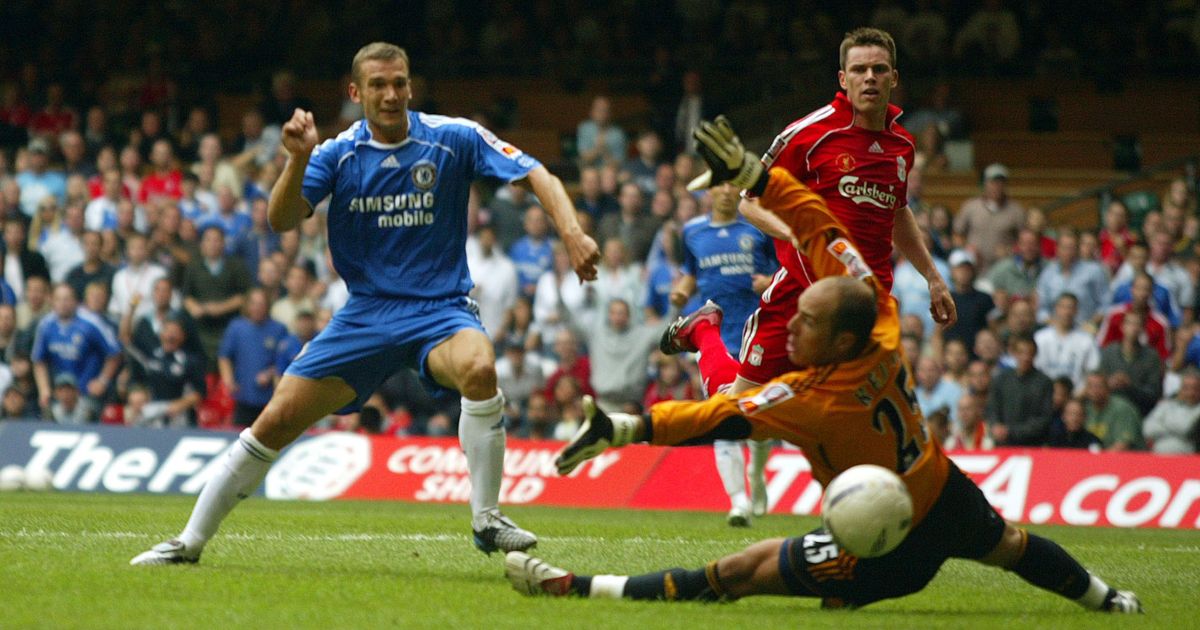 Another complicating factor was the form of Drogba. The Ivory Coast captain hit another level in 2006-07, with a 33-goal haul that surpassed his combined tally for his previous two years at Chelsea.

Shevchenko found himself shunted out wide. He scored in victories over Portsmouth and Watford, but there was no doubt he was being overshadowed by his strike partner – something not helped by Mourinho’s public utterances.

“He is on top of his game and I don’t see anyone else playing and scoring like him in Europe right now,” the Chelsea boss said after Drogba’s hat-trick against Watford.

Shevchenko wasn’t a total bust at Stamford Bridge. He contributed 14 goals and 12 assists in 2006-07, including Champions League goals against Porto and Valencia.

But the word most commonly uttered by Chelsea fans was ‘underwhelming’ and matters came to a head in January.

Thwarted in attempts to sign either Jermain Defoe or Milan Baros, Mourinho dropped Shevchenko from his squad to face Wigan.

His camp suspected that an injury that caused him to miss a League Cup semi at Wycombe was contrived because the Ukrainian feared more negative publicity should he fail to score against a fourth-tier side.

In response, Abramovich told his manager that he wouldn’t be allowed to add another striker to the squad under any circumstances and instructed him to use Shevchenko properly.

Mourinho fully expected to be sacked. Shevchenko and Abramovich shared a close relationship and the striker’s struggles reflected badly upon the owner. His decision to reject the compromise of appointing a Russian-speaking coach, believed to be Avram Grant, exacerbated matters.

But Mourinho stayed and Shevchenko continued to play a bit-part role in Chelsea’s season.

Flashback to this Shevchenko rocket 🚀

Back when Mourinho was in charge of Chelsea 👀pic.twitter.com/yocv9UDXey

The manager was furious when the striker withdrew from the Champions League semi-final defeat against Liverpool with a groin strain and did not play again that campaign.

Chelsea finished second in the league but won the FA Cup and League Cup – with Drogba scoring the winning goals in both of those finals.

“I wasn’t the key of the attack,” Shevchenko said in May 2007. “I was playing further behind, away from goal – different from how I played at Milan, and maybe that’s why Drogba scored so many goals this year.

“At Milan, I played in my natural role. Here I had to adapt to be something else, and I did it so I could help the team.”

The rocky relationship between Mourinho and Abramovich rumbled on until the following September after their long-standing differences had become irreconcilable.

Shevchenko scored the final goal of his reign in a 1-1 draw with Rosenborg, proving that the footballing gods possess a wicked sense of humour.

Mourinho later admitted: “At Chelsea, he was not my first choice. I had asked for another player, and I know at the time the club were doing everything to get me the players I wanted, or at least one of them, but it wasn’t possible for various reasons.

“And when I was offered Shevchenko, I said yes because he is undoubtedly a player of quality.

“He was like a prince in Milan and at Chelsea our philosophy was different, we had no princes.”

Ultimately, Mourinho was proven right. Shevchenko failed to fire under Avram Grant and left the club in 2009. He scored 22 goals in 77 appearances for Chelsea – not the worst record, but hardly one befitting somebody of Shevchenko’s quality.

The player never held Mourinho responsible for his failure in England. “Injuries were the main cause of my lack of success in England,” he later said. “Chelsea fans never got to see the real Shevchenko. English football is more physical and quicker than Italian football, which is more technical.”

As he prepares to face Mourinho as a managerial rival in Serie A, it’s telling that the main memory of Shevchenko’s time in England was his role as an unwitting pawn in the power struggle between the Portuguese manager and Abramovich.