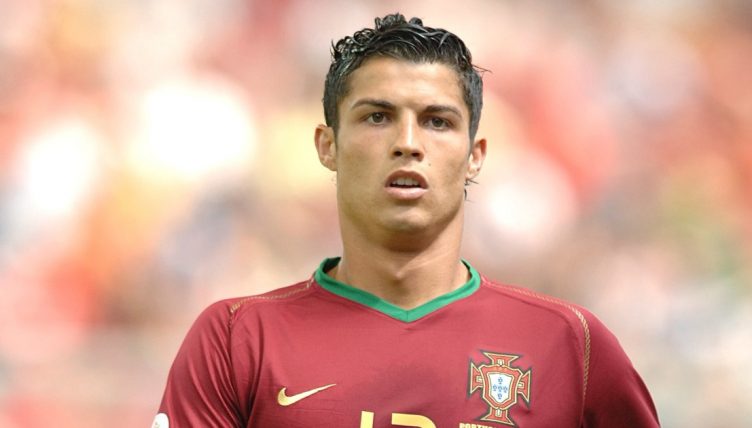 Alongside Frank Lampard, Cristiano Ronaldo must be one of the biggest advocates of goal-line technology.

Ronaldo has scored a staggering 115 goals for Portugal, making him the all-time top goalscorer in the history of international football.

However, he is never satisfied with what he already has and will undoubtedly argue that he should have at least three more goals for his country.

During Portugal’s 2022 World Cup qualifier against Serbia last March, Ronaldo was left fuming after he was controversially denied a last-minute winner.

The 36-year-old had every right to feel aggrieved given the ball had indeed crossed the line, but the lack of goal-line technology in place at the Rajko Mitic Stadium meant that Serbia were given a reprieve.

“I always give and will give everything for my country, that will never change,” Ronaldo wrote on Instagram after the 2-2 draw.

“But there are difficult times to deal with, especially when we feel that an entire nation is being harmed. We will keep our heads up and face the next challenge now.”

Ronaldo probably had a sense of deja vu as this wasn’t the first time that he had been denied an international goal due to a lack of goal-line technology. It happened not once, but twice.

Back in November 2010, Portugal secured a memorable 4-0 victory over Spain and Ronaldo ‘scored’ a superb individual goal against his country’s bitter rivals.

With the scores tied at 0-0 in the first half, he sent Gerard Pique to the shops with a brilliant piece of skill before scooping the ball over Iker Casillas.

It was destined for the back of the net but Nani, who clearly hadn’t read the script, then nodded the ball in from an offside position to deny his team-mate a memorable strike.

Ronaldo well and truly threw his toys out of the pram and later argued that the ball had crossed the line before Nani’s touch, meaning the goal should have stood.

“I don’t understand, even a blind man could see it was a goal. The ball was half a metre into the net,” Ronaldo told Marca after the game.

“I don’t know if it’s a coincidence or not but my best goals with the national team are being disallowed. I remember an overhead kick in the Bessa stadium which wasn’t given.”

Which brings us nicely on to disallowed goal number three…

Scoring outstanding goals has been a feature of Ronaldo’s illustrious career, from that free-kick against Portsmouth to his long-range strike against Porto.

After watching team-mates past and present score stunning overhead kicks, the forward then produced his own acrobatic effort in April 2018, famously leaping high into their to thump an incredible effort past a helpless Gigi Buffon in Real Madrid’s 3-0 win over Juventus.

“If you ask me to choose [a favourite], I would say the goal against Juventus because it’s a goal I’ve been trying to score for years,” Ronaldo told France Football in 2019.

However, it wasn’t the first time that Ronaldo had pulled off such a ludicrous attempt.

During Portugal’s Euro 2008 qualifier against Azerbaijan in October 2006, Ronaldo looked to have scored what would have been one of his best international goals.

Having already got the opening goal in the game, he flicked the ball up for himself in the 25th minute before executing a stunning bicycle kick that left the goalkeeper rooted to the spot.

Ronaldo’s goal is our favourite type of goal. After all, it’s a bicycle kick that bounces in off the bar. What more could you possibly want?

There was only one problem: the goal wasn’t given.

Cristiano Ronaldo wrongfully disallowed goal vs Azerbaijan in 2006 🔥❤️ his goal against Juventus want the first overhead kick. The media won't show you this pic.twitter.com/fxrveTULV9

The referee and linesman both failed to spot that the ball had crossed the line, prompting wild protestations from the Portugal squad and their supporters.

Unfortunately for Ronaldo, goal-line technology was still six years away from being approved by the International Football Association Board.

The decision didn’t prove costly in the end as Portugal secured a 3-0 win, but it did mean that the forward finished the game with a brace instead of his first career hat-trick.

While Ronaldo has plenty of other highlights and goals to celebrate in his career, we reckon he still smashes an expensive dinner plate every time he thinks of this brilliant strike.

For Ronaldo, football has become all about records, and he’d be that bit closer to Daei’s tally if goal-line technology had been available.