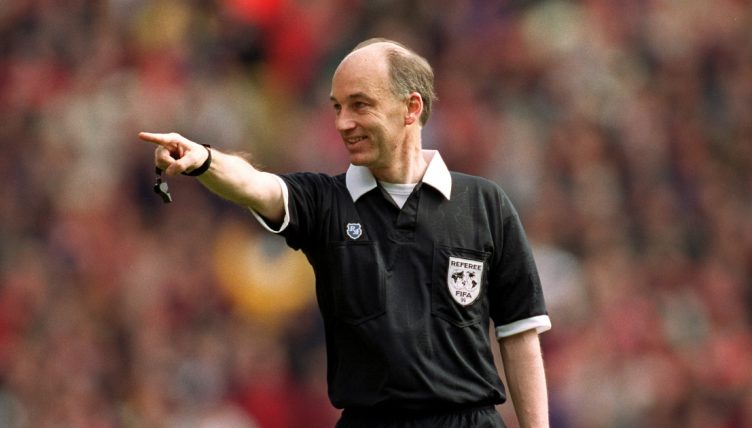 In March 2019, Australian referee Jarred Gillett wore a microphone for his final game officiating in A-League before a move to England – and we’re not afraid to admit that it made us feel quite warm and fuzzy.

Gillett and his fellow officials enjoyed some heart-warming banter throughout the occasion, while the players themselves showed endearing respect for the referee, so much so Western Sydney Wanderers captain Brendan Hamill even expressed his admiration for the 32-year-old midway through the match: “I’m happy for ya, you’re one of the best ever.”

There is also plenty of genuine insight provided, as Gillett explained the process of his decisions, at one point reviewing a decision on the pitch-side monitor even though he was already certain of the outcome “to sell it…because the players are expecting it”.

All in all, it was an entertaining and interesting experiment.

The same can be said for when David Elleray was mic’d up for Arsenal’s trip to Millwall in 1989 – but for completely opposite reasons.

Elleray agreed to do so for a Granada TV programme called Out of Order, and the producers could hardly have picked a better occasion.

At the time of the fixture, the Gunners were in the midst of their famous title race which would culminate in the iconic 2-0 victory at Anfield, secured by Michael Thomas’ “it’s up for grabs now” goal in injury time.

Arsenal held a two-point lead at the top of Division One but had played one game more than second-placed Norwich City, while Liverpool were back in fourth place with three games in hand.

Throw in the fact that it’s, y’know, Millwall, and tensions were high.

Both clubs were aware Elleray – known for his scholarly approach to refereeing as a former headmaster at Harrow – would be wearing a microphone. Curiously, only Millwall decided to inform their players what was going on.

“All of the Arsenal team didn’t know he was mic’d up,” Thomas later told the Sky Sports documentary Football Years, “so we were just obviously effing and blinding at him.”

Indeed, most of the footage is accompanied by a myriad of bleeps, punctuated by clips of Elleray telling off a number of Arsenal players like they’re his misbehaving pupils.

At one point he prods his finger towards a bemused-looking David O’Leary to demand: “You do not speak to my linesman like that otherwise you go in the book. You accept the decision and clear off. Alright?”

Shortly afterwards he calmly asks David Rocastle, who’s angrily demanding an explanation for a “f*cking sh*t” decision, for his name to put in the book, all while Lee Dixon is nonchalantly told to “go away” with a wave. 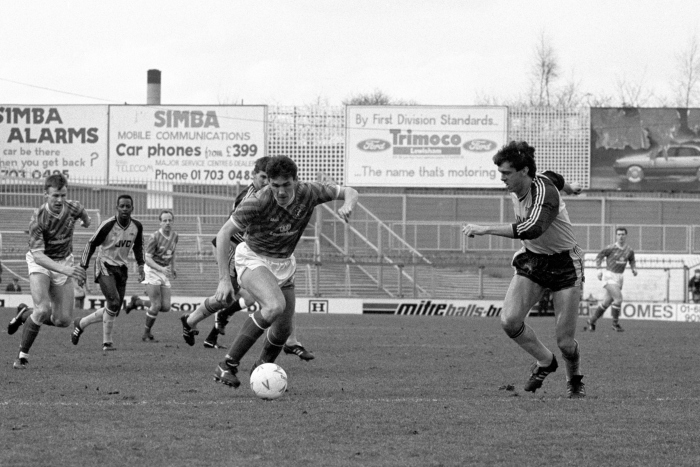 But the major flashpoint came when Tony Adams thought he had forced the ball over the line during a goalmouth scramble, leading to angry protests from a number of Arsenal players and Adams’ hilariously squeaky squeal: “IT’S OVER THE LIIIIINNNE. IT’S OVER THE LIIIIINE.”

On the way back to his defensive position, Adams breaks one of football’s weird taboos – akin to players who would inexplicably prefer to have their legs broken rather than being spat on.

He could call Elleray anything under the sun, but he chooses the worst possible insult to a match official. He calls Elleray a “f*cking cheat”.

“You must never call referees a cheat,” Arsenal boss George Graham later said. “You can call them other things, but you musn’t call them a cheat. That’s probably when they really get upset.”

The centre-back moodily trudges over and is on his haunches. Knowing he’s in trouble, he can’t look at the grown-up in the eye.

“Stand up,” Elleray orders, and Adams obliges, towering over the referee physically but metaphorically looking like a toddler.

“Once we’ve given a decision we’re not going to change it, and I’m not going to have you calling me a cheat. Alright?”

“Okay, you’re frustrated,” Elleray replies, seamlessly switching to the teacher who tries to be the bad lad’s mate to make sure he fulfills his potential. “But there’s a variation in what language you use, and ‘cheat’ is not one of them.”

With that, he’s off. It’s probably for the best Arsenal went on to win 2-1 at The Den – a result which would ultimately help them claim the title on goal difference.

There’s almost a wonderful postscript as George Graham goes to confront Elleray while the referee is sipping a cup of tea in his office after the match, only for the manager to realise the cameras, and microphones, are still rolling and decide better against it.

In truth, the reality of refereeing a top-flight game is probably somewhere in between the experiences portrayed in the clips of Elleray and Gillett. A match between Melbourne Victory and Brisbane Roar is hardly a fixture of high stakes, while Elleray insists the famous clips from Arsenal’s trip to Millwall were an unfair representation of what actually occurred.

“It was a shame the programme was corrupted,” he told the BBC in 2013. “The original show looked at violence towards referees, particularly on local parks. They filmed me officiating the top game of the day as well as a local referee to see how we were both treated.

“I saw a preview which was very balanced, but it was then hijacked to become a witch-hunt of Arsenal. Bleeps were put in to give the impression that players were swearing when they hadn’t.

“They only showed the occasions when there was some sort of dispute between the players and me. They edited out all the good exchanges and gave the impression that Arsenal had behaved appallingly.

“They destroyed the opportunity for people to have a really good behind the scenes look at refereeing. A balanced documentary would have given them greater access to referees wearing microphones in the future, which hasn’t happened since.

“And it probably won’t for a long time.”