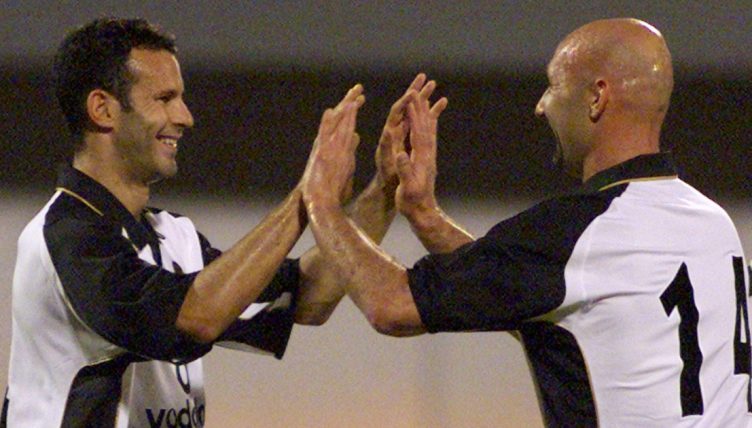 Long before Manuel Neuer was standing on the halfway line and Ederson was making long-range passes, it was Fabien Barthez who wanted to revolutionise goalkeeping.

Most goalkeepers these days seem to fancy themselves as outfielders – and what’s more, they’re so comfortable in possession they could probably manage it.

But Barthez was less common in backing his skills outside of the net back in his day, and in 2001 he actually got the chance to remove his gloves and show what he was capable of in a pre-season friendly for Manchester United.

Barthez had arrived at Old Trafford a year before as one of the world’s best goalkeepers, at a time when Sir Alex Ferguson was still searching for the right man to replace Peter Schmeichel.

And Barthez possessed not just great shot-stopping ability but also some fancy footwork and a brilliant passing range. Which he was always keen to tell people about.

“Calling me a goalkeeper is not enough because I do like to be involved in the game as much as possible,” he said. “I’m a player.”

Barthez was so confident with the ball at his feet, in fact, that he regularly attempted stepovers, nutmegs and dribbles to taunt the opposition.

“Other goalkeepers would play safety first,” Ferguson said. “Fabien had a wee bit more. He liked the excitement of taking care of the ball.

“I remember he kept telling me he was a better outfield player. He could play sometimes in Friday morning games before the Saturday game, in small-sided games. He had good feet.”

During United’s pre-season tour of the Far East in 2001, Barthez finally got his wish and was given a chance further upfield in a friendly against Team Singapore.

The 44,000 fans in attendance had waited eagerly to see United’s new striker, Ruud Van Nistelrooy, but they would also be introduced to another forward.

It was 7-1 to United at the time, with only 10 minutes remaining, but it was nevertheless quite the sight to see Van Nistelrooy replaced by Barthez, standing on the touchline wearing the new away kit with David Beckham’s No.7 on the back.

Barthez was made to swap shirts and instead wore the No.14 before arriving on the pitch to a standing ovation and taking his place on the left wing like a bald Johan Cruyff.

In his brief cameo he made an instant impression, bringing the ball down with his first touch before nutmegging the defender.

🔴🧤 #OnThisDay in 2001: French goalkeeper Fabien Barthez came off the bench for Man Utd while they were winning 7-1, to fill in as a winger…

Despite some impressive touches, he sadly failed to make as much of an impact as he undoubtedly would have dreamed and watched on as Ryan Giggs added an eighth goal.

“While the selection of Manchester United’s strikers remains rather difficult for Sir Alex Ferguson, Fabien Barthez is unlikely to figure in his thinking,” noted The Daily Telegraph’s match report.

“In the 10 minutes where he brought a delighted 44,000 crowd to its feet, he succeeded only in proving that he is still better with his hands.”

Indeed, Barthez couldn’t keep Van Nistelrooy out of the side, and that was the first and last time he ever played outfield for Manchester United. 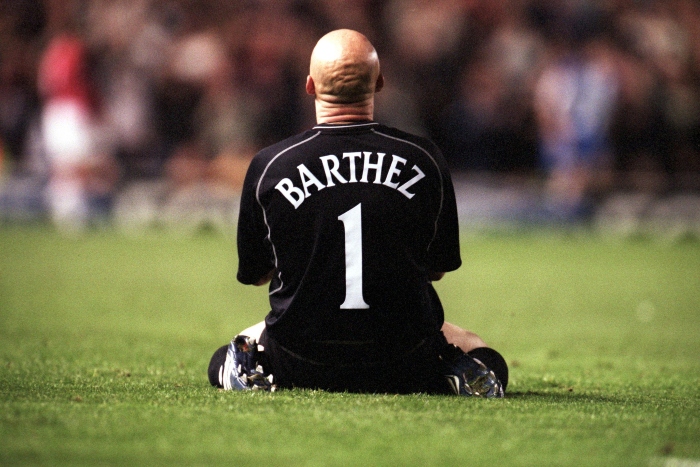 Ferguson was just relieved the goalkeeper didn’t take his chance up front.

“He’s been pestering me for ages to let him do that. I just thank God he did not score because we never would have got him back in goal.

“He’s very capable with the ball, no doubt about that. It was just a bit of fun for Fabien to give him that game because he has been going on about playing out.”

Barthez left Old Trafford and returned to France in 2004 after he became too unpredictable and prone to moments of madness.

Maybe he would have done a better job up front after all.