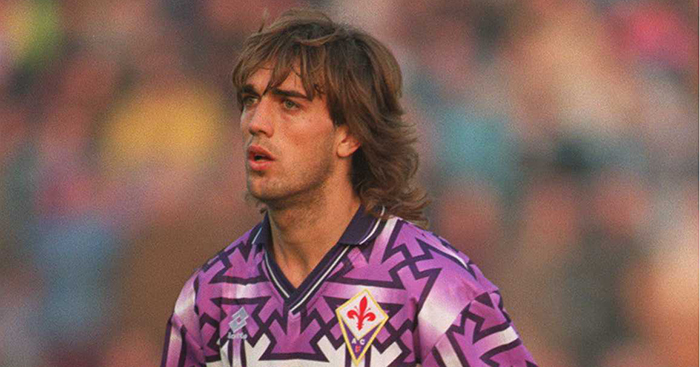 Ipswich Town started the 1994-95 campaign linked with a big-money move for Gabriel Batistuta. They ended it relegated after signing one of the worst South Americans in Premier League history.

John Lyall worked wonders as manager of Ipswich Town, but by 1994 it was starting to unravel.

The Tractor Boys had defied the odds over the course of the first two seasons of the Premier League, thanks to a squad blending experienced club legends like John Wark and Mick Stockwell alongside young talents like Jason Dozzell and Chris Kiwomya.

The 1992-93 campaign saw them climb as high as fourth by late January before a slump in form resulted in a respectable 16th-place finish. Though the season after followed a similar pattern, the cracks had begun to appear.

Half an hour from relegation

By the start of the 1993-94 campaign, Lyall had moved upstairs to become director of football with Mick McGiven installed as first-team manager. The transition had not gone well.

Despite another positive start to the campaign, Ipswich took just three points from the final 33 available, avoiding relegation by the skin of their teeth on the final day.

With half an hour of the season to go, Ipswich were going down, drawing 0-0 with Blackburn while relegation rivals Sheffield United were 2-1 up against Chelsea at Stamford Bridge. Two late goals from Mark Stein turned the game in Chelsea’s favour, but Ipswich had got lucky.

It wasn’t difficult to see where the problems lay. Ipswich ended the 1993-94 season with 35 league goals in 42 games – the lowest tally in the entire division. They needed goals.

McGiven stepped down as manager that summer, with Lyall reverting back to the role of manager and setting his sights on finding a goalscorer.

Alongside assistant Charlie Woods, Lyall headed to South American that September to scout potential targets. Tony Cottee had already rejected the chance to reunite with his old West Ham boss but reports from their trip away suggested Ipswich were in the process of recruiting a “big name”.

It was the Ipswich Evening Star who let the cat out of the bag, revealing the identity of the reported transfer target with the now legendary headline: “IT’S BATISTUTA!”.

Their report claimed Ipswich were in advanced negotiations to bring the Argentine World Cup hero to Portman Road, and had even paid his club Fiorentina a deposit of £250,000.

Batistuta was already well on his way to establishing his legend in Serie A by then.

Signed by Fiorentina from Boca Juniors in 1991 after catching the eye at that summer’s Copa America, Batigol scored 13 times in his debut season in Serie A.

Though the Viola were relegated a year later, the Argentine remained in Florence, firing the club back to Serie A at the first time of asking with 16 league goals over the 1993-94 campaign.

His stock couldn’t have been much higher by the time of Ipswich’s reported interest following a summer in which Batistuta scored four times for Argentina at the 1994 World Cup.

Yet, if a report from The Independent’s Trevor Haylett was to be believed, Batigol was dissatisfied with life in Florence.

“Batistuta is thought to be unhappy at Fiorentina,” Haylett’s report read.

“A pre-contract agreement is said to exist between the Italians and Ipswich in advance of a £2.9million transfer, which would be a record for the Suffolk club.”

The veracity of these claims remains a source of debate and scepticism among fans.

Some pointed to the fact Haylett is a Norwich supporter as proof the report was little more than a cruel gag at Ipswich’s expense. The idea of Batistuta leaving Fiorentina at this particular juncture didn’t seem to fit either.

A year earlier, when the club was down in Serie B perhaps, but Viola were back in the big time now. It just didn’t make sense.

Others were more open-minded to the idea that perhaps Batistuta’s World Cup exploits may have opened his eyes to lucrative new possibilities – including a move to the newly-monied Premier League.

In this sense, a move to Ipswich offered the ideal chance to test the waters of the English top-flight in a less pressurised setting.

“I never enjoyed being the star-man because as soon as you become the focal point of the team, you assume an extra burden of responsibility,” the Argentine once reflected.

“I received many offers namely from Real Madrid, Manchester United and Milan, but I preferred the tranquillity of playing for Fiorentina.”

There was an alternative theory, of course, that involved Batistuta using Ipswich’s reported interest to leverage an improved contract with Fiorentina.

As fanciful as the idea of swapping Florence for Ipswich may have seemed, the reality most don’t know either way with Batistuta never mentioning the rumours in any interview and most reporters uninclined to ask.

In any case, the deal failed to materialise and when Lyall returned from South America, he brought with him what he believed was the next best thing.

On first impressions, Adrian Paz’s dark, flowing hairstyle and prominent features gave him the air of a young Ivan Zamorano. Unfortunately, that was where the similarities ended.

Signed for £1million from Estudiantes, the rumour was that Lyall and his coaches had never actually watched Paz play before signing the player, instead going off the strength of a videotape of the striker in action.

Though he would go on to make history as the first Uruguayan to play in the Premier League, it soon became apparent that the player on the VHS was a far cry from the one on the pitch.

Paz was a noticeably lightweight presence on the pitch who struggled to adapt to the cold weather and overly physical approach of the Premier League at the time. 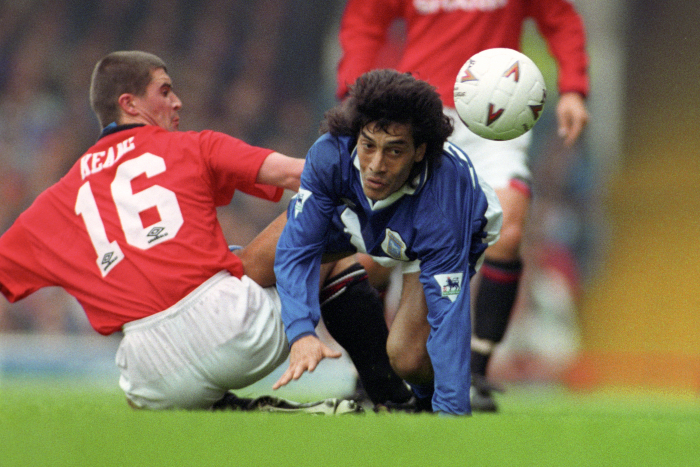 Though he made his debut in a surprise 3-2 victory over Manchester United, it took the Uruguayan seven games to get off the mark in the Premier League.

Even then it was a consolation that came as part of a 3-1 home defeat by Liverpool in late October. Ipswich fans didn’t know it at the time, but that would be as good as it got for Paz.

An increasingly peripheral figure at the club as the season progressed, the turn of the year brought with it one final chance for Paz to resurrect his Ipswich career in a FA Cup tie against Wrexham. But it was one he would fail to take.

Trailing 2-1, Paz contrived to fire a point-blank header straight at the goalkeeper from a position where it was almost harder not to score.

By then a rotten run of results had seen Lyall resign with his replacement George Burley preferring to play cut-price additions Alex Mathie and Lee Chapman in place of the misfiring South American.

Ipswich were already in terminal decline by then with an infamous 9-0 loss at the hands of Manchester United kicking off a miserable final few months at the club that ended in relegation with seven games to spare.

While Ipswich’s ageing stars were edging closer to retirement and their young stars began plotting moves away, Paz was preparing to move on himself. He left for Shanghai Pudong in China having scored just one goal in 18 Premier League appearances.

Paz went on to enjoy a more successful stint in the MLS and was last spotted running a soccer school in the US.

Batistuta went on to bigger things too. Signing the Argentine might not have saved Ipswich’s season or fixed their leaky defence but his goals would have helped. There would have been lots of them, for starters.

While Ipswich and Paz fired blanks that season, Batigol was busy breaking Ezio Pascutti’s 32-year-old record by scoring in each of the first 11 matches of the Serie A season.

Striking up a dynamic partnership with new signing Rui Costa, Batistuta ended the season as Serie A’s Capocannoniere with 26 goals going on to forge a career as one of Serie A’s greatest goalscorers.

He eventually became a Scudetto winner too, with AS Roma in 2001 – the same season Ipswich finally won promotion back to the Premier League after years spent languishing in the second tier.

Had Ipswich suffered relegation with Batistuta in their ranks, would the Argentine have stayed to fire them back up at the first time of asking? Given that such a campaign would have involved trips to Millwall, Port Vale and Grimsby, the answer is probably no.

But there was one silver lining to the whole Batistuta/Paz saga. As part of the deal that saw the Uruguayan head to Portman Road, the club also acquired a promising Argentine full-back for a bargain £175,000.

Lyall may not have got much right in his final few months at Ipswich, but the signing of future club hero Mauricio Taricco proved a masterstroke and almost – almost – made the whole fiasco worth it.