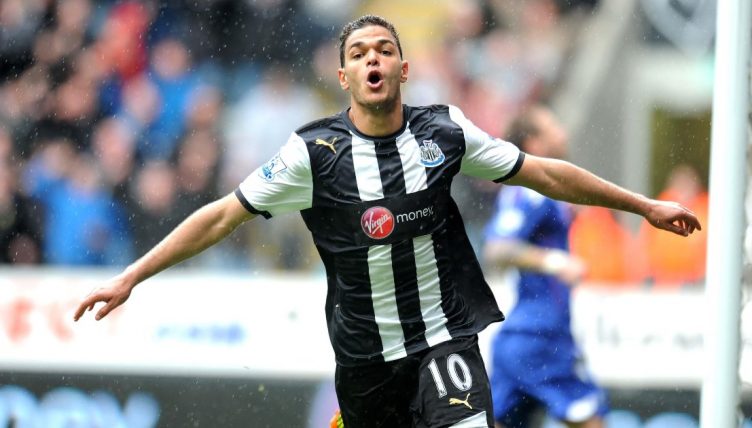 While Newcastle United fans had to endure a lot during the Mike Ashley era, they also got to see Hatem Ben Arfa score pretty much the exact same wonderful goal twice in the space of three months.

Back in April 2018, Hatem Ben Arfa posted a cheery photo to his Instagram feed. Dressed in Adidas t-shirt and joggers and with two thumbs up, the French winger sat behind a cake decorated with a single candle.

The special occasion? It had been exactly one year since his last appearance for Paris Saint-Germain.

It was an ironic cake.

This has been the story of Ben Arfa’s career: extraordinary highs followed by prolonged lows (sometimes with cake), the player unable to maintain a long-term relationship with his various clubs and managers.

Wondergoals and adoration at Newcastle were followed by a loan at Hull City where the Frenchman went AWOL. After that, a career-best season at Nice was followed by exile and confusion at PSG.

What happens next is anyone’s guess. Ben Arfa is now 34 and is back in France with Bordeaux after a short spell with Real Valladolid.

Questions over his attitude continue to cast a shadow over his ability.

But if anyone needed reminding of Ben Arfa’s talents, one need only remember a three-month period in early 2012 when the Frenchman established himself as one of the world’s greatest scorers of wondergoals.

The 2011-12 season was a bad one for Blackburn Rovers. Not content with embarrassing their fans with chicken adverts, the club also kept Steve Kean in charge for the entire season, resulting in Premier League relegation.

For 70 minutes of their FA Cup third-round tie against Newcastle, however, the Lancashire club looked like progressing.

A scrappy David Goodwillie goal had given Rovers the lead after 35 minutes, and a weakened Newcastle (spearheaded by Leon Best) had no reply.

Ben Arfa changed all that.

Picking up the ball 10 yards inside the Blackburn half, the Frenchman beat four players — finishing with the total destruction of left-back Martin Olsson — before thumping the ball left-footed above goalkeeper Mark Bunn.

It was a memorable goal, and Jonas Gutierrez, who would score Newcastle’s winner in the dying seconds, paid it the highest possible compliment: “The goal reminded me of Diego Maradona’s against England in 1986.

“What we keep saying to Hatem is, when he gets the ball in the last quarter of the pitch, to take on players because he has the skill and he’s so quick.

“In the middle of the pitch we tell him just to keep it simple, not to do anything flashy and pass. Be safe. He must do his fancy work in the final third.”

Newcastle would progress no further in the FA Cup that season, but 2011-12 would be the club’s most successful league campaign since the departure of Sir Bobby Robson as Alan Pardew’s band of French-speaking players led the Toon to fifth.

Although the wildly effective partnership of Demba Ba and Papiss Cisse stole the headlines, Ben Arfa did his bit for the cause, too.

On April 9, in a home match against Bolton, the tricky midfielder scored another wondergoal, again around the 70-minute mark.

This time, however, the Frenchman would flatly defy the advice of Gutierrez, starting his run not in the final third, but well inside his own half.

Had Bolton’s Sam Ricketts possessed fractionally longer legs, Ben Arfa’s flick on the edge of the centre circle might have been disastrous.

Luckily for Newcastle, the defender’s legs were no longer than they actually are, and Ben Arfa proceeded to score a ludicrous goal, running straight as an arrow through the middle of the pitch, past Mark Davies, past a stationary David Wheater, past Tim Ream, and slotting the ball past Adam Bogdan.

The goal contained shades of Ronaldo at Barcelona. Or, indeed, of bashing the Triangle button on an early version of FIFA, speeding straight through defenders in lieu of tricks, shimmies or use of a third axis.

After the match, boss Pardew talked up his talented midfielder.

“You don’t see many goals like that and I’ve been lucky enough to see two of them this year — both from the same player,” he said. “It was a truly special goal.”

The goal received Match of the Day’s Goal of the Month award for April, and might have been Goal of the Season were it not for Ben Arfa’s team-mate Papiss Cissé.

There’s a touch of the bittersweet to those legendary Ben Arfa goals, their quality at odds with a career that has become more Ibrahim Ba than Thierry Henry.

Ultimately, however, it was Ben Arfa’s faults as much as his qualities that produced those moments of magic.

Should the Frenchman have attempted a risky flick inside his own half at 0-0 against Bolton? Absolutely not. Did the decision result in one of Newcastle’s greatest Premier League goals? Absolutely yes.

Unfortunately, it seems few clubs today are interested in that kind of risk-taking, or in forking out wages for Ben Arfa’s laissez-faire attitude off the pitch.

A lack of interest on Ben Arfa’s part isn’t helping either.

In 2017, the player hinted he was growing tired of the game and its focus on defensive play.

“There is no more spectacle, to the point that football interests me much less,” he said. “I do not find pleasure watching matches. Even in Ligue 1, we kill football.”

For the sake of brilliant goals, let’s hope Ben Arfa rediscovers his love of the game at Lille for one last glorious hurrah.