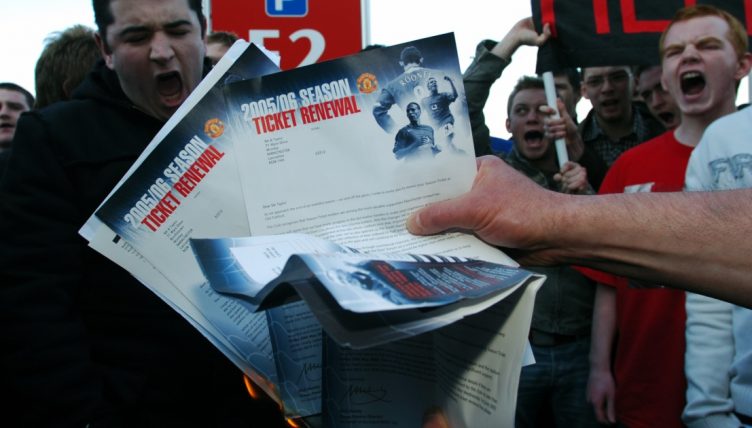 Since invading the consciousness of Manchester United fans in the early 2000s, no single family has brought more anger to the streets of the North West’s largest city than the Glazers.

The history of the Americans’ ownership of the Red Devils is littered with mass marches, sponsorship boycotts, the burning of season tickets and effigies, and even the formation of a protest club – FC United of Manchester.

A debt of £761million followed them into the club like a bad odour, with the majority of the £800million used to complete their 2005 purchase raised through loans taken out against the club’s assets. This marked the first time the club had found itself in debt since 1931.

Five years into the Glazers’ reign, one group of wealthy fans called the Red Knights decided that enough was enough.

Were it not for a racehorse dispute, the Glazers might never have risen to become sole owners of the club. Seriously.

In 2003, a dispute between Sir Alex Ferguson and shareholders John Magnier and J. P. McManus over the ownership of the racehorse Rock of Gibraltar led to the Irishmen attempting to have the manager removed from his role. The attempt failed, obviously.

As retaliation, the United board sought out fresh investment in a bid to reduce the pair’s influence on the day-to-day running of the club.

Avram Glazer, son of Malcolm, informed his dad of the club’s search for new investors. Having seen their NFL franchise, the Tampa Bay Buccanneers, lift their first Superbowl two months earlier, a 2.9% stake was purchased for £9million.

ROCK OF GIBRALTAR, led in by 'owner' Sir Alex Ferguson following the colts defeat of stable-mate, and favourite, Hawk Wing in the 2000 Guineas.
Bitterness was to follow with a dispute over breeding rights for the horse between Ferguson and Coolmore boss, John Magnier. pic.twitter.com/bSIVGakqYw

As United lifted the Premier League for the eighth time, the Glazers were already plotting their next moves.

It was here they made their first offer for the club, one that was rebuffed by the board owing to the excessive borrowing their bid entailed.

Shareholders United, set up in response to an attempted takeover by Rupert Murdoch six years earlier, arranged protests before clashes with Arsenal and AC Milan. Stickers and banners emblazoned with the slogan “Love United, Hate Glazer” started to fly up around the city.

But the businessman bided his time, continuing to pick off shares through his holding company, Red Football, as and when he could. In 2005, he bought out the 28.7% of shares owned by Magnier and McManus, giving him a controlling stake.

As Chelsea held their first Premier League title aloft in May, Malcolm Glazer owned over 75% of the Red Devils. By the end of June, that figure stood at 98%, prompting a mandatory buyout of the remaining shares. The final cost of the takeover stood at £790million.

The cost was split between the family and loans against the club’s assets, plunging them into debt for the first time in 74 years. 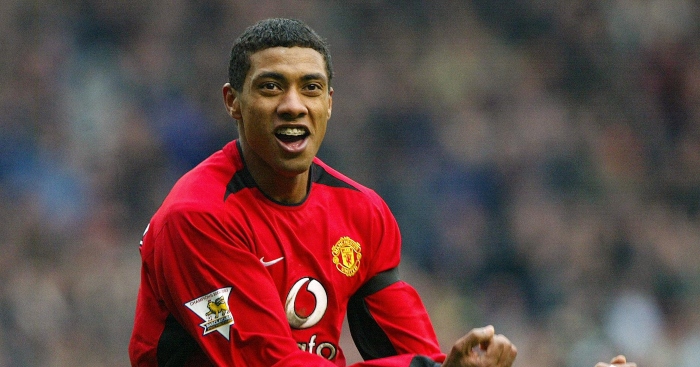 READ: Man Utd’s last 11 signings before the Glazer takeover – and how they fared

Rise of the Red Knights

After the takeover was completed a certain resignation set in among the fans, but that anger continued to bubble away.

It came to a head in 2010 when the club announced that they would be refinancing all of the debts brought onto them by the Glazers in the form of bonds, triggering the famous protests that saw large sections of matchday crowds swapping their red shirts for the green and gold colours of Newton Heath, the club from which United was born.

A week later a group of fans went even further. Shareholders United, now known simply as the Manchester United Supporters Trust, met with a group of wealthy fans and Seymour Price stockbroker Keith Harris to discuss an attempted takeover bid. They called themselves the Red Knights.

Harris had recently been involved in takeovers of West Ham, Manchester City and Aston Villa. He told the BBC shortly after the consortium formed: “What you don’t know is if the Glazers can be made to listen.

“But what you do know is that there is a serious intent on the part of those people, who have not just support in their hearts but the ability to muster support from their pockets to get after this, and the time feels right.”

Controversially joining them was Jim O’Neil. The chief economist worked for one of the companies that stood to benefit most from the club’s new bond issues, Goldman Sachs, but felt something had to change.

“There’s too much leverage going on with Manchester United. It’s not a good thing,” he said.

They joined Richard Hytner, president of the Supporters Trust and the deputy chairman of Saatchi & Saatchi Worldwide; Mark Rawlinson, a partner at law firm Freshfields Bruckhaus Deringer, who also played a key advisory role in fighting off the Glazers in 2005; and Paul Marshall, co-founder and chairman of Marshall Wace, one of Europe’s largest hedge funds.

Meetings were arranged to discuss how they would formulate a bid. Plans to increase membership of the Supporters Trust to 100,000 were also implemented as a way of showing how much fan support was behind them, and the same strategy firm enlisted by Barack Obama in his 2008 Presidential election bid was also brought on board.

If there were concerns that they would not be taken seriously by the club, they were quickly extinguished by a convenient statement that same day from United announcing that club debt had been reduced by £30million and that Manchester United was not for sale.

Chief Executive David Gill also released a statement, insisting that the Glazers were running the club “the right way”.

At the time, it was reported that the Red Knight’s plan involved retaining the bond system currently in place and paying between £700million and £1billion for the club. Two-thirds of that money would come from the Red Knights and 30 to 40 other super-rich fans, while the rest would be raised from “ordinary” fans, with shares then offered to those that invested once the club was secured.

Where did it all go wrong?

As pressure to launch a bid grew, more and more advice was sought.

Reports from the BBC at the time pointed out that the Red Knights had in fact grossly undervalued how much would need to be paid, with estimates for a takeover reaching as high as £2bn, of which £1.6billion would be needed to match the Glazers’ valuation of the club.

Still, they continued to plot, reporting at one point that popularity among fans for the bid was rapidly rising, with many of them apparently willing to invest as well.

By June, however, the bid was shelved completely. Amid claims from Rothschild, the Glazers’ bank, that the consortium was “wasting their own time” and media speculation over the cost of the club, the Red Knights retreated.

“As we have maintained since news of our ambitions first emerged in March, we will only attempt to purchase the club at a sensible price, consistent with the long term interests of the club,” they said in a statement in June 2010.

“Persistent speculation in the media of inflated valuation aspirations has made our goals less attainable, as potential investors have strongly reinforced our views that we should not move forward at a price uneconomic for the future of the club.”

Graeme Souness "United fans weren't protesting against The Glazers when they were winning"#GlazersOut protest in 2010. pic.twitter.com/X8GMLb2E4Q

While protests continued in various forms after the news broke, it slowly became apparent that the Red Knights would not be returning atop their horses made of money to save the day.

The Glazers remained in place and continued to cause controversy. In 2012, they floated stocks on the New York Stock Exchange. Although it was touted as a way for the club to clear its debts, a large portion of the money was actually going straight into the owners’ pockets.

In 2015, Jim O’Neill finally broke the silence surrounding the end of the Red Knights, revealing that a clash of egos among those willing to contribute hampered the bid significantly

“It was a very difficult thing to pull off,” O’Neill told BBC North West Tonight.

“It was difficult to find enough and of course, along with people with wealth – maybe it’s true of life in general – there’s a lot of ego that goes with it and it was very difficult.

“We couldn’t get enough people to support the exact philanthropic principle behind the concept of what I wanted to do.

“If we wanted to explore it in a more commercial way then a deal could have been done.”

Thus, the Glazers remain in charge. Malcolm Glazer, the instigator of their reign at Old Trafford, died in May 2014 at the age of 85 but his sons Avram and Joel remain in place as co-chairmen.

Fresh protests and fan action followed the shambles that is the European Super League and the way in which United acted as a driving force for it – impassioned fan protests even resulted in the postponement of the Premier League fixture against Liverpool in May 2021.

The fury of fans across the country was arguably more vociferous than any protest against the Glazers in the past and there is clear renewed hope that change can be brought about.

The Red Knights have written an open letter to Avram Glazer encouraging the Glazers to reduce their stake from 75% to 49.9% & to allow fan involvement for Manchester United moving forward! #GlazersOut #mufc pic.twitter.com/z0c7b5bZAv

Things have cooled somewhat over the course of the 2021-22 season, although the green and gold movement has continued to be strong and vocal opposition to the Glazers’ ownership – which has resulted in United’s worst-ever Premier League campaign.

There is added hope this time as well. Ed Woodward has moved on and a government’s Fan-Led Review of Football Governance could finally lead to much-needed structural change.

A new group of Red Knights may ride again soon.

This article was originally published in April 2021 and has since been amended to reflect developments since.