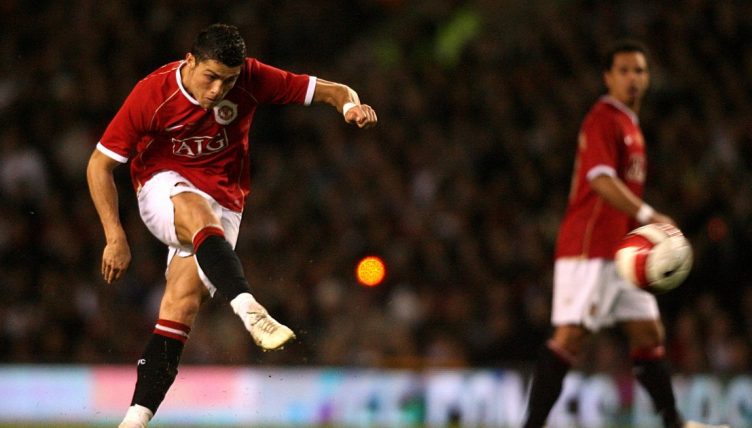 All-star games mainly take place in American sports – but Manchester United helped apply the concept to football by playing a European Xl in 2007.

That year marked 50 years of United playing in a European competition as well as the 50th anniversary of the Treaty of Rome.

The European Union and UEFA came to the logical conclusion that a football match in mid-March would be the best way to commemorate the two landmarks.

United were pitted against a selection of some of the continent’s finest players, with the money raised going to charity.

David Beckham was set to be the star attraction but had to withdraw from the squad due to injury and watched the game from the stands instead.

At one stage it looked like they might have to select fans from the crowd, but Marcello Lippi’s side managed to find replacements in time and over 74,000 tickets were sold.

You wouldn’t have blamed United for treating the game like a glorified friendly as they were still competing for the Premier League, Champions League and FA Cup.

The game was played three days after they drew 2-2 with Middlesbrough in the FA Cup, and three days later they would have to play Bolton in the league.

But Sir Alex Ferguson still decided to field his strongest available team, and they had the crowd off their feet after just six minutes.

Paul Scholes’ pass unlocked the defence and Santiago Canizares was clearly in a charitable mood as he rushed out of the penalty area and allowed Rooney to score the easiest goal of his career.

United doubled their lead three minutes later and were starting to make the European Xl look like amateurs.

The Welshman then delivered a low cross across the box and defender Wes Brown reacted quickest to poke the ball home.

It’s almost as if the European Xl had been thrown together without any proper training sessions.

The European Xl eventually reminded everyone of their talents and got themselves back in the game.

Florent Malouda pulled a goal back in the 23rd minute, firing a powerful long-range strike past Tomasz Kuszczak’s outstretched hand.

The winger had become one of the most sought-after players in Europe and joined Chelsea for £13million at the end of the 2006-07 season, scoring against United on his Blues debut.

Cristiano Ronaldo was in his element throughout the first-half, delighting the crowd by going through his repertoire of tricks and skills.

However, the forwards’ best moment of the game came in the 35th minute when his free-kick from 30 yards flew over the wall and into the top corner.

The strike left Canizares rooted to the spot and it was also a sign of what was to come as that free-kick against Portsmouth followed a few months later.

To rub salt into the wounds of their opponents, United added a fourth goal just before half time as they ran riot.

Ronaldo picked up the ball just inside his own half before shrugging off a defender and passing to Park Ji-sung, who crossed for Rooney to score.

Half-time saw both teams make a number of changes as they looked to avoid picking up any needless injuries.

Liverpool stars Steven Gerrard, Jamie Carragher and Bolo Zenden all came off the bench for Europe, alongside Kim Kallstrom. Yes that Kim Kallstrom.

The end result may have been meaningless, but the visitors still wanted to restore some dignity and they got themselves back in the game.

A fine passing move resulted in El-Hadji Diouf heading past Heaton from close range just seven minutes after the restart.

Despite having best mate Gerrard and Robbie Fowler on the pitch, Diouf stepped up to take a penalty after Gabriel Heinze had handled in the area.

The former Liverpool striker scored with a cheeky panenka, but it wasn’t enough to complete the comeback and United won 4-3.

A few weeks after celebrating the Treaty of Rome, United welcomed Roma to Old Trafford, but that was as far as the niceties stretched.

The Red Devils completed a 7-1 rout over the Italians, which probably made the European Xl feel a bit better about their performance.