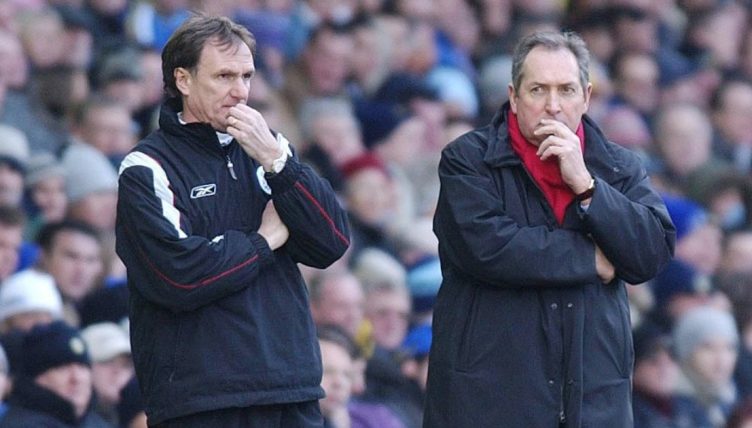 When it comes to football transfer rumours, repetition is a powerful thing. What may be viewed as spurious to begin with can soon be seen as credible as it is reported in more than one place – and when it is repeated enough, it can become canon.

And in November 1999, that’s exactly what happened when a rumour started on an Arsenal messageboard made it into the national press and soon had Liverpool fans believing they were set to sign Monaco left-back Didier Baptiste.

There was only one problem. Not that the rumour did not come true – that happens plenty – but that the player in question, a France Under-21 international apparently, did not actually exist.

Or at least not in real life. You see, Didier Baptiste was indeed a French left-back at Monaco… on Sky One’s fictional drama series Dream Team.

Yet, astonishingly, unbefuckinglievably, the News of the World, The Times and The Observer had all reported that Liverpool, the real-life Liverpool, were about to sign him. There’s bullshit and then there’s this.

The question is, how on earth did it happen? How did this get all the way from a fan forum to the best-selling Sunday newspaper in the country? How did it get into the broadsheets? How did it get Liverpool fans paying 60p a minute to be told this absolute bollocks down the phone by ClubCall?

Well, the fact that premium-rate phone lines for transfer news were even a thing helps explain the whole hilarious affair.

Hands up if you were ever daft enough to call up 🙋🏻‍♂️ pic.twitter.com/MhNCyiXvxE

The internet was around, sure, but Wikipedia didn’t launch until 2001, and YouTube did not arrive for another four years after that. To really put it into perspective, skysports.com at that time was selling pilot’s watches and aviation tools. Seriously.

Sky Sports as we know it was on a completely different URL – this one. Yep, planetfootball.com was the precursor to skysports.com.

But we digress. The point is that the internet was a very different place back then. So when this rumour began to spread through Fleet Street that Baptiste was heading to Liverpool, there was no point doing a quick Google (actually, it was probably AOL, Yahoo or Ask Jeeves back then) to check he, yer know, actually existed.

You would hope someone might have thought to corroborate the story somewhere along the line, like, but transfer bullshit was on a whole different level back then. And we were calling premium-rate phone lines to hear it.

Origins of the rumour

Sadly, we can’t find the original thread on the Arsenal messageboard that started the Baptiste to Liverpool rumour.

But in Dream Team, Baptiste was in talks with Harchester United, the team which the series was focused on, but the left-back had informed the club there was also interest “from a big club managed by a Frenchman”. Asked if that was Liverpool, managed by Gerard Houllier, or Arsenal, managed by Arsene Wenger, he gave a knowing smile.

Presumably, someone on the Arsenal forum jokingly posted this as a real-life rumour, which got people talking and caught the eye of a journalist from the Hayters news agency, who wrote up the story for the News of the World.

Liverpool wanted to sign him for £3.5million, the NOTW exclusive read, but faced stiff competition from Arsenal. ‘We think Didier Baptiste would be an ideal addition to Liverpool’s back four,’ wrote Mike Dunn. ‘He’s a really attractive player, and you will be seeing a lot more of him in The News of the World.’

It was soon the main news on Liverpool’s ClubCall service and was repeated by The Observer, Guardian and Times. The latter even tried to claim it as their own exclusive, valuing Baptiste at £1million.

Several national papers linked Liverpool to a £3.5m move for Monaco left back Didier Baptiste in 1999.

Unfortunately for them the player was a fictional character from ‘Dream Team’ 😂⚽️ #FakeNews pic.twitter.com/JxD6iZpb0X

Of course, it soon became apparent they’d all been duped. “We were as amazed as anyone to see this story in the papers,” said a spokesman for Dream Team. “We can only assume someone saw the show and thought it was genuine.”

And that is the real shock here. Dream Team was brilliant. Well, brilliantly awful at least. It was trash TV but football trash TV, and we bloody loved it. Storylines included a player being shot by a sniper on the pitch after winning the FA Cup FFS. It was ace.

So, frankly, we’re outraged that apparently nobody in any of these organisations’ sports departments were watching the show to be able to point out that Baptiste didn’t actually exist.

And we were outraged again a few years ago when showing Dream Team – and other 90s football TV shows – to university students, who had literally no idea what it was. What has the world come to?!

“Oops!” was the response from The Times sports editor Keith Blackmore, while Hayters said they were “undertaking an urgent investigation into the matter”.

As for Baptiste, he ignored the interest from Houllier and Wenger to sign for Harchester, scoring five times in 44 appearances in just over a year before leaving in disgrace after attempting to fix a game at the end of the season.

With Harchester facing relegation, he purposely missed a penalty (why the left-back was allowed to take it is anyone’s guess), but the team survived anyway and Baptiste was found out.

It seems Liverpool had a lucky escape.

Eight players who did nothing at Liverpool but shone after leaving