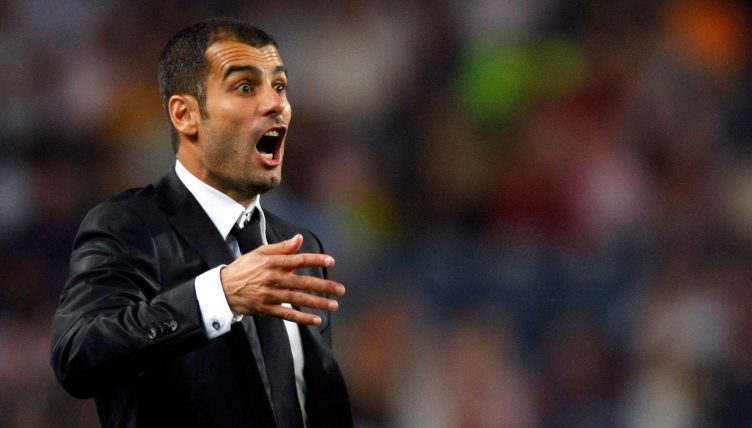 Few teams managed to get the better of Pep Guardiola’s Barcelona during his glittering reign at the Catalan club. Fewer still managed the feat in the Champions League. But, back in 2008, the little-fancied Wisla Krakow did just that.

In fact, the only other teams to get the better of Pep’s Blaugrana in UEFA competition are Chelsea, Arsenal, Inter Milan, Rubin Kazan and Shaktar Donetsk. Real Madrid, AC Milan, Bayern Munich and even Sir Alex Ferguson’s Manchester United all tried to get the better of them, but couldn’t.

So, how did Wisla do it? And not only do it, but do it in a season that the Catalans would go on to win the first treble in Spanish football history.

After a disappointing third-place finish in La Liga, Barcelona were forced to qualify for the world’s biggest club competition. A 4-0 win in the first-leg at the Camp Nou all but secured their place in the group stage at the expense of their Polish rivals. But their opposition still had plenty to fight for, not least the chance to become the first Polish side to ever beat Barcelona.

Guardiola was not about to go easy on his opponents, however. Though Lionel Messi was absent, Thierry Henry, Samuel Eto’o, Xavi, Andres Iniesta, Yaya Toure, Carles Puyol and Gerard Pique all started at the Estadio Henryk Reyman on August 26. But Maciej Skorza had personnel problems of his own, with Arek Glowacki, Radek Sobolewski and Mauro Cantoro all missing.

The first leg went exactly how you would expect a clash between two such sides to go. Henry, Eto’o and Xavi all found the net in Barcelona, securing a 4-0 victory and all-but condemning their Polish opponents to the UEFA Cup. But the White Star were not despondent. Reversing the result entirely would have been a miracle, but with the backing of a home crowd in the second leg, history was still within their grasp.

“It is our dream to turn the tide of competition,” Cantoro, Wisla’s experienced midfielder said in the build-up to the second leg. “We just want to be the first Polish team to beat Barcelona.”

But while Guardiola was flattering and complimentary of the club’s opponents, Barcelona technical director, Txiki Begiristain, was not. He was quoted in Marca saying: “Only fickle weather or Barcelona’s lack of motivation can make this match interesting.” 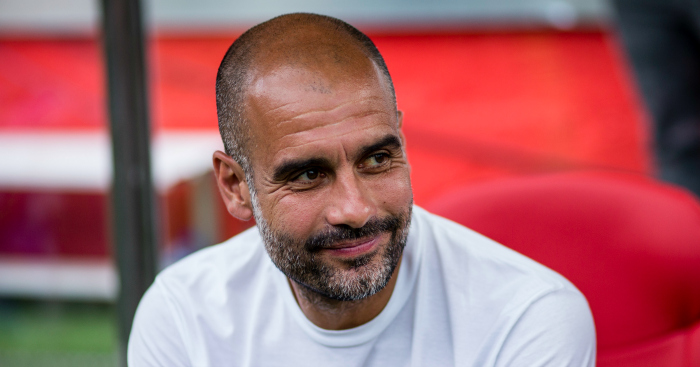 READ: The story of the Englishman and the manager tree that led to Pep Guardiola

The Spaniard must have been delighted that when Pawel Brozek kicked the game off, he did so under clear skies. The live text from the Wisla Krakow website, recorded by Historiawisly.pl, tells us that the 23 fans brought to Poland for the match by Barcelona was “100 times less than the Vistula fans in Barcelona”. One crucial victory already secured.

Unsurprisingly, the opening stages were dominated by the visitors. As he so often did, Iniesta acted as the metronome in midfield while Eto’o and Henry continued to find space. But there was an impressive energy from the White Star, something rarely seen in a dead-rubber tie.

There were moments to cheer for the boisterous home crowd too. A misplaced Pique pass that trickled straight of play was met by a slightly quieter cheer than the one reserved for the clattering of Seydou Keita by Tomas Jirsak in the opening 10 minutes.

But would this get to Pep’s men? A hint to the answer came in the 20th minute. A lofted Wisla through ball only succeeded in finding Pique. A simple pass back to Victor Valdes was needed but instead a treacherous bouncing ball came his way.

As the ‘keeper was closed down by Brozek, he slipped, only succeeding in finding Wojciech Lobodzinski. The goal was at his mercy, but he could only chip wide. The dismay from the Wisla fans behind the goal was deafening.

It perhaps should not be a surprise that the composure and immaculate first-time passing with which we have come to associate with Guardiola’s sides was not quite at its fluent best yet. Frank Rijkaard had only left the club in May, giving his replacement just three months to instill what we now know as a Guardiola style of play.

With over 30 minutes played, Barcelona boasted just a 54% share of possession. As the hosts started to tire at the end of the first period, more cracks began to show. Henry, Iniesta and Eto’o all missed great opportunities to provide a sucker punch and, at half-time, there was no doubting who the happier of the two managers was.

One player who did not have an enjoyable night at the Camp Nou a week earlier was centre-back Cleber. Alongside Junior Diaz, he had a front-row seat as Wisla’s Champions League chances evaporated in front of their eyes. But the pair were impressive throughout the first 45 minutes of the second leg. It was fitting that one of them would become the ultimate hero too.

Having matched their star-studded opponents so far, the White Star were growing in confidence. Six minutes into the second half, captain and right-back Marcin Baszczynski did an exceptional impression of both Iniesta and Dani Alves in one movement. First, he retained possession expertly, pulling and dragging the ball around the fruitless challenges of Toure, Henry and Eric Abidal before sweeping a pass across the field to Marek Zienczuk.

The left-winger missed the first leg but was not left short of confidence, hitting an awkward, spinning volley that left Valdes scrambling across his goal to concede a corner. From it came one of Wisla’s most famous goals.

As the rest of his team-mates occupied their markers in and around the six-yard box, Cleber lurked unmarked on the edge. Tomas Jirsak’s whipped, out-swinging corner sailed over the head of Xavi, over Puyol, over Pique and the Brazilian’s eyes widened.

Stooping as the ball cleared its final obstacle, Cleber powered a remarkable diving header into the top corner, which proved too much for Valdes to handle. The player’s celebrations were muted – a simple finger wag – but those in the stands were not. As Barcelona got the game back underway, the stadium announcer and the home fans continued to belt out the goalscorer’s name.

The next 40 minutes are undoubtedly still among the longest experienced in the lives of Wisla fans. The bit was well and truly between the teeth of the visitors. But despite Henry showing flashes of his brilliant buccaneering best down the left and Eto’o popping up in the right place at the right time on more than one occasion, an equaliser could not be found.

So as Henry found his way into the referee’s book in injury time, it was the home fans preparing to celebrate, despite crashing out of the Champions League. A famous chant among Wisla supporters had long referenced how: “Even the famous Barcelona cannot beat our Vistula”. Now they had the evidence to back up the claim.

For a no-doubt red-faced Txiki Begiristain, he could only hope for worse weather for the club’s next trip.

READ NEXT: Where are they now? Guardiola’s promotion-winning Barca B team