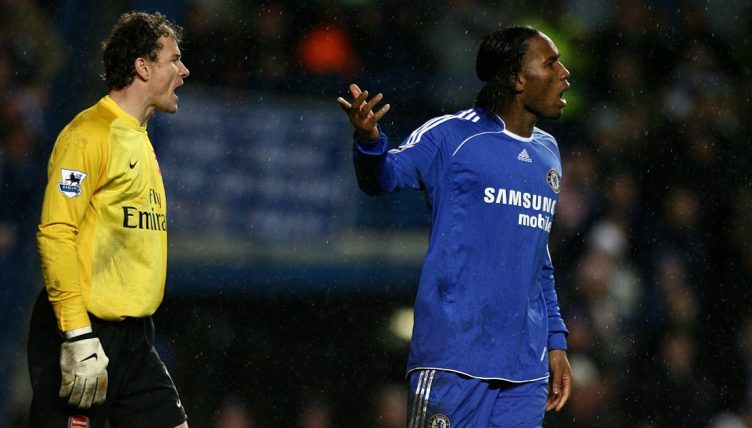 For those who somehow haven’t seen it, it’s worth digging out David Coleman’s introduction to Chile against Italy in the 1962 World Cup on YouTube – otherwise known as the ‘Battle of Santiago’.

Fronting up before introducing highlights of the game, Coleman described the match as: “The most stupid, appalling, disgusting and disgraceful exhibition of football possibly in the history of the game.”

It was all of those things. It was also extremely funny.

There are few things in life to compare with the dark comedy of watching an adult who has completely lost it. Maybe it shouldn’t be funny, but it is and it’s in our nature to rubberneck at such moments.

To deny any humour in such situations is to deny our own instincts. Luckily, football has provided countless moments over the years that can be firmly labelled under ‘guilty pleasure’ – such as the Laurel and Hardy sketch featuring Jens Lehmann and Didier Drogba 15 years ago.

By December 2006, Chelsea had won the last two Premier League titles under Jose Mourinho, crushing all before them like Godzilla trampling over a municipal car park.

Despite this, their star striker had gained a reputation for falling over a little too easily. In March of that year, when Didier Drogba appeared to admit to diving in a television interview, Mourinho had sprung to his defence, calling him “a fighter.”

“He is the type of player I would say, ‘With you I could go to every war,'” Mourinho said.

While Drogba was certainly that, his reputation for diving remained strong as Arsenal visited Stamford Bridge for an niggly Premier League match.

Mourinho and Arsene Wenger’s own personal rivalry was just coming to the boil and Ashley Cole was greeted by Arsenal supporters with personalised banknotes – a none-too-subtle reminder of his acrimonious switch across London that summer. 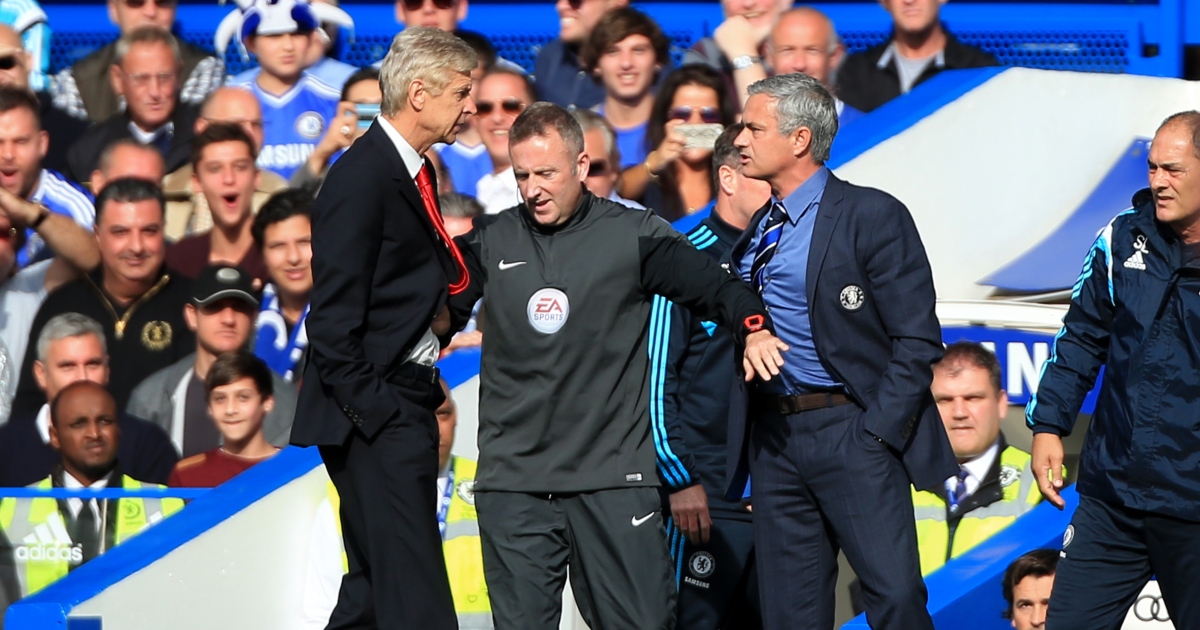 The game was goalless as the clock ticked towards the hour mark but both sides had largely dispensed with attacking football in favour of getting stuck into their rivals.

And, two weeks before Christmas, pantomime season arrived early in west London as Drogba found himself in the Arsenal penalty box.

Even at its height, Drogba’s propensity towards tumbling over contained a pantomime edge. In Arsenal goalkeeper Jens Lehmann, the Ivory Coast striker had found his comedic soulmate.

Widely regarded as one of football’s last maverick goalkeepers, Lehmann usually behaved as predictably as a wasp at a picnic.

So, with tempers already past the point of fraying, the veteran German reacted to Drogba appealing for a penalty by giving him a friendly shove away from his personal space.

That Drogba responded by breaking the world record for the fastest fall from a standing position surprised nobody.

With his alpha male pride piqued, the Chelsea man stormed up to Lehmann and, behaving as if his opponent had mortally offended his little brother in the playground, barged into the goalkeeper with scant regard for the consequences.

We don’t know if Lehmann has the structural integrity of a packet of Doritos or possesses a fantastic sense of humour, but his theatrical fall certainly combined a willingness to go down with impeccable comic timing.

As Kevin McCarra noted in The Guardian: “It would be doing them too much credit to argue that they exchanged genuine shoves.

“Perhaps Alan Wiley actually booked the pair for bringing themselves into disrepute with such simulation.”

Lehmann Vs Drogba – This is Barclays Premier leaguepic.twitter.com/rQ5Vcr9pha

After the game, a 1-1 draw that was graced by Michael Essien’s stunning ‘boomerang’ strike, Lehmann said: “Nothing happened with him [Drogba] – I like him.

“I think the handshake between us says it all. You can have passion in the game, but as long as you get on with people nicely it’s okay.

“He didn’t insult me in comparison to his team-mates – I never insult anybody – and I can’t complain about him. Some of his team-mates insulted me terribly, but Drogba never does that so I have no problem with him.”

Those waiting with bated breath to know who the mystery sledger was didn’t have to wait very long for the German ‘keeper to update them: “Lampard is a specialist in insulting people very badly, but Drogba doesn’t say a word. He is a nice guy – he doesn’t insult people so I have no problem with him.”

Football is richer for such moments. As society increasingly paints things as either black or white, Drogba and Lehmann’s improvised strop provided a reminder that life is actually one long shade of grey.

Reflecting the serious and image-obsessed times we live in, even moments of light relief can often feel stage-managed to within an inch of their lives – one look at the Twitter account of any major company is enough to confirm that.

We should celebrate times when professional footballers abandon all sense, embrace their own humanity and engage in acts of ridiculous and brilliant petulance.

Drogba and Lehmann, we salute you.