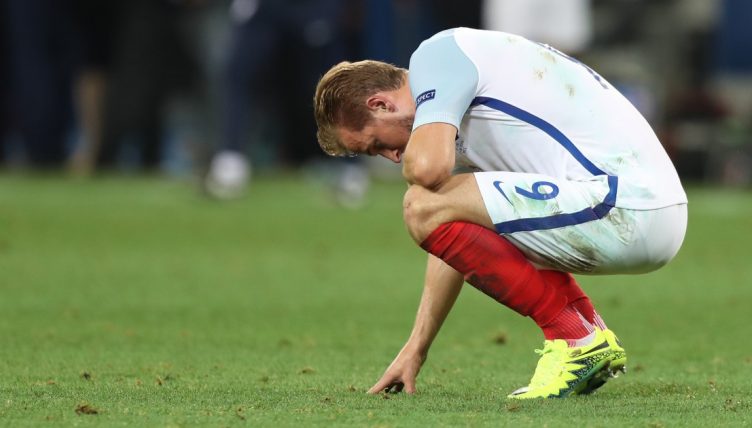 “I don’t really know what I am doing here,” began Roy Hodgson, with a statement that could have been uncharitably interpreted in a number of ways, in a terse Chantilly press conference following England‘s 2-1 defeat to Iceland at Euro 2016.

The night before, Hodgson had resigned quicker than a junior tabloid hack could browse through the ‘Lists of towns and cities in England by population’ Wikipedia page to find one comparable to Iceland – Cardiff, Coventry and Bradford, if you were wondering – following 90 humiliating minutes that brought another meaning to “a new low”.

This was an era in which expectations had been curbed after the last embers of ‘the Golden Generation’ had fizzled away, and yet the Three Lions found new and incredible ways to disappoint.

In the decade since England’s last knockout victory, a narrow 1-0 over Ecuador, they failed to even make it to Euro 2008, were played off the park by Germany’s kids, outclassed by Andrea Pirlo alone, and finished bottom of their group in Brazil. Somehow they still plumbed new depths.

To rub salt into the wound, noisy neighbours Wales were on a joyous run to the semi-finals, going on to win more European Championship knockout matches in the space of a week than England had in their entire history. Aaron Ramsey, Gareth Bale and co. were shown celebrating Iceland’s victory in a leaked video.

“I’m no longer the England manager, my time has gone but I was told it was important that I appear here,” Hodgson added, with the air of a school pupil asked to explain themselves at parents’ evening.

“I guess that is partly because people are smarting from the defeat last night that saw us leave the tournament. I suppose someone has to stand and take the slings and arrows that come with it.

“My emotions are obvious ones. I am really disappointed. I didn’t see the defeat coming. Nothing in the first three games here gave me any indication that we would play as poorly as we did.

“Unfortunately, they are one-off events. If at one of those one-off events you don’t turn up, even an opponent that is not entirely fancied like Iceland can beat you. That is what happened.”

On this day four years ago, Steve McLaren produced an iconic piece of commentary as England faced Iceland at Euro 2016.pic.twitter.com/snGJ5FDDoS

Not only did England look out of ideas, but they looked anxious, failing to complete simple passes. It was a 90-minute ode to the last two decades of psychodrama.

Needless to say, the reaction from the British press made ‘El Chiringuito‘ look measured.

“This was England’s most humiliating night in international football: far worse than the 1950 World Cup defeat to the USA in Belo Horizonte,” Paul Hayward wrote in The Daily Telegraph.

Henry Winter, meanwhile, gave every player a zero in his player ratings. 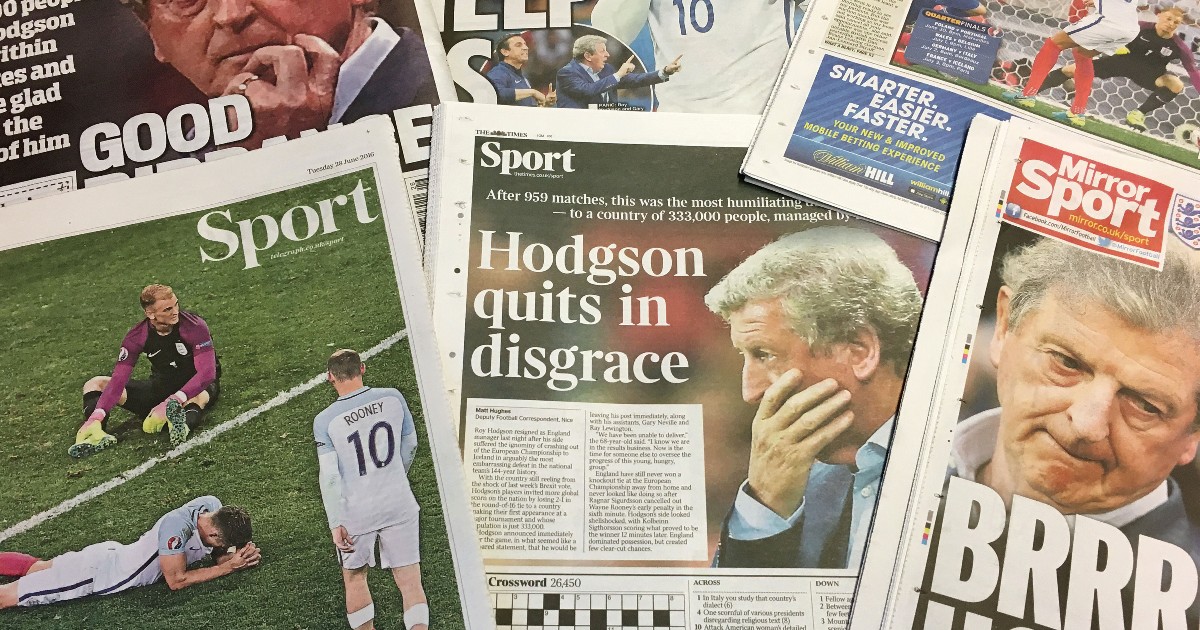 The defeat came 11 days after the murder of British MP Jo Cox and four days after Brits voted to leave the European Union, paving the way for five more arduous years of inescapable, brain-bludgeoning culture war. It was an unthinkably bleak time.

Hodgson had attempted to write the result off as a bad day at the office, but it was impossible to disentangle from England’s long, storied past of underachievement and from the wider footballing culture and infrastructural issues.

A period of navel-gazing and soul searching had become a biannual tradition, but this was the Woodstock of England elimination post-mortems. And it produced gold.

“They’re a proper team, Iceland; I don’t rate them as a football team. I would never pay to watch them but I tell you something, they’ve got a great camaraderie and that answers a lot.

“We just go through the motions and, at the end of the tournament it’ll be, ‘we’re getting ready for Russia’. Good luck!”

Now this is a rant!

Waddle’s words summed up the disconnect between the players and both the media and the viewing public. Members of the squad were booed as they returned to action at the start of the 2016-17 Premier League season.

“The next England manager: is Gareth Southgate really the answer?” asked Daniel Taylor in The Guardian the morning after Iceland as the Under-21s coach became the bookmakers’ early favourite.

Harry Redknapp, who appeared to have missed the boat after a decade of being linked with the job, also wasn’t convinced by Southgate’s credentials.

“Why should he get it in front of Steve Bruce and Sam Allardyce, who are proven managers?” Redknapp told the BBC.

“He knows what system? The losing system? He knows the losing formula? I like Gareth Southgate, he’s a great lad, but what’s he done?

“Tim Sherwood’s got passion, enthusiasm, I’ll come and work with him all day. He’s young, enthusiastic, knows the game.”

“Next England manager: Alan Pardew should get the nod – if stats are anything to go by,” read a particularly funny headline in one local outlet.

“My own view is that international football should be about the best in your country against the best of someone else’s, so I had always favoured an Englishman but there can be no complaints if the FA look to a foreign coach,” Jamie Carragher told the Daily Mail.

“With that in mind, I wouldn’t knock the idea of appointing Jurgen Klinsmann, who has been to a World Cup semi-final with Germany, a Copa America semi-final with the United States and knows our game.”

In the end, Sam Allardyce, whose stock had risen back to its Bolton levels after leading Sunderland to a great escape in the 2015-16 season, was given the job.

But one pint of wine and 67 days later, after one game in charge and a proud 100% win ratio, Allardyce was shown the door after a Daily Telegraph sting revealed he offered advice to “get around” rules on player transfers.

Southgate was swiftly brought in on a caretaker basis, and the rest is history.