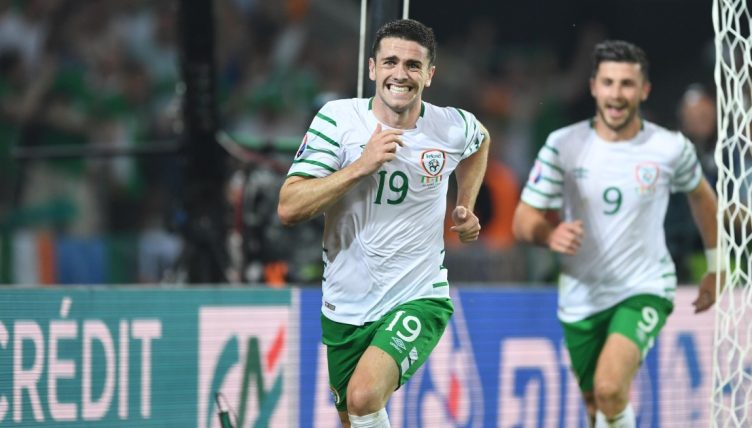 Ireland, it is oft-forgotten, is a sporting nation. From football (its own football) to Hurling, boxing to football again (the world’s football), the Irish seem incessant on playing anything they can.

Often enough, they are really rather good at whatever they try their hand at. Katie Taylor is probably the best woman boxer of all time, the men’s Irish rugby team incessantly beats England at their own game and at football… well, occasionally they’re pretty decent.

To paraphrase W.B Yeats, “being an Irish football fan means an abiding sense of tragedy, sustained through temporary periods of joy.”

That’s the reality of modern Irish football on the international stage – moments of elation, enjoyed all the more because you know just how fleeting they will be.

None in recent history have been enjoyed more than that Robbie Brady header, on that one June night in Lille.

At the 2014 World Cup, Martin O’Neill sat alongside Patrice Vieria and Fabio Cannavaro on punditry duty for ITV.

As Adrian Chiles presided over the panel, he gawked at the two legendary figures, trying to prise out valuable bits of analysis and footballing knowledge for the audience.

Eventually, he turned to O’Neill, who had been sitting fairly quiet for most of the night.

“Were you much in the defensive wall?”, he asked the Northern Irish football manager.

“I can imagine you in the wall with your glasses on flinching a little bit!”

O’Neill, whose academic-looking appearance is backed up by the fact he dropped out of a law degree to pursue football, released a righteously bitter response that had visibly been building up over the course of the night.

“I actually didn’t wear glasses when I was playing,” O’Neill began, as Chiles laughed nervously.

“What you’re seeing now is an older gentleman, but I did actually play the game at one point.

“Despite the fact there are two World Cup winners here, actually when it comes to European Cups, I’ve won two of them… I’d just like to know how many you guys have won?”

That time Martin O’Neill owned Patrick Vieira and Fabio Cannavaro…. oh and Adrian Chiles at the World Cup 2014.
We all wear our work hats but would love to see more of this Martin as our manager. @YouBoysInGreen pic.twitter.com/3sCoVv3v8p

O’Neill had been appointed Ireland boss just a year before, so presumably such a curmudgeonly manager was tempered with a ‘good cop’ of an assistant. But that would be too sensible, so instead he was partnered with Roy Keane.

Between them, the two Brian Clough disciples formed the dual head of an agitated side starved of success, tasked by the Football Association of Ireland with dragging Ireland to the 2016 Euros in France.

“The good old FAI is still the exploding clown car that keeps giving,” said comic Michael Nugent of the decision.

Great expectations, there were not.

Ireland’s qualifying group for 2016 was hardly an easy one, pitting the Boys in Green against Germany, Poland and Scotland along with Gibraltar and Georgia.

“Let us go positively into the group,” O’Neill said at the time with an almost biblical tone.

And so positively they went. Finishing third, they qualified for the play-offs on 18 points, remarkably four of which were taken off Germany thanks to a late winner from Shane Long in Dublin and an even later equaliser from John O’Shea away from home.

Thanks for the memories John O'Shea. Will never forget that injury-time equaliser in Germany. #IrishLegend #117Caps #coybig #Ireland pic.twitter.com/Pl78sCi65y

Yet all that would be for nought if O’Neill and Keane’s side came unstuck against Bosnia in the play-off.

Played almost entirely amidst thick fog, it was Brady who scored an equaliser in Zenica to give Ireland a crucial away goal in a 1-1 first-leg draw. That set his side up nicely for a 2-0 victory in Dublin, the prize a ticket to France 2016.

It wouldn’t be Brady’s last vital contribution that campaign.

“A blind man could see we need to be better,” Keane said after Ireland’s 3-0 loss against Belgium in the second match of their group.

Despite a 1-1 draw against Sweeden in their opening match, the Republic faced a tall order on the final day; they would have to win against Italy in order to qualify for the knockouts as one of the best third-place finishers.

Facing Italy in major tournaments was not something that Ireland was new to. There was the hard-fought loss in the 1990 World Cup quarter-final, mercifully redeemed by the 1994 1-0 win in the group stages in LA.

Both were overseen by Jack Charlton, and Keane and O’Neill tried to summon up his spirit for the 2016 squad.

“You need to play with courage and balls,” Keane said in the prelude to the match.

“Courage is a big part of being a footballer. Courage doesn’t mean booting somebody. It’s wanting the ball when sometimes you don’t actually want the ball, if that makes sense. Bravery. Courage. We need to see that.”

And courage is exactly what the Irish national team showed.

"We're not here to make friends"

Roy Keane ahead of Ireland's Euro 2016 match against Italy. pic.twitter.com/3BxhOOxNqs

For 85 minutes they battled the Italians in a slog of a match. There were a total of 40 fouls, possession split almost equally and chances few and far between.

Wes Hoolahan had the best of the match, a defensive error sending him through on goal against Salvatore Sirigu with no defender on top of him… only for the midfielder to pass it straight at the Italian in net.

“Has the moment passed?” the Irish commentator asked as the clock ticked closer to 90.

It never stops being amazing.pic.twitter.com/ngeuPx1i8a

The goal was almost heaven-sent. A moment of destiny that everything from the years prior had built up to.

If O’Neill and Keane weren’t appointed Ireland may never have qualified in the first place, if Ireland didn’t have to go through the play-off they would have never been given the group they had, and if Hoolahan hadn’t missed so spectacularly moments earlier, perhaps he would have never delivered the ball he did.

And oh what a pass; like Moses parting the red sea, Hoolahan’s left foot split the Italian defence asunder. It drifted, curling beautifully in the air as it first arced outwards and then inwards to the Italian box.

Sirigu raced to beat him to it, but Brady was fuelled by something more; courage and balls.

He pipped Sirigu to it, not having to break stride to meet the ball with his head nor to run into the stand of Irish fans that turned the entire Stade Pierre Mauroy, and indeed all of France, a sea of twirling emerald green.

Ireland hasn’t been to a major tournament since, and the depth of problems the national side faces may mean it’s a while still before they make one again.

Yet even despite the “sense of tragedy” that engulfs Irish football, there will be “periods of joy.”

And no matter how fleeting they are, no one knows how to celebrate them as well as the Irish.

Can you name every single player that scored at Euro 2012?