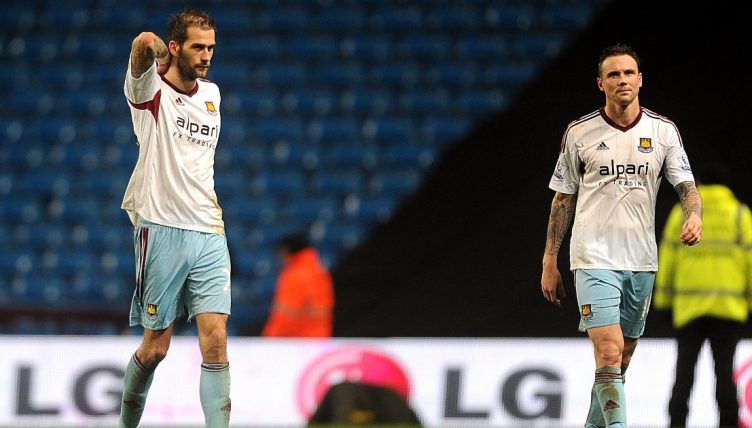 There may be more toxic traits for a human being to possess but there are few as insidious as avoidance.

We’ve all been there; spending an extra hour in bed, delaying the start of an essay until the last possible moment or finding ways out of that difficult conversation.

All fairly harmless decisions in isolation but, in a culture that places great value on a can-do attitude and proactive behaviour, the tendency to procrastinate never really pays off in the long term.

It’s safe to say that Roger Johnson indulged in a spot of avoidance on a cold, wet night in Manchester back in January 2014.

Faced with the rampaging Yaya Toure, Johnson backed off like a guy spooked by an overly-enthusiastic Tinder date and allowed his opponent the freedom of the Etihad Stadium to notch the easiest goal of his career.

While the clip of Johnson’s avant-garde take on defending can be relied upon to produce a chuckle almost eight years on, the story of how he ended up facing the Manchester City onslaught was very West Ham.

Defended against Yaya Toure like a cat scared of the hoover.pic.twitter.com/JfE4LxWz9n

Under the guidance of Sam Allardyce, West Ham had won promotion and finished 10th in the Premier League. While Allardyce may not have been Dudley’s answer to Rinus Michels, Hammers fans were relatively content with their manager’s achievements.

Cue a time-honoured collapse. After spending their entire transfer budget on Andy Carroll, alongside Stewart Downing to supply him, West Ham won three games before the New Year and could only watch in anguish as their Geordie artillery gun lay decommissioned on the sidelines.

By mid-December 2013, Allardyce’s side had been involved in more goalless draws (six) than the entire Bundesliga (five), while the defence was becoming less of a leaky tap than a gushing faucet.

Allardyce needed reinforcements for their relegation battle but Johnson’s track record hardly inspired confidence. He’d been relegated in the previous three seasons, once with Birmingham and twice at Wolves, and had turned up to training drunk during his time as club captain at Molineux.

It’s safe to say Wolves wanted rid and West Ham took the bait. With the appearance of a snooker player and carrying the nickname ‘The Relegator’, Johnson was shoved straight into the team for the League Cup semi-final at City.

Coming off the back of a 5-0 defeat at Nottingham Forest, an assignment that West Ham negotiated with the finesse of an alcoholic tackling a garlic naan at Wetherspoons, nobody amongst the away support was expecting miracles from their side.

Even so, the incompetence on display was alarming. Given the pantomime they would serve up, it was fitting Allardyce’s side were wearing their snow-white away kit.

Toure, in the form of his career, lofted a perfect long pass over Negredo’s shoulder for the Spaniard to lash home the first, while his second was a fine angled finish that exploited the absence of any defensive nous from the opposition.

Will always remember this for Roger Johnson being terrified of Yaya Toure for his goal. Think he would’ve just run into to his own net if Yaya had kept going. https://t.co/PpY9KryEg1

The game was already a write-off for the thousands of Hammers fans who’d paid good money to attend this massacre. Having already celebrated winning an early corner with the enthusiasm of a goal, they would need to channel that gallows humour to make sense of Johnson’s finest hour.

In fairness, most people would take a shit with their trousers on if Yaya Toure was advancing menacingly towards them. Unfortunately, Johnson was being employed to stop such an occurrence.

Instead of offering a challenge, the defender inched backwards like a crab doing the moonwalk, until Toure found himself at the edge of the West Ham penalty area. Baffled at such generosity, the Ivory Coast talisman swept the ball home to end the game as a contest.

As a sign of sheer ineptitude, Johnson’s backward shuffle was impossible to beat. As armchair supporters braced themselves for Johnson coming through their television screens, it was hard to remember a more cowardly piece of defending.

Manchester City went on to win 6-0 and West Ham fans spent the second-half loudly abusing Allardyce. Standing on the rain-swept touchline, the manager could be forgiven for reaching for his bottle of brandy and a revolver.

Having been bought into to give West Ham’s defence some aerial presence, one could only imagine Johnson’s dismay at discovering that football is still a game played largely on the ground.

But, in avoiding taking on Yaya Toure, Johnson contributed one of the great bad pieces of defending into football’s rich canon.