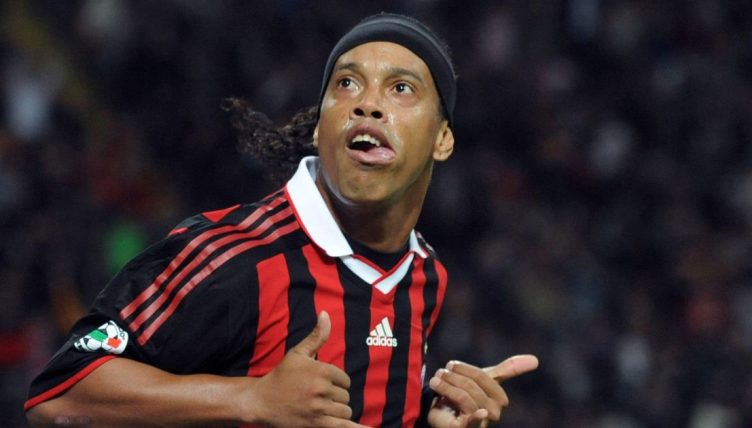 In the eyes of many, Ronaldinho peaked at Barcelona before steadily going downhill after leaving, but that’s not entirely accurate.

It’s true that the five years that the Brazilian spent at Camp Nou were the best of his career.

For much of that period, he was widely considered to be the best player on the planet, winning one Ballon d’Or and two FIFA World Player of the Year awards.

It’s also true that he never performed at such a level again after crossing the Mediterranean to ply his trade for AC Milan.

However, in his final full season with the Rossoneri, he wasn’t worlds away from his glory days.

Ahead of his second campaign in Italy, most believed that Ronaldinho’s days as a top player were at an end.

With questions growing and growing over his attitude and fitness during his final years at Barcelona, Carlo Ancelotti’s decision to sign him had raised many an eyebrow, and the Brazilian did little in his first season there to lower them.

While there were glimpses of his unquestionable talent, there were more stories in the press about what he did off the pitch than what he did on it as he was repeatedly seen enjoying Milan’s nightlife.

By the end of the campaign, Ancelotti himself had lost faith, not starting him in any of the final 14 league games. So it was a blessing in disguise for Ronaldinho when the Italian left for Chelsea and was replaced by his former Brazil team-mate Leonardo.

If the new boss was going to be successful, his compatriot would have to step up. Star player Kaka had been lost to Real Madrid and a replacement wasn’t signed, meaning it would fall to Ronaldinho to fill the enormous void he left. 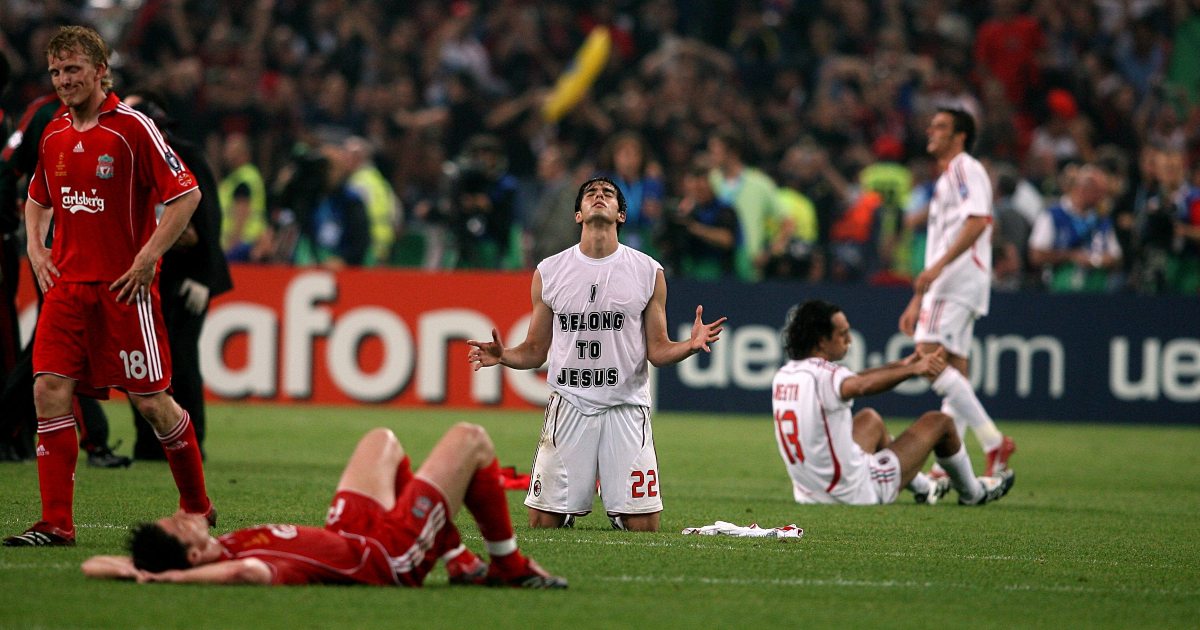 “I think they are very different players,” Leonardo said in a press conference.

“They both have great skills in attack. Ronaldinho may lack Kaka’s acceleration, but he handles the ball better. They are both extraordinary players.

“He is still a special and outstanding player. I don’t think people have lost interest in him.”

Many fans weren’t as optimistic as the manager though, and that remained the case for the first five games of the season as he failed to impress.

But then, on a chilly afternoon in Bergamo, things began to change.

Ronaldinho started the game on the bench after being caught the previous week clubbing at two o’clock in the morning just two days before a Champions League tie. But he was brought on at half-time with his side 1-0 down and what followed were 45 glorious minutes.

He was his side’s creator in chief, playing a number of excellent passes, showboating his way past defenders and scoring the equaliser, controlling a long ball on his chest and volleying home. Suddenly, he looked like his old self again. It was a sign of things to come.

In his next match, against Roma, he scored one goal and set up the other, and would continue to contribute for the remainder of the calendar year, getting three goals and six assists in 11 games.

He had finally found form again, and the best was yet to come.

Back in the big time

Ronaldinho started 2010 in style, bagging a brace against Juventus and following it up with a hat-trick against Siena – the third of those goals, a rocket from outside the box, was one of his best.

So impressive was he that he started to attract the attention of some of the game’s biggest names, with Pele and Diego Maradona calling for him to be selected in Brazil’s World Cup squad.

His coach meanwhile, following that hat-trick, stated that he was the best player on the planet again.

“Ronaldinho has always lived his career like this, transmitting passion and happiness,” Leonardo told the press.

“This is what he wants. He is the greatest footballer in the world and he has refound his taste for football.”

Ronaldinho's finest performance in an AC Milan shirt. Not many players could bring the joy to people's faces quite like him. pic.twitter.com/fJcloE6ffU

Such a statement would have seemed rather hyperbolic at the time – but not so much a month later after the first leg in the Champions League round-of-16 tie against Manchester United.

The big story heading into the game was David Beckham facing his former club. But Ronaldinho, somewhat famously licking his lips before kick-off, quickly made sure he was the AC Milan player everyone was talking about.

Just three minutes in, he opened the scoring with a volley from the edge of the box. Sure, he was helped by a deflection, but it was a great hit nonetheless.

He nearly added to that tally 15 minutes later when, one-on-one with Rio Ferdinand, he dizzied the United defender with some rapid stepovers and looked set to slot past Edwin van der Sar. Just as he was about to do so, though, he was brought down by Ferdinand. 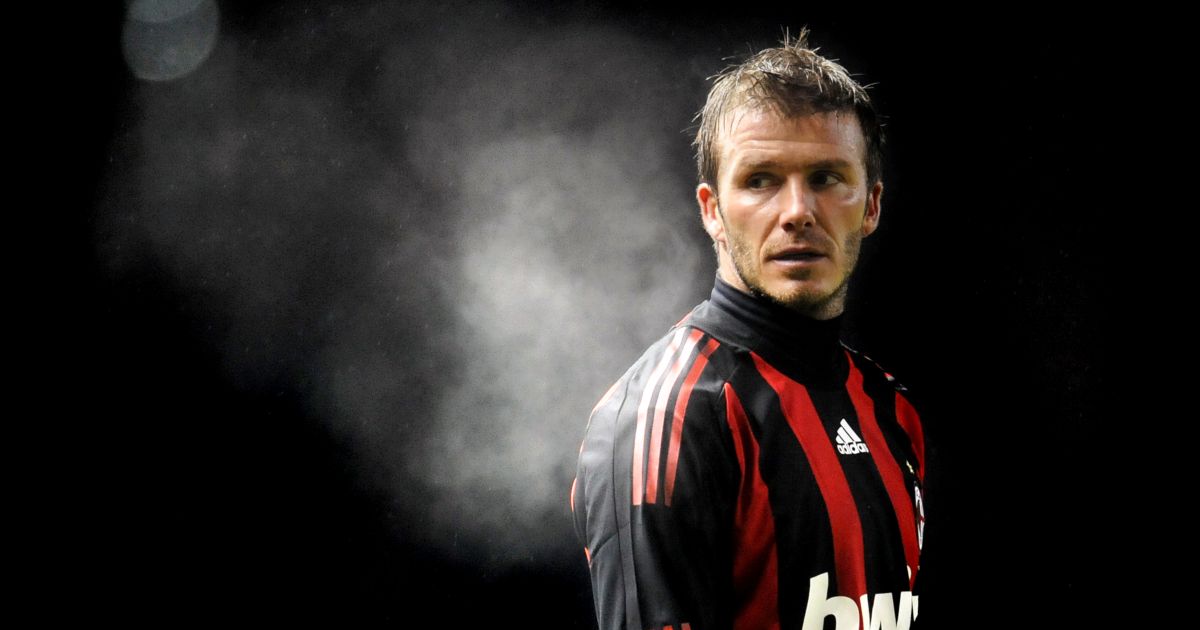 The referee waved play on, but rather than complain, the Brazilian got up, laughed and got back to strutting his stuff.

Shortly afterwards, he left Patrice Evra and Paul Scholes chasing shadows with a sumptuous turn before unleashing a 30-yard piledriver that was only just turned away by Van der Sar.

He was running the show and having the time of his life in the process, as was everyone watching him. This was Ronaldinho at his very best.

United stepped things up a gear and took charge in the second half, but the 29-year-old continued to terrorize them, with only Van der Sar preventing him from getting on the scoresheet again.

While he couldn’t get another goal, he did set one up with five minutes to go, jinking past Scholes and playing in Clarence Seedorf.

He may have finished the game on the losing side, United prevailing 3-2, but he was undoubtedly the best thing about it, producing one of his greatest performances.

In that same period, he got seven assists in four league games, excelling as a left winger. But things began to go downhill for his club after that.

They were humiliated at Old Trafford, losing 4-0, and would only win four of their final 12 matches in Serie A, dropping out of the title race.

Like his side, Ronaldinho suffered a dip in form. Yet as we all know, form is temporary, class is permanent, and he proved that in the last game of the season against Juventus.

The day before, it had been all but confirmed that Leonardo, the man who helped get Ronaldinho’s career back on track, was going to be leaving the club after the match. The least Ronaldinho could do to repay him was make sure his boss went out on a high note.

It was clear early on that he was in his groove as he juggled the ball while surrounded by Juventus players, looking like a kid messing around on a Rio Grande do Sul beach.

Of course, though, he wasn’t; he was a top player at the top of his game, and he showed that minutes later as he curled the ball into the back of the net from the right-hand side of the box to double his team’s lead.

It was a lovely goal, and his second was even better. He controlled the ball on the left of the box this time and passed it into the bottom right corner with a surgeon’s precision.

That would prove to be his final act of the season with Leonardo subbing him off straight afterwards.

As he walked off the pitch, the San Siro faithful all stood to applaud him. He had well and truly won them over.

It would also prove to be his final full season in Europe, with Ronaldinho returning to Brazil the following January. And with 12 goals and 18 assists to his name – the most of anyone in the division – it was a worthy swansong.

Sure, it could have been even better if he’d partied less and trained harder, but we wouldn’t change a thing.

Ronaldinho played out the final matches of his top-level career with a smile on his face, in turn putting a smile on the faces of everyone watching. And that’s what he was all about.

Rui Costa, ‘The Maestro’ who made Fiorentina, Milan & Portugal tick

The 16 best quotes on Kaka: ‘Nothing is wasted, everything has a purpose’