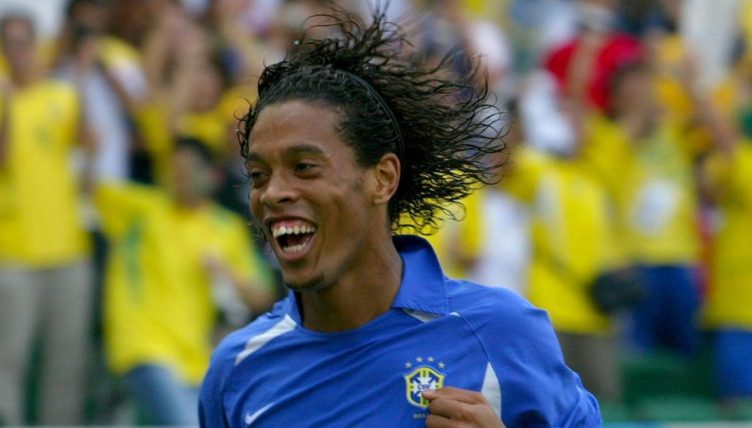 On June 21, 2002, Ronaldinho scored a free-kick in a World Cup quarter-final against England which had people questioning whether he meant it. All these years later, nobody should be in any doubt he definitely did.

Football is a sport unlike any other when it comes to living or dying on your reputation.

A solitary high-profile dive can see a player second-guessed in opposition penalty areas for life, while, in the case of the Eredivisie, one player’s struggles in foreign climes can counteract another’s success and then some.

True talent, however, can be seen in a player’s ability to overcome preconceptions and rise above doubts

For Ronaldinho, it’s a wonder there was ever a time we even considered questioning his intentions with ball at feet. 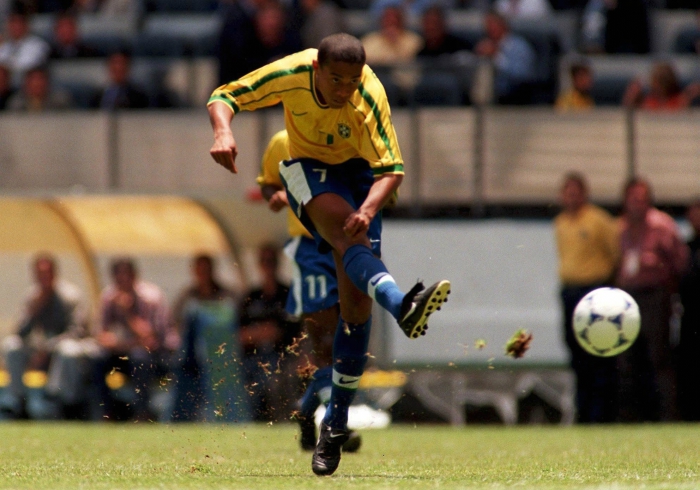 When I mentioned to friends I would be writing this week’s column on Ronaldinho’s winner against England at the 2002 World Cup, their reaction was uniform. Was there anyone who thinks he didn’t mean it?

The question, however, has nothing to do with the present tense.

Now, having watched him develop into the world’s greatest player (if only briefly), there is no question whatsoever.

Back in 2002, though, the conversation began with a focus on the man who conceded the goal rather than the man who scored it.

To debate whether David Seaman could have been better-prepared was to debate whether the 22-year-old upstart meant to deliver a fatal blow to England’s tournament hopes in such a manner.

And at that point, assessing a relative blank slate of a player (albeit one who Grêmio and Paris Saint-Germain fans already knew was very special) introduced a layer of not-unreasonable doubt.

Even the commentators at the time weren’t ready to accept he had meant to shoot, though one would imagine they might answer differently if quizzed about Dinho doing the same in 2012 rather than 2002.

As with Zlatan Ibrahimovic a few years down the line, there has long been a tendency from English commentators and pundits to question the ability of a player until he has performed against English opposition.

That 2002 World Cup was Ronaldinho’s first experience of English football (save for facing Rangers’ Michael Ball in the UEFA Cup), but he’s always been one to trust in his own abilities rather than figuring out ways to deal with the opposition. Ronaldinho doesn’t prepare for you, you prepare for Ronaldinho.

And when he later met Chelsea in the Champions League the answer to the question of intent in 2002 shifted from ‘maybe’ to ‘probably’.

Other players might have had a knack for finding space, but the Brazilian’s talent went that bit further, producing the goods even when the space wasn’t there.

It’s not that Petr Cech and his Chelsea team-mates were back on their haunches and giving him an opening but rather they were still waiting to react to space opening up, before Ronaldinho decided waiting would achieve nothing.

When you watch goals like the one against Chelsea, or the performance at the Bernabeu which famously saw Ronaldinho applauded by Real Madrid supporters after tearing them apart in El Clasico, you begin to realise the problem with the opening attitudes to the goal in Shizuoka.

By questioning whether it was intentional, we’re applying our own vision and our own thought processes to someone who was never limited in such a way.

While we might not have known this in 2002, by the time he arrived at Camp Nou it had become clear we were dealing with someone who not only didn’t play like anyone else but who didn’t think like others either.

It’s easy to write off something as a likely fluke when it doesn’t appear on our radar or possibilities, but the more times someone produced moments we didn’t even consider as options, the harder it is to write off anything they do as unintentional.

When you look at movements which seem both instinctive and two steps ahead, you realise he has somehow beaten you twice in a single play, even before you’ve considered how you might stop him.

Few have ever come close to matching Ronaldinho’s greatest talent, namely the ability to convince those watching that everything you do is both painstakingly deliberate and flamboyantly spur-of-the-moment, and even those who have pulled it off have done so with the caveat that he has pulled off their party-trick too.

Had a player other than Dennis Bergkamp spun the wrong way around Nikos Dabizas in 2002, we’d undoubtedly be speaking of a stroke of fortune rather than one of genius. Well, a player other than Bergkamp or Ronaldinho, who obviously pulled off the same trick during his Barça spell.

In the same way as any controversial comment from Donald Trump will be met with someone scrawling the President’s Twitter account and finding his condemnation of the exact same behaviour, there can’t be many moments of skill you can bring to mind and not find an example of Dinho doing the same thing just as well, if not better.

Whenever we look back at Ronaldinho’s all-too-short time at the absolute pinnacle, it can be tempting to console ourselves by suggesting no one could have kept up his level of skill and trickery over a longer period.

However, as consoling as that might be, it’s hard to justify as a line of argument.

Ronaldinho was doing this at 18 and at 28, and if you threw him onto a top-level pitch at 38 tomorrow he could surely still embarrass one or two.

It was never even a case of the skill not translating to end-product, at least under Frank Rijkaard at Barcelona, and an ability to use playground tricks for a purpose is one which many have struggled with in the years since.

If anything it would have been easier for him to try to do less but do it more effectively, but there was always a fear that everything all of the time was the only approach that truly worked for him, and the only one which would ever work for him.

Still, at least we’ll always be able to accept, without pushback, that he meant that lob.