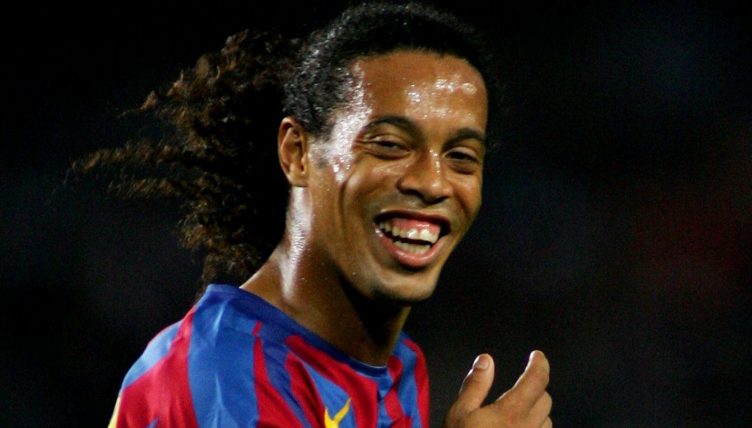 When Ronaldinho wanted to run a game, there was no stopping him. You could only wait it out and attempt to salvage something once he’d got bored of leaving you flailing.

Deportivo La Coruna discovered this when the Brazilian maestro spent more than an hour making the Riazor his own personal playground in October 2005.

The hosts clawed their way back to earn a 3-3 draw they may well have been satisfied with, but Manuel Pablo will still be having nightmares about Barca’s No.10 now.

The Spain full-back had challenged himself against some of the world’s best before, keeping Kaka quiet in Depor’s sensational Champions League comeback against AC Milan in 2004, but this was another challenge altogether.

Ronaldinho had already got inside the defender’s head once to turn a 1-0 deficit into a 2-1 Barcelona lead, turning stasis into kinesis so abruptly it was barely possible to notice the shift.

And we’d seen another clue in the way he converted the penalty to put Barca 3-1 up, blasting the ball high into Jose Molina’s net with the fury of a man upset that the ball and the responsibility that came with its position on the spot might consider forcing him to break stride.

However, it was a moment after all of this which really let Manuel Pablo know who was in charge.

Ronaldinho rarely needed a second invitation to let loose with disrespect, but when Manuel Pablo went to ground there was never likely to be another outcome.

The full-back’s slide is the act of a man who has had enough. He’s going in for ball or man, and he doesn’t matter which he takes: after the earlier embarrassment, he’s piling in with the force of a truck and letting the laws of physics decide who or what he makes contact with.

If he’s timed it right, ball and man will both come into contact with his boot, and for neither to do so would be a sign of his target reacting quicker than any man realistically could.

What he doesn’t consider, though, is that Ronaldinho’s mind doesn’t believe in such limits.

The simplicity of Ronaldinho’s skill was the worst part for Manuel Pablo. What he imagined as a surefire way to stop his opponent was viewed by the Brazilian as the most minor of inconveniences; to avoid the challenge is akin to stepping out of your way while walking down the street so as to avoid stepping on a dog turd.

The escape itself won’t have bothered him as much as how easy it was to make, and even the attempted recovery from the defender feels accelerated as if Ronaldinho is dragging him along by a string tied to his heels. Immediately, the Depor man has gone from having command of his decisions to not even having any self-control to lose.

The pursuit feels permanent, as if he can only ever be in a state of chasing. The time for approaching any challenge head-on is long gone, so distant it’s hard to even conceive of what it might look like were it to present itself again. Ronaldinho is in charge of the direction of play, and you’re lucky if he’s even generous enough to give you a clear view.

When you’ve been to carefully and devastatingly put to the sword, it’s hard to focus on much beyond the immediate embarrassment.

Once the reflex wears off and you’re allowed to give up the chase, attention will naturally turn to making sure you don’t suffer the same fate again. This means time spent attempting to make sense of the original embarrassment, and therein lies the issue: you can prevent others doing the same to you, but whether Ronaldinho repeats the trick is down to the whims of Ronaldinho alone.

If Manuel Pablo wanted any consolation, all he could do was remind himself he wasn’t the first to be left scrambling for his lost pride, and he certainly wouldn’t be the last.