Ryan Babel didn’t fulfil his potential, but football needs more like him 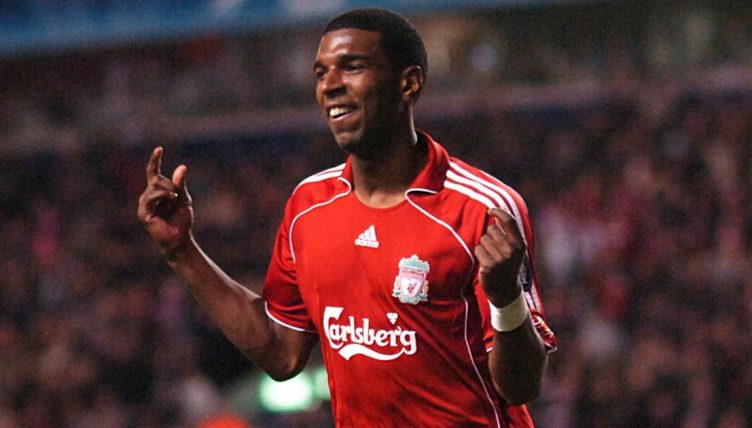 Throughout his career, former Liverpool winger Ryan Babel has had the tools to become a real great of the game. It’s a travesty that the pieces never quite fell into place for him.

It’s strange to look at one man over the course of a decade and a half and balance current brilliance with standout moments from the past, only to find yourself accepting that his ‘moment’ has almost certainly passed.

However, the more we look back at the Dutchman’s time in the game, the more we think an enigmatic career can sometimes be better than one of more traditional greatness.

The sight of an exciting young prospect at Ajax is something we’ve got used to in the last few years, while the mid-90s generation of Davids, Kluivert et al elicited a similar reaction. But those in the middle should not be forgotten.

When Babel made his Champions League debut in 2004 at the age of just 17, he was part of a squad containing Rafael van der Vaart, Wesley Sneijder and Nigel de Jong. And he ought to have got as big as all three of them.

A few weeks later, we saw him score a delightful goal against Groningen on his 18th birthday, waiting for the opposition goalkeeper to take a seat and lifting the ball over him with barely enough pace and elevation to take it over the line.

It was his way of telling opponents, “I’m going to do what I want, but it’s easier for both of us if you don’t put up a fight.”

When Babel moved to Liverpool in 2007, it made a ton of sense.

This was a young man who could score all kinds of goal, each time responding with the swagger and confidence of someone whose expression asked onlookers, “Did you really expect any different?” A stage like Anfield felt like a natural fit.

“I listened to them and I got a great feeling about the club,” he said after making the move from Amsterdam, speaking particularly highly of manager Rafa Benitez.

At 20, he might have been prepared to wait to become a key part of the team, but there were standout moments in that first season. Not least the Champions League quarter-final against Arsenal.

After the panic and desperation which saw the Gunners draw level, Liverpool needed someone without the attachment to the gravity of the club and the situation to step up. Babel did just that, winning the go-ahead penalty and then scoring a late goal to clinch victory.

His response to his contribution? Standing tall and nodding as if to acknowledge we were naive for ever doubting him.

If this was the first act of a film, we’d expect Babel to go from strength to strength, drawing on this moment for years to come.

However, as Ryan movies go, this is less When Harry Met Sally and more The Place Beyond the Pines: a fast start boiled into insignificance by a long wilderness period that even a great finale can’t rescue.

Babel’s years out of the spotlight read like a long list of interchangeable spells. Fifty-one games at Hoffenheim. Twelve at Deportivo La Coruna. Twenty-two in a brief second spell at Ajax. A whole lot more in Turkey.

You knew he still existed purely because you didn’t know what he was up to, but he was too far into the distance for you to say with any authority that he was finished.

All there was left for you to do was close your eyes and hope things were going well for him, wherever he was. That enigmatic talent who thrilled you when he came through the ranks deserved to be the star, even if the circumstances were changing.

It’s the same emotion you get when you notice a band from your youth low down on a festival line-up. The important thing is that they haven’t given up, and there’s still chance for them to bounce back with an album for the ages, even if you don’t believe in your heart of hearts it’s all that likely.

And yet, in the last couple of years, we were treated to a final act that even Babel himself might have seen as a long shot.

The facade of confidence hadn’t gone, it was just lying dormant for a little while, but he was making hay at Besiktas and working his way back into national team contention. With Van der Vaart retired and Sneijder not far off, the youngest member of the attack-minded trio was looking as good as ever during the Oranje’s run to the Nations League final.

He started the semi-final victory over England and the final defeat to Portugal, having impressed for an otherwise abject Fulham in the Premier League.

The bright red hair he sported at Craven Cottage could be seen as shorthand for what made him so valuable: he was very much not of his time, but neither did he belong to a different era. Ryan Babel belonged to Ryan Babel alone, so could not be limited by the usual restrictions of age and of miles in the legs.

He almost acted like a human laser-pointer, distracting opponents long enough for them to let their guard down and allow him to capitalise. And when that happened, as against Everton, we learned the burst of pace and capacity for a subtle dink had not deserted him.

When Ryan Babel retires, those who never saw him play live will look back at the highlight reel and see a versatile, talented player with the capacity to worry any defence.

Those who did watch him in action will remember him differently, as the frustration who has such a varied career purely because he couldn’t be relied upon to realise his talent.

The truth lies somewhere in the middle, but we’d always rather have one exciting enigma, capable of playing at football’s extremes, than a dozen players permanently occupying the midpoint between good and bad.

Football has always needed players like Ryan Babel, and it always will.