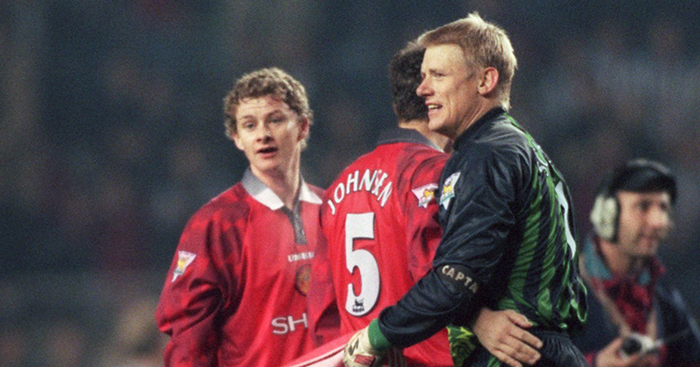 Manchester United have signed some wonderful players from overseas over the years – and Scandinavia has proven a particularly good place for them to go shopping.

Jesper Olsen was the first, the diminutive Danish wing-wonder signed by Ron Atkinson in 1984, with his compatriot John Sivebaek joining him at Old Trafford a year later and scoring the first goal of Sir Alex Ferguson’s reign before the new boss decided he was surplus to requirements.

But the best was yet to come… 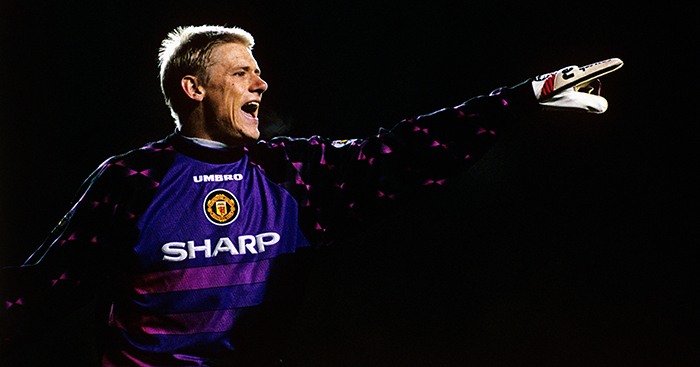 In terms of value for money, some of the best signings ever made by United have been from Denmark, Norway and Sweden.

In August 1991 possibly the greatest of them all was made for £550,000 when Danish goalkeeper Peter Schmeichel joined from Brondby. By 1995-96 he had been instrumental in United winning back-to-back Premier League titles, an FA Cup and a League Cup (at the time known as the Rumbelows Cup).

Incidentally, the fifth-round ties for that League Cup in 1991-92 were drawn by a shy, introverted American businessman by the name of Donald Trump.

Schmeichel is widely regarded as one of the best goalkeepers of all times, especially by those that played with or against him.

Paul Ince perhaps best summed up just how trusted he was by the players in front of him: “Normally when somebody goes through on the goalkeeper you just pray that they’re going to save it, but you just knew Schmeichel was going to save it, so we’d always set up a counter-attack.”

His unique technique would not be found in any goalkeeping textbook, but he ruled the 18-yard box like a grizzled warden rules his prison yard, and that ruthless aggression made him a much-feared competitor in a league that contained many hard men.

Given the impact he had in United history it is only fitting that his last match was a Champions League final and that he was captain for the occasion. Of course he did eventually return to England after riding off into the sunset with his treble medals, but we wont talk about that.

In the summer of 1996, after two years of minimal inbound transfer activity, United made five signings, two of which were Norwegians at a cost of less than £3million combined.

There were no YouTube compilations (complete with generic Euro-pop soundtrack, of course) available back then so fans would have to wait patiently for the players to show their abilities on the pitch.

With one of the other signings a man named Cruyff from Barcelona, it came as a shock that the new face grabbing the headlines was in fact a face that still looked pre-pubescent, that of Ole Gunnar Solskjaer.

It took him just eight minutes to score on his debut against Blackburn Rovers. It was not a stereotypical Solskjaer goal given that he didn’t find the net with his first instinctive attempt, but the way he emphatically finished the rebound, volleying into the bottom corner using the outside of his boot, was a sign of things to come from the 23-year-old signed from the relative obscurity of Molde.

He had been expected to sit at least the first year out as an understudy to Eric Cantona and Andy Cole, but five goals in his first six matches forced his manager to alter his plans, and Cantona paid him immediate compliments, comparing him to former European Footballer of the Year Jean-Pierre Papin. He scored 18 league goals in his first 33 league appearances.

Though he is often referred to as one of the Premier League’s great ‘super subs’, Solskjaer was far more than that. In fact, such was his all round football ability and intelligence that in 2002-03 he had taken David Beckham’s slot as creator on the right of midfield.

However, it seems fitting that the player who was always associated with the late-game impact that came to be known as ‘Fergie time’ was granted such an iconic moment in Ferguson’s managerial career when he stuck his leg out to meet Teddy Sheringham’s glancing header at Camp Nou. And it inspired probably the most famous Alex Ferguson quote of all: “Football – bloody hell.”

Ronny Johnsen’s career had taken him to Turkey from his homeland Norway, but he was allowed only 22 appearances for Besiktas before being identified by Old Trafford scouts as a player to replace the outgoing Steve Bruce.

He had great intelligence and quality on the ball, and the classy defender went on to be the perfect foil to the fast, aggressive Dutchman acquired from PSV, Jaap Stam.

Johnsen was such a good reader of the game that he was often relied upon to marshal the midfield. Such was Ferguson’s trust in the player that he was given the role of marking Juve’s talisman Zinedine Zidane in a famous 1997 victory.

During the treble season, in a move that would cause a Twitter meltdown in the modern era, he was played in midfield ahead of Paul Scholes in the San Siro for a quarter-final against a Roberto Baggio-led Inter.

He was sublime. It proved to be a tactical masterstroke by Ferguson and once again confirmed Johnsen as a man for the big occasion.

His time at United was cut short due to injuries, but his partnership with Stam was fundamental to the trophies obtained during his six years in Manchester. 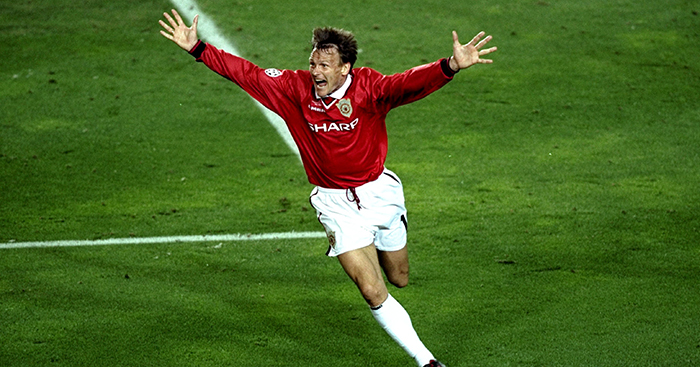 In the summer of 1997, Ferguson’s search for a new centre back had brought nothing but frustration.

Brazilian Celio Silva was announced by Ceefax as a completed signing only to be denied a work permit. Star of the 1997 Copa America, Chile’s Dante Poli, played a handful of friendlies as a trialist but was deemed not good enough.

Markus Babbel turned the club down in favour of staying with Bayern, a decision he may have somewhat regretted in 1999, West Ham rebuffed an approach for Rio Ferdinand, while Blackburn owner Jack Walker rejected United’s bid for Berg, with relationships strained from Ferguson’s attempts to sign Alan Shearer before he joined Newcastle.

Eventually, however, Roy Hodgson decided he had enough cover in defence and, keen to invest elsewhere, sanctioned the £5million sale of Berg.

He essentially only played for United for three years, the fourth spent on loan back at his previous club, but he became the first player to win the Premier League with two clubs and left with two league medals and a Champions League winner’s medal.

What was probably his most memorable performance came in Europe during the treble season, a season where he usually found himself understudy to Stam and Johnsen.

Having made a vital goal-line clearance against Inter at Old Trafford to secure a clean sheet, he put in an even more inspired display at the San Siro.

With Johnsen in midfield, Berg stepped up and denied Ivan Zamorano a clear goal by heroically hooking away a Javier Zanetti cross and then lunged desperately to deny an opportunity for Brazil superstar Ronaldo. United won 3-1 on aggregate and went through to the final four. 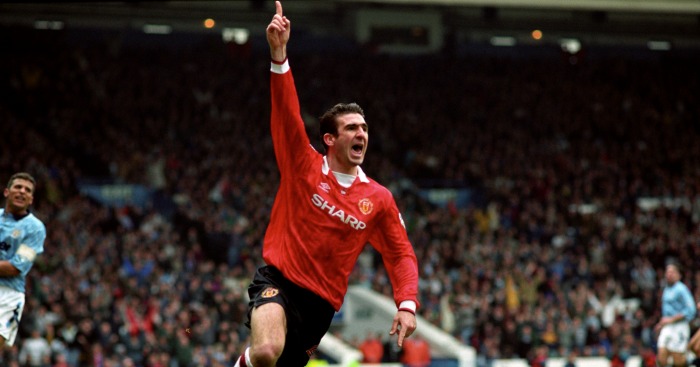 Jesper Blomqvist was signed from Parma in 1998 essentially as cover for Ryan Giggs, but less than 12 months later he was starting in the Champions League final on Giggs’ favoured left side, with the Welshman moved to the right.

Sadly his time at United after this was hampered by injury, but the depth he added to the squad during the treble season was vital in achieving success on all fronts.

He also, of course, became known for his trademark of tucking his hands into his sleeves, which although memorable was hardly a rival for Eric’s turned-up collar in the style icon stakes.

Of the other Scandinavian players to have turned out for United, Henrik Larsson could have been one of the best and most popular of all had he signed sooner, but sadly his stay was too fleeting for him to make a major impact.

However, Zlatan Ibrahimovic deserves a mention, irrespective of whether he goes on to add to his one season in United colours.

Many were sceptical about the 35-year-old’s ability to adapt to the rigours of the Premier League in his twilight years, but in typical defiant Zlatan style he scored on his full debut in the Community Shield, his league debut, his FA Cup debut, and then two in the League Cup final.

There may be another chapter or two left in this tale, but in the meantime, Lindelöf has a lot to live up to. If he can display the same professionalism, reliability and big-game attitude as his predecessors, he’ll be just fine.