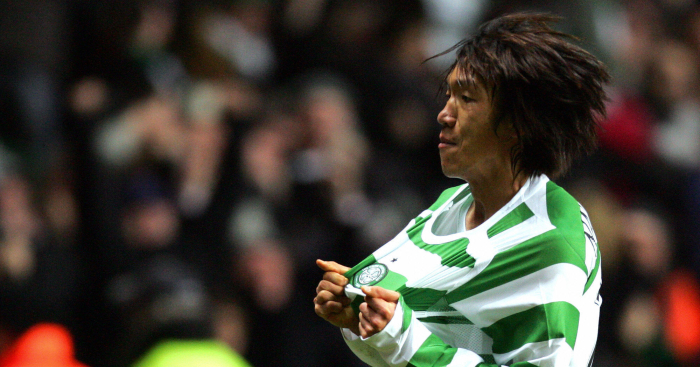 Former Celtic midfielder Shunsuke Nakamura enjoyed a trophy-laden four years at Parkhead. Now 42 years old, you could be forgiven for assuming he’s enjoying his retirement. But you’d be wrong.

Over the course of four years in Glasgow, Nakamura helped his club to three league titles, three domestic cups and an appearance in the Champions League knockout stages, scoring countless great goals along the way.

He had some of the best dead-ball skills ever seen in Scottish football, as well as an eye for spectacular long-distance strikes. Edwin van der Sar knows all about that. Allan McGregor, too.

For reasons that will soon be explained, however, Celtic fans might have a tiny, microscopic reason to resent the legend they call ‘Naka’.

In hindsight, Nakamura’s £2.5million transfer from Reggina in July 2005 was one of the great bargains of the modern era. A cursory glance at his stats and medals leaves no doubt about it.

Interestingly, though, it’s debatable whether Celtic knew how good of a deal they were getting.

The Japanese playmaker had performed well in Italy, but one of Celtic’s main motivations for the transfer was, understandably, the chance to widen their fanbase in Asia.

Upon Nakamura’s unveiling, Celtic chief executive Peter Lawwell commented that “the opportunities he will bring — in terms of commercial spin-offs, especially in Japan and the Far East — are of great interest.” 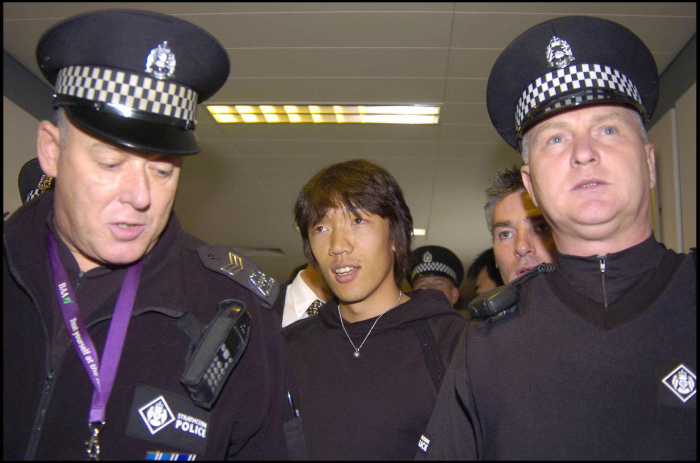 Du provided little besides his nationality. His most memorable moment was a Scottish Cup defeat to Clyde in which he came off at half-time. By January, Celtic had sent him back to Shanghai Shenhua with the receipt.

Nakamura, on the other hand, soon became indispensable. In addition to capturing a genuine Japanese superstar and expanding its Eastern fan base, Celtic had acquired — perhaps by accident — a uniquely talented player capable of lifting the entire team.

Stilian Petrov was a class act, but alongside meat-and-potatoes midfielders like Neil Lennon and Roy Keane, Nakamura was a striking anomaly: he had creativity, incredible technique and a willingness to get on the ball even against aggressive Scottish defences.

He ended his first Celtic season with a league winner’s medal and a huge reputation.

It wasn’t until the 2006-07 season, however, that Nakamura became a household name. For it was then that he shone on a stage far grander than the Scottish Premier League.

Nakamura’s Champions League free-kick winner against Manchester United in November remains one of the great moments in Celtic’s recent history, and words can’t really do it justice.

One should remember, however, that Nakamura had the courtesy to warn Edwin van der Sar about it, having beaten the Dutchman in similar fashion at Old Trafford two months prior.

Though the Parkhead winner was the most consequential (and widely viewed) example of Nakamura’s talents, it was far from exceptional.

During his Celtic career, the midfielder made a habit of scoring pinpoint free-kicks and stunning long-range strikes.

In April 2007, he scored a 91st-minute winner against Kilmarnock, securing Celtic the title in dramatic fashion. The following season, in April 2008, he scored his first Old Firm goal, a wickedly bending half-volley from 30 yards.

Celtic beat Rangers 2-1 and later clinched the title — their third in a row — on the final day of the season.

It wasn’t just important goals that endeared Nakamura to Celtic fans, though.

Despite not speaking English, the midfielder had a big personality and was happy to talk (through a translator) about his philosophical approach to the game and determination to become a better player.

He was also keen to try new things off the pitch.

In addition to eating and enjoying haggis, the playmaker once tried Lennon’s snus at a Christmas party. “He had to get dragged out of Didier Agathe’s restaurant with his wee legs getting dangled,” Stephen McManus later recalled.

Of course, all good things come to an end, and during the 2008-09 season Nakamura suggested he would leave Celtic at the end of his contract in order to return to Japan, having left his country of birth some seven years prior.

It had been a brilliant journey.

Although Celtic failed to win a fourth consecutive title that year, Nakamura still gave fans plenty to sing about in his final campaign, including a hat-trick against St Mirren in February 2009.

(Incidentally, one of the songs echoing around the terraces referenced Nakamura “eating chow mein” and “voting Sinn Fein”, despite the midfielder openly professing his haggis habit.) 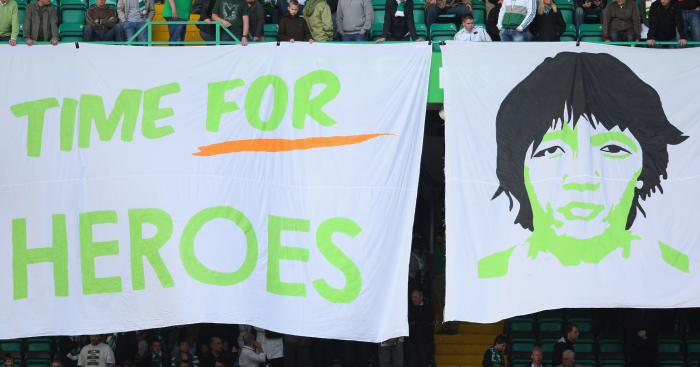 At the time, none at Celtic begrudged Nakamura’s decision to leave: the midfielder had played a big part in a highly successful era for the club and had more than earned the right to leave when he saw fit.

Because while Nakamura admitted in December 2008 that he “always intended to go back and finish [his] career at [Yokohama] Marinos”, his career epilogue hasn’t exactly been a brief victory lap.

Nakamura left Celtic as a 30-year-old seemingly nearing the end of his peak years, giving him time for a quick stop in La Liga before returning home for his autumn years.

But the midfielder is still playing. 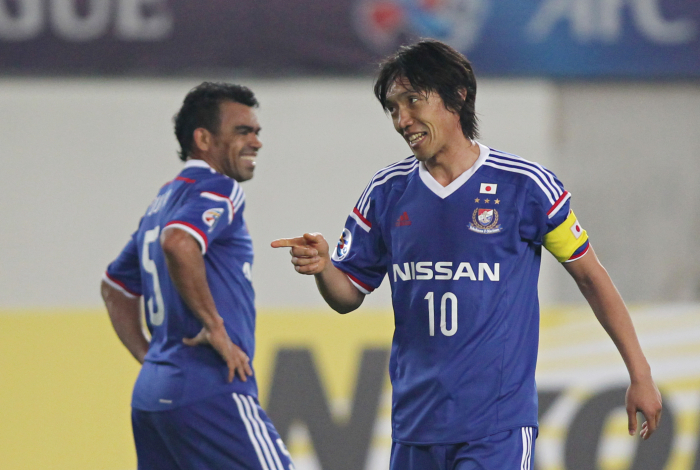 Now at Yokohama FC in the Japanese top division, Nakamura has been playing for 24 seasons. His has been a career of extraordinary moments and extraordinary longevity.

And therein lies the one minuscule reason why Bhoys could possibly begrudge their former star.

Nakamura left Celtic to end his career in Japan, but, on this evidence, he could have hung around Scotland for another decade before doing so.

In fact, maybe there’s time to get him back…