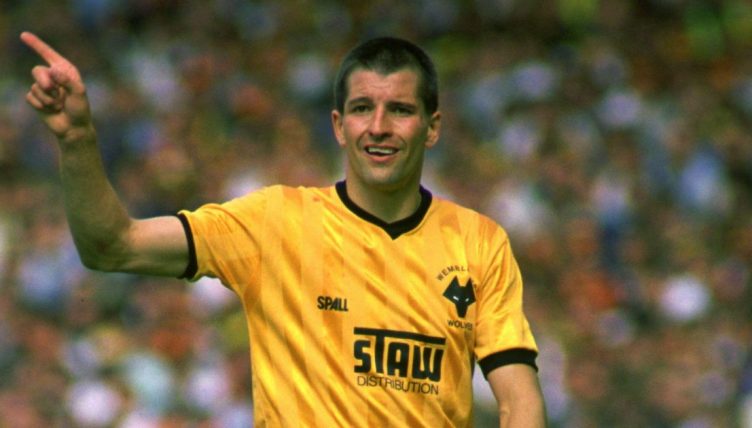 Jean-Claude Van Damme, Jackie Chan, Jet Li – there were some very dangerous feet throughout the 90s, though perhaps none with the ferocity and frequency of Stephen George Bull.

Born and bred in the Black Country, Bull made his name at local club Tipton Rovers, balancing manual labour work with the hard graft of non-league football.

The semi-professional game was made for a player like him: scrapping with centre-halves from first whistle to last, smashing in goals on pitches which made the Somme look like a snooker table, then downing pints of mild in the bar afterwards.

His goal-a-game ratio earned him a move to West Bromwich Albion, but he was eventually considered too raw for the top tier of English football and discarded from the Hawthorns for having a first touch like a harpoon.

So, Bull arrived at Wolverhampton Wanderers in 1986. Or at least he arrived at the crumbling remains of the mighty Wolves. By this time Molineux was in such a state of disrepair that you wouldn’t blame the groundsman for buying a time-share in Chernobyl.

The players trained in the car park or at local amenities strewn with dog shit. Crowds had dwindled down to a few thousand. The days when 50,000 or more would turn up to worship the great Billy Wright were a distant memory.

This decaying monolith of a club needed a new hero. And in Steve Bull, affectionately nicknamed The Tipton Skin, they got one. 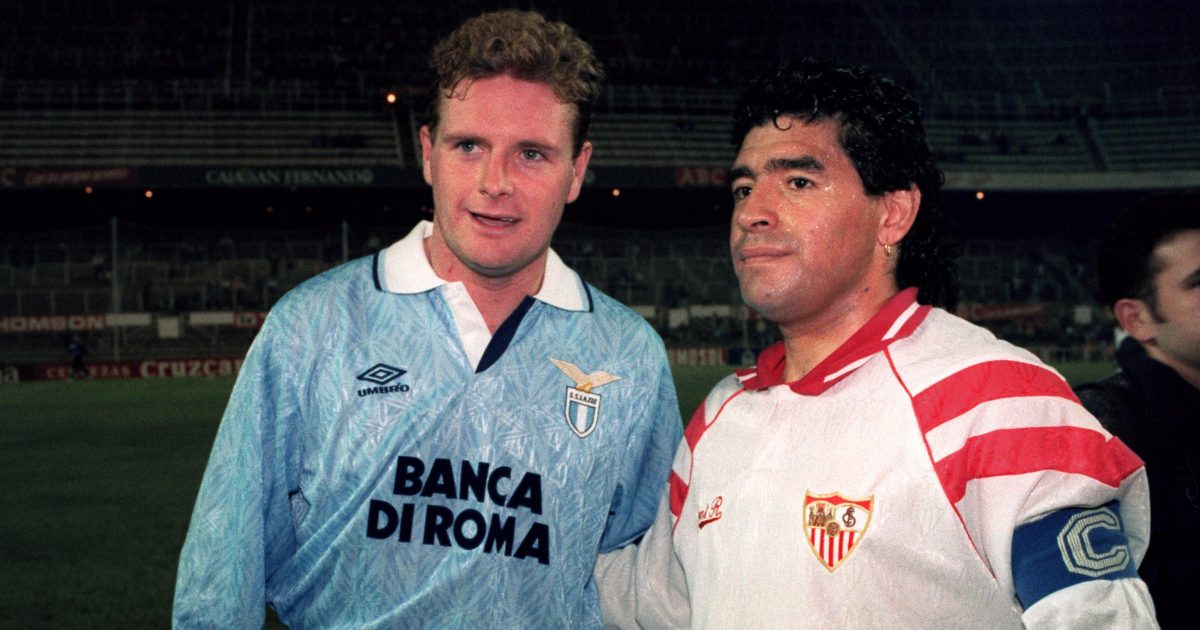 It’s hard to accurately describe Bull’s style of play. He had all the technical finesse of a Tyrannosaurus rex chasing a steak and onion pasty. He was a raw talent who relished in the physicality of the lower leagues. If the centre-half gave him a kick, Bull puffed his chest out, put his elbows up and got ready to dish out a receipt. Soon defenders looked forward to facing Bull as much as Superman fancied a Kryptonite sandwich.

His goalscoring figures were positively heroic. There were two fifty-goal seasons in the late 80s as Wolves sealed successive promotions.

For many of us, actual sightings of Bull in the wild were few and far between. However, his name was known up and down the country thanks to his regular appearances in the classified scores section of Shoot!, Match and the top-scorers chart on Ceefax.

The zenith of his career was undoubtedly in 1988-89. Bully finished the season as the deadliest striker in the third tier, where his tally of 37 goals propelled Wolves to promotion. And in May 1989, despite the fact he’d never set foot in the Second Division, Bully was summoned for international duty by Bobby Robson. He scored on his debut at Hampden Park, much to the delight of a raucous England following.

On Steve Bull’s birthday, a reminder of his first England in 1989.

The ball bounces unwittingly off his back; he buries it in the corner in a split second.

A few months later, Bull started the new decade in spectacular fashion. He was shitfaced.

Ahead of a New Year’s Day fixture at Newcastle, Bully treated himself to a couple of pints the night before, then a couple more. By kick-off, he smelt like he’d had a pre-match soak in a bath of Stella Artois. His first-half performance was a catastrophe. He was seeing three balls, and they were all bouncing off his shins, his knees and his arse at regular intervals.

What happened in the second 45 minutes is the stuff of legend. Bull emerged like a man possessed and smashed all four goals in a 4-1 win for the visitors.

Later that season, he netted twice in a 4-2 win over Czechoslovakia at Wembley where only a magnificent Paul Gascoigne performance stole the headlines.

A beauty of a pass from Paul Gascoigne, and a brute of a finish from Steve Bull as England beat the Czechs en route to Italia 90.

Get them on the plane…pic.twitter.com/KsU0BvSg1q

When the beloved striker was called up by Bobby Robson for Italia 90, it was feted far beyond the Black Country.

This was a man who’d never played regular top-flight football. He didn’t drive a Jag. He didn’t have a sponsorship deal. He had the showbiz factor of a packet of pork scratchings, and he didn’t care a jot. He was the everyman. The regular Joe who’d risen from the factory line to the Football League. And fans loved him for it.

Those who worried about a man of simple tastes might fare on foreign soil needn’t have. The local newspapers back home encouraged fans to send well-wishes overseas and soon Bully was besieged with sacks of mail wishing him luck for his World Cup adventure.

In the event, Bull made four appearances in Italy, including a start against Egypt. Bizarrely, they were his last caps. Incoming boss Graham Taylor, who preferred an agricultural style of football, decided Wolverhampton’s finest lacked the finesse for world level.

So Bully was left to roam the pastures of England’s second tier, which he did with his customary aplomb. In the space of a decade, his prolific strike rate transformed Wolves from Fourth Division paupers to a team on the brink of the top flight.

Sadly, Wolves always seemed to fall at the final hurdle and one of English football’s greatest goal machines never did set foot in the Premier League. There were no Super Sundays or Monday Night Footballs for Steve Bull. Just a lot of Saturday afternoons the length and breadth of the Football League banging in goal after goal and loving every second of it.

10 of Mick McCarthy’s best & funniest quotes: ‘Some people can f*ck off’