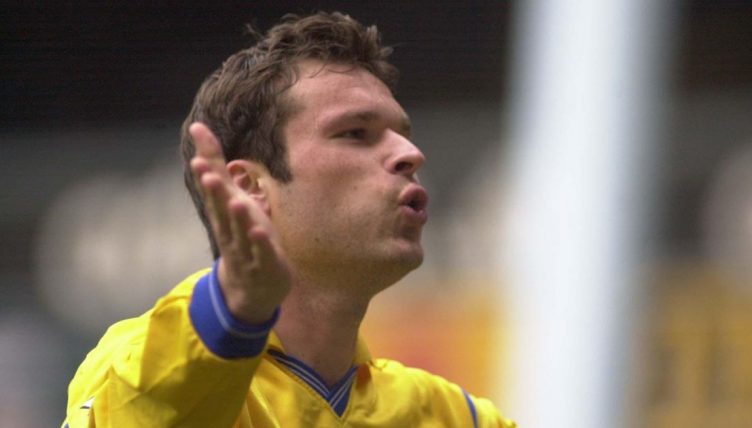 Mark Viduka is well known on these shores for his spells with Celtic, Leeds United, Middlesbrough and Newcastle United, but there is much more to his story than his decade in the UK.

Australia’s migrant history has been both fruitful and divisive in shaping the football landscape.

It was from such turmoil that Mark Viduka rose to prominence, became a force in European football, and then retreated back to obscurity ‒ but not before earning his rightful place among Australia’s greats. This is his story…

Australian football was a very different beast in the 1990s. For context, the Socceroos hadn’t qualified for a World Cup since their maiden (and goalless) appearance in 1974.

Mired in the obscurity of Oceania, international fixtures were a procession of dominance over small island nations, punctuated by disappointment in intercontinental play-offs.

The NSL was the national competition, fervently supported but lacking investment and, in the eyes of the public, civility.

Teams were mostly founded along distinct ethnic lines. Italians, Greeks, Macedonians, Hungarians, Croatians and Yugoslavs were on a weekly collision course in the suburbs.

The football was good but invariably came with a sideshow of geopolitical scor- settling.

Rightly or wrongly, the league was deemed a basket case, and football was stigmatised by a stubbornly white Australia.

To play ‘soccer’ was to opt out of assimilating to more esteemed pursuits such as cricket, rugby and Australian Rules football.

Mark Viduka, born in Melbourne to a Ukrainian-Croat mother and Croatian father, made his debut for the Melbourne Knights (formerly Melbourne Croatia) as a 17-year-old. He played just two full seasons, twice winning the Golden Boot and Johnny Warren Medal for the league’s best player. He also led the Knights to their maiden NSL title in 1994-95.

He was the country’s most valuable prospect by some distance, not that he seemed to care much about acting like it. He was confident in his ability but uneasy in the spotlight. When asked what he liked to do outside football, Viduka answered: “Sleep.”

Addressing speculation about his future career path, he said: “I think I’d be able to fit in most parts of Europe. I’m not too fond of England, I just think it’s a bit too quick for me, and I’m sort of a lazy player. I don’t really like running that much.”

Despite his obvious promise and the fact that Viduka was already a capped Australian international by this point, his close ties to Croatia ensured not everybody was a fan of his.

“Is it necessary for him to give the fascist salute and kiss the Croatian flag on his shirt every time he scores a goal?” wrote one such person in 1994. “If he loves Croatia so much, he should return to the land of his parents.”

Viduka laughed off the criticism – “The oldies like it…I thought I’ll get in the good books with them,” he said of his celebration – but in the small pond of Australian football the teenager became disillusioned under the weight of expectation and injuries.

At an Olyroos training camp in Perth, Viduka broke down, unable to walk. He’d developed a severe case of osteitis pubis (an often untreatable groin inflammation).

Having been flagged as high-risk years earlier at the Australian Institute of Sport, he was meant to be following a strict stretching regime.

“He never had a problem at the AIS, was always fit and never missed training,” said Ron Smith, Viduka’s longtime mentor.

“When I asked him about it, he said, ‘To be honest with you, I used to do all my own stretching (at the Knights), but the players took the piss out of me and I stopped doing it. They said you don’t have to do all that rubbish.'”

Luckily, thanks to months of treatment, Viduka was able to get back on the park. But the lapse would plague his fitness for years to come.

By 1995, it was time to go abroad. Contracts arrived from Borussia Dortmund and Japan. At the same time, Croatia’s first democratically elected president, Franjo Tudjman made a state visit to Australia.

As a matter of priority, Tudjman asked to meet Viduka’s family. He outlined his plan to make Dinamo Zagreb (then Croatia Zagreb) a force in Europe, thus showcasing Croatia’s talent to the world. And he wanted Viduka to make it happen.

Tudjman offered to fly the 19-year-old to Croatia immediately on his private jet. While he baulked at this proposition, the big striker would make his own way there a few weeks later.

Unfortunately, whatever ideals Viduka might have held about his father’s homeland were soon dashed by reality. Croatia only declared independence from Yugoslavia in 1991 and was still beset by war when Viduka arrived.

Tudjman was a divisive figure and, as his popularity dived, so did that of his pet signing. Despite helping Zagreb to three consecutive league and cup doubles, Viduka was done.

His own fans started to boo him, even when he scored in a derby against Hajduk Split. “I thought, this is not football,” he later recalled.

Proving his worth at Celtic and Leeds

He returned amid heavy scrutiny of his mental health to impress in the back end of the season. He positively exploded in 1999-2000, scoring 25 goals in 28 league games in his only full season with Celtic, picking up the SPFA’s Players’ Player of the Year award. 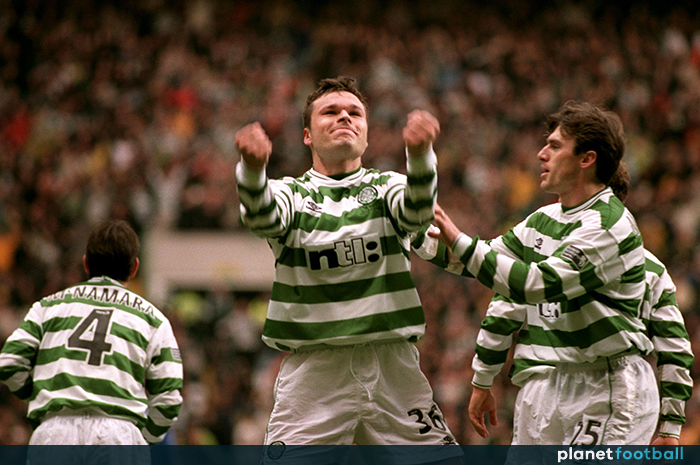 That form prompted Leeds United to part with £6million for his services, and his burgeoning partnership with Alan Smith helped the Yorkshire club to a surprise Champions League semi-final berth in 2001.

But Dukes reached his undisputed zenith the following season in a 4-3 win over Liverpool at Elland Road in which he scored all four goals.

It was a devastating showcase of his talents. He chipped the keeper twice, rose gracefully for a header, and pirouetted to turn Patrik Berger’s knee into a pretzel.

This was Peak Viduka: a threat in the air but majestic with the ball at his feet. To trot out the ‘good touch for a big man’ cliche fails to do him justice. He had a brilliant touch for any man. He just happened to be big as well. And that made him bloody dangerous.

This capped an astonishing 4-goal Mark Viduka display in Leeds 4-3 Liverpool in 2000 – requested by @SirHaighofUKAR among others!#PL25 pic.twitter.com/ypqvtAKrud

He could turn, feint, and backheel to leave defenders sprawling and helpless. The more the opposition crowded him, the more space he had to lay off deft passes to the likes of Smith, Harry Kewell and Lee Bowyer.

Best of all, at the end of That Liverpool Game, instead of succumbing to any chest-beating bravado, he offers a childlike wave to the camera and says: “Hi Mum!”

I’m convinced David O’Leary has never felt a more profound love than what he showed for Viduka that day. That he’s been married for over 30 years is irrelevant. 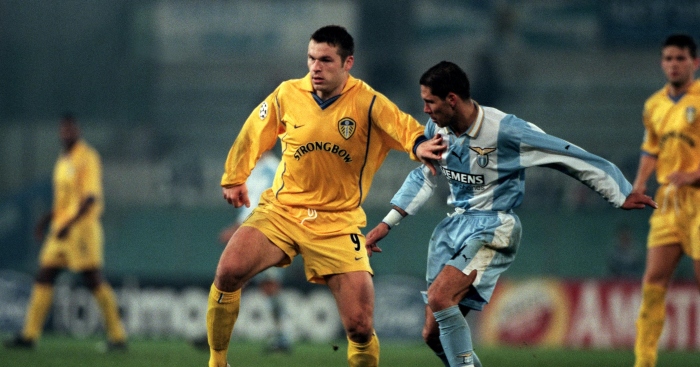 READ: Remembering the night Mark Viduka & Leeds produced an assist for the ages

Something changed in Australian football in 2005. I mean, obviously, the Socceroos beat Uruguay to qualify for the World Cup. It was the bit before that. Before the euphoria.

Burnt by the heartbreak of Melbourne in 1997 and the hostility of Montevideo in 2001, the fans rallied. Indifference gave way to a collective urge. The Sydney crowd was aggressive, raucous, but unified.

Viduka wore the armband during Australia’s greatest sporting hour. Although he missed his penalty in the shootout, it was his flick to set up Australia’s goal that forced the shootout in the first place.

At the World Cup proper, he led Australia through the final group game against Croatia in Stuttgart. The Socceroos had seven squad members of Croatian heritage. Croatia had three players raised in Australia, including triple yellow card villain Josip Simunic.

It was another demonstrative moment for Australian fans. Here was a batch of players talented enough to have a choice of allegiance, Viduka chief among them. And they’d chosen Australia. Then they went one better and progressed to the second round. 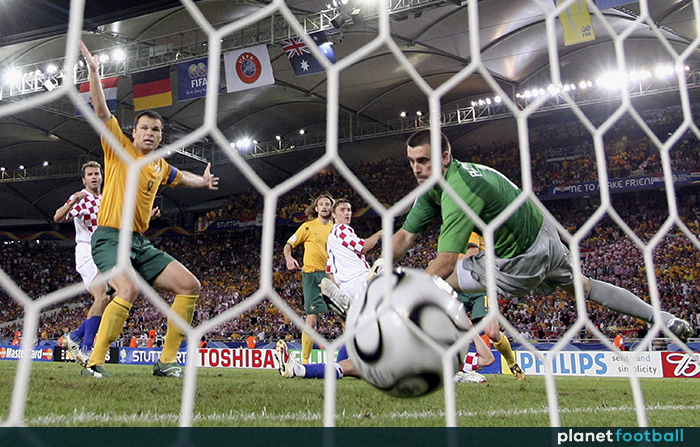 Viduka lacked the dynamism of his youth ‒ persistent injuries had seen to that. But he was the focal point of Australia’s attack, and a symbol of a more galvanised footballing public.

A decade earlier, he’d been a lightning rod for ‘go back where you came from’ sentiment. By 2006, he was no longer a Croatian born in Australia. He was an Australian of Croatian heritage. He wasn’t lazy, he was a leader.

There’s a sense that Viduka never quite made the most of his career. He withdrew from international duty at the age of 31 and retired altogether at 33 amid a raft of injuries.

At his best, he was a beautifully instinctive player with infinite time on the ball ‒ the most complete player Australia has produced. Yet considering his troublesome work ethic and unease with fame, it’s amazing he reached the heights he did.

The irrational greed of fans dictates that once we see a glimpse of potential, we demand players perform to that standard, with robotic reliability, until we say they can stop. Of course, it doesn’t really work like that. 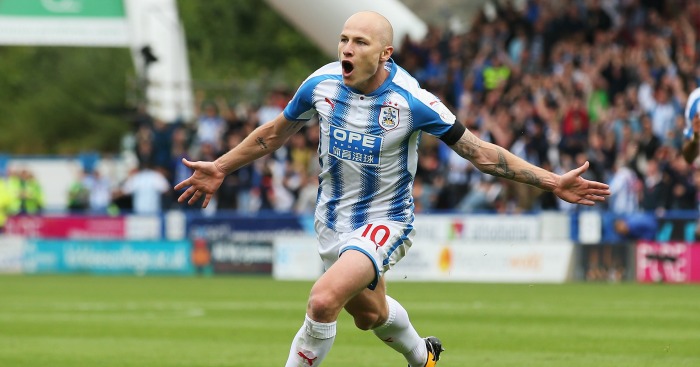 QUIZ: Can you name every Australian to appear in the Premier League?

Interviewed in 2011, Viduka said: “I have this complex. I don’t like too much exposure. I don’t know why it is. Maybe it’s bred in me, because my dad always told me to be humble and don’t think you’re too good.”

“Maybe he drummed it into me too much. It’s good to be humble, but it’s also a good thing to be proud of your achievements. I am proud, but it’s funny, because you’re disappointed with your non-achievements as well. I would have loved to have been a different character.”

Viduka lives a quiet life back in Melbourne with his wife and three sons. He’s still a diehard supporter of the Knights, the only Australian club he represented since the age of six. When he watches them now, he does so from the Mark Viduka Stand.