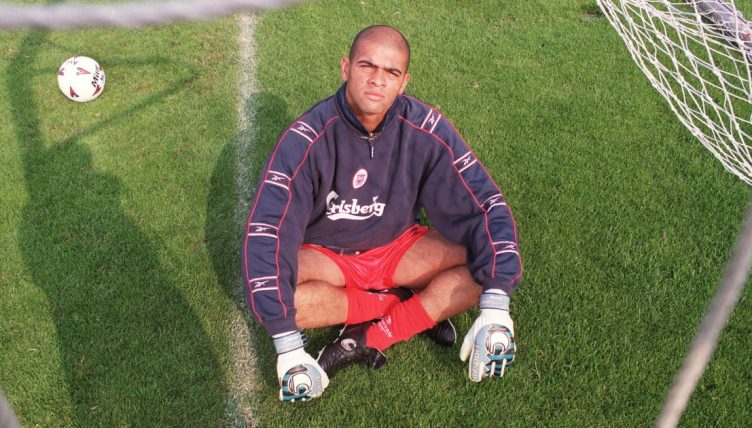 Tony Warner didn’t even play once for Liverpool in his five years at Anfield, but 120 appearances on the bench did at least give him a front-row seat for one of the best ever Premier League games.

Warner left his job as a trainee accountant to join Liverpool as a 20-year-old in 1994, but the Scouser never once got the opportunity to deputise for David James before leaving for Millwall in 1999.

Not that he looks back at his time at Anfield with anything but fondness.

“To be involved in the team and the club was fantastic,” Warner says. “It was a strong side we had. It was good times for me personally.

“You walk in and there’s John Barnes, Mark Wright, Ronnie Whelan, Bruce Grobbelaar, David James, Jan Molby – you’re talking about league-winning players who knew how to get you over the line.

“Just a few years before Liverpool were very successful, before the shift of power to United, and the quality of players there was amazing there for a young lad going in.” 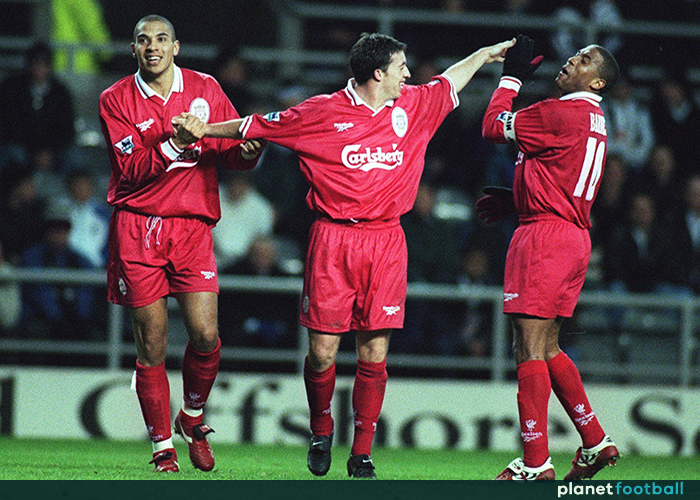 Though Warner never got to experience the buzz of playing in front of the Anfield crowd, he did at least get to witness history when, on April 3, 1996, he took his usual spot on the bench for Liverpool’s crucial Premier League clash with Newcastle United.

Over 40,000 packed into Anfield that spring evening, and though Warner could not have predicted what was to follow, he knew the atmosphere would be electric.

“Anfield at the time was very vocal, with the famous Anfield roar and the Kop,” he says. “It was a really good atmosphere, especially with it being under lights which was always more atmospheric, I found.

“It was late on in the season, you’ve got Newcastle coming to try and do a job on us with a very exciting side, it was coming towards the sharp end of the season and we weren’t in a bad position so it was an important game for us.

“Everyone was looking forward to it – it was always a very positive changing room with the experience we had there and everyone was up for it.”

It took just two minutes for Liverpool to open the scoring when Robbie Fowler found space at the back post to head home a delightful Stan Collymore chip from the byline.

It was a sign of things to come for the Anfield crowd.

“He wasn’t the tallest fella, but he was very good with his head,” Warner says of Fowler.

“It was a fantastic start for us, that’s exactly what you want, being up after two minutes against a team around you, but then the game evolved very quickly.

“It was a very open game, with a lot of counter-attacking going on. Defensively it wasn’t the best game in the world, but for excitement it was right up there.

“Both teams were going for it, prepared to drive on, backing themselves going forward, leaving gaps behind.”

The silence at Anfield came when Les Ferdinand and David Ginola turned the game on its head with two goals in the space of five minutes, giving Newcastle the lead before a quarter of an hour had passed.

The first involved a mistake from James.

Warner recalls: “[Faustino] Asprilla got down the right-hand side, had a cheeky nutmeg of Razor in the area and rolled it to Ferdinand, who took a touch and hit it quite quickly, but I remember being quite surprised as it was a goalkeeper mistake, as it goes just to the right of Jamo.

“A keeper of his quality shouldn’t be letting goals in like that.”

However, Warner was never in any doubt they could get back into the game because of the quality Roy Evans had at his disposal.

“The quality of player that we had, Fowler stood out for me in that era. He always had goals in him, he was an amazing player, he was one of the best finishers in the world, I reckon.

“He was both footed, he was dynamic, he was rapid, good with his head, very sharp mentally, he was tough and he knew the game so well.

“When you’ve got the likes of Fowler and Collymore, as on his day he was almost unstoppable, we knew we’d have opportunities to peg it back.

“When Ginola scored we had 75 minutes to go; it’s difficult to go behind early on, but the silver lining is there’s still a lot of time left to get it back, and with the atmosphere in the ground, it wasn’t the end of the world.”

Despite one of the most exhilarating encounters in history going on just in front of him, Warner struggled to enjoy what was happening during the second period.

“If you’re a neutral sitting at home it’s great, it’s ding-dong action. But when you’re on the bench or out on the pitch, it’s all about winning.

“It’s fine looking back retrospectively on games, but if you ask any player or manager, they like to go out and destroy teams. You want to beat teams as quickly and as early as possible.

“As a Liverpool fan it’s superb, but if you go ask any Newcastle fan they’ll be frowning straightaway. We couldn’t enjoy it, it was too hectic, it was nail-biting stuff.”

Fowler found the back of the net for a second time to level things up on 55 minutes, but Newcastle took the lead again two minutes later as Asprilla made a fine run, which resulted in James rushing off his line 25 yards, allowing the Colombian to clip the ball around him in what was another goalkeeping error.

“You’re always glad it’s not you when a mistake has been made,” Warner says, “but you feel for him as you’re behind him, you train with him every day.

“Me and Jamo had a good working relationship, I got on with him really well. Even though you want to play, he’s got the shirt, so you wish him all the best. There was no tension, I wanted Liverpool to win that night, I wanted Jamo to do well.

“But there was a bit of an error for the first and for the third it was a terrible rush of blood. Jamo was never going to get there in a million years, I don’t know what he was thinking.

“He’s rushed out of the area to the point where he can’t use his arms, and Asprilla has recognised that and with the outside of his foot he’s just clipped it around him.

“If you look as it goes in, it just bobbles as it goes in just inside the post. If he’d held his ground it could have given defenders the opportunity the chance to get back.

“It was a rush of blood, it was a bad decision and it was the wrong one.”

Liverpool were not finished yet, though, and Warner knew, with Anfield behind them, they could get something out of the game.

Collymore got on the end of a superb whipped cross from Jason McAteer to make it 3-3 with over 20 minutes left, but the scores were still level going into injury time. It looked as though the Reds would have to settle for a point.

Then, of course, the calmness of John Barnes gave Collymore the chance to win it for Liverpool, causing a slight earthquake as fans celebrated the most dramatic of victories, leaving Kevin Keegan slumped over the advertising hoardings.

“That’s what he [Barnes] was all about; in training session five-a-sides, John Barnes’ team would almost always win as he was the one person who would put himself out there in these sessions to orchestrate.

“He would never shut up, he would pull strings from the start of the game to the end, he would demand things from his teams, he was one step ahead, he was very knowledgeable.

“It needed something like that to maybe get the edge in that game in the latter stages. It got knocked into Barnes 35 yards out, he’s rolled it someone, made the run, got it back, and passed it on to Ian Rush.

“That level of quality is what it needed to unlock Newcastle. I remember when Barnes and Rush were passing to each other, they were almost on top of each other!

“The Newcastle players converged on them, they’ve drawn in four or five players, because they thought he’d messed it up, but the calmness of John Barnes there to spot Stan come from the left-hand side and roll it across to him to make himself a hero.

“Stan took a touch and nailed into the near-post, Srnicek has gambled and left his near post exposed, so it’s another that’s a goalkeeping error.

“Then the Kop exploded. Keegan and McDermott were deflated, but the Liverpool bench was the exact opposite, it was just pure elation, then that’s when you realised you’ve been involved in a great game.

“If Stan’s shot had been saved and it ended 3-3 it would have been a decent ding-dong game where we both got bloodied noses and both got our shots in, but it wouldn’t have been remembered as much as it has been.

“It just shows you that one bit of calmness from John Barnes and one bit of quality from Stan has took the game to a stratospheric level.”

Warner accepts it was the greatest game in Premier League history. He may never have got to kick a ball in anger for the club, but saying he was there was good enough.