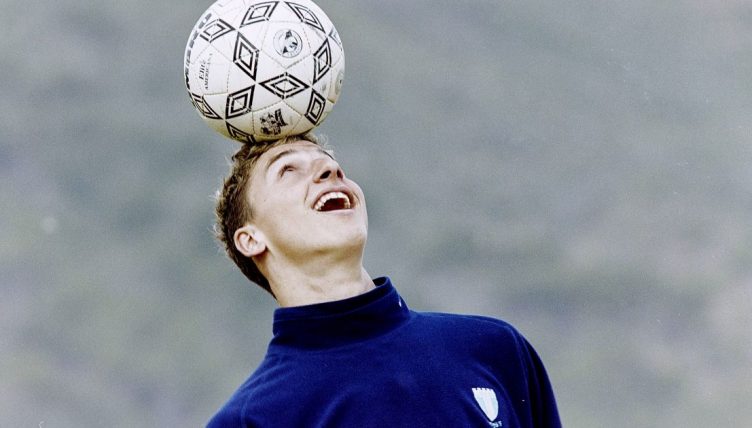 We’ve all got one or two of those moments in our lives that we look back on and think ‘if only’.

Maybe your mate told you about this new internet money thing called Bitcoin back in 2011 and you just shrugged and told them it’d never amount to anything. Or perhaps your email account diverted that dream job offer into the spam folder and by the time you saw it, they’d offered it to someone else.

For the most part, those possibilities won’t be quite as frustrating as QPR and Gerry Francis’ ‘if only’ moment – when they managed to let one of the finest footballers of the modern era slip through their careless digits.

The 90s had started wonderfully at Loftus Road. QPR were a comfortable top-flight team. They had Ray Wilkins pulling the strings and Les Ferdinand banging in the goals.

And, after the arrival of the majestically bemulleted Gerry Francis and the ushering in of English football’s new golden age, they’d become London’s foremost football team, finishing fifth in the Premier League’s inaugural 1992-93 season. It was new, it was exciting. The club was on the up.

By 1998, though, things had taken a disastrous turn. Two more top-10 finishes had followed that brilliant season in 1992-93, but Francis took his hairspray across London to Tottenham in November 1994 and Ferdinand was sold to Newcastle in July 1995. The Loftus Road project had had the rug ripped out from under it.

A predictably terrible season followed and by 1996 the Rs were preparing for their first second-tier campaign since 1982-83. In the next two campaigns, they got through five managers (including caretakers) as they scrapped around at the arse end of the First Division.

#ManagerMonday Gerry Francis
Managed Exeter City, Bristol Rovers, QPR and Spurs.
Finished 5th in the inaugural Premier League season with QPR and were the highest placed London team in 92-93. Left QPR for Spurs in 1994 before rejoining QPR in 1998. Famous for his mullet pic.twitter.com/ewEJmLMwhZ

By late 1998, they’d gone back to Francis, hoping a little of the old magic would return. And in a potentially very intelligent attempt to recruit from the continent to supplement their attacking force of Iain Dowie, Chris Kiwomya, Kevin Gallen and Steve Slade, they invited two Swedish 16-year-olds over for a week-long trial.

They were, you imagine, quite eager to make an impression in England. Ibrahimovic made sure the impression was a lasting one.

In 2014, Flygare recounted his memories to the Daily Mail: “Zlatan was holding on to the ball for too long and the trainer tackled him when he wasn’t expecting it.

“For that, Zlatan tackled him back and then told the trainer to ‘fuck off’.

The fire in the belly and exalted opinion of his own importance that the big Swede has become world-famous for were clearly there from an early age.

Unsurprisingly, the QPR coach was unimpressed. “He went mad at Zlatan,” Flygare recounted.

“Being in England was so much different. He just told Zlatan: ‘For that, you’re going to breathe through your arse’. I’ll never forget it. We didn’t hear from QPR again. Zlatan didn’t want to play or stay in England, that is my opinion.”

Ibrahimovic may well have given that impression at the time. But as he proved when taking the decision to move to Manchester United 18 years later, he wasn’t entirely averse to the idea of plying his trade in the English leagues.

Of course, his attitudes to England may have been different by 2016. A different age, different priorities. But QPR must surely think ‘if only’ – if only their coach hadn’t been quite so rash in his approach to getting Ibrahimovic to release possession.

In a moment of bravado and a clash of egos, Ibrahimovic had got away.

He would return to Malmo and make his professional debut the following year before eventually picking Ajax as his next destination in the summer of 2001.

Given what he achieved in the Eredivisie, and some of the magic moments he produced in an Ajax shirt before upping again sticks and moving to Juventus, it is probably fair to say that it’s a decision Ibrahimovic doesn’t regret. 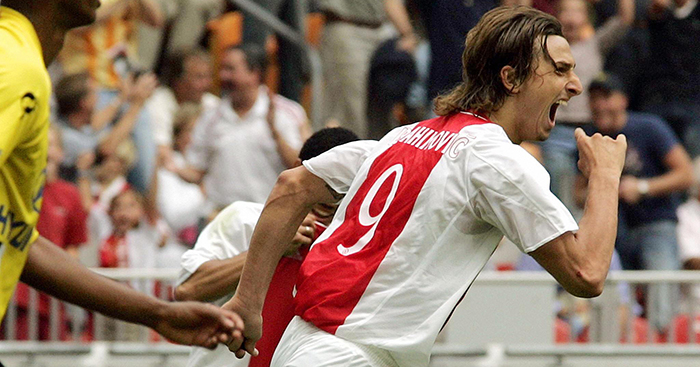 For QPR, meanwhile, the slide toward oblivion continued. Instead of Ibra, they brought in Luke Cornwall on loan from Fulham. Luke Cornwall didn’t score. Luke Cornwall went on to play for Bradford, Woking, Lewes, AFC Wimbledon, Dulwich Hamlet and the Met Police.

Two seasons later, Rangers weren’t so lucky, tumbling into the third tier for the first time in more than three decades amid a veritable shitstorm of financial mismanagement and scandal.

For Ibrahimovic, it wasn’t the last chance he would have to move to England in the early stages of his career though.

In 2001, just before he signed for Ajax, he was invited back to London by Arsenal boss Arsene Wenger.

Later, Ibrahimovic said: “I didn’t have a trial – I came for talks with Arsenal. But Wenger wanted me to do a trial and I said: ‘I don’t do trials. You know who I am.'”

After what happened at QPR, it’s little wonder he refused.

TRY A QUIZ: Can you name all nine clubs that Zlatan Ibrahimovic has played for?